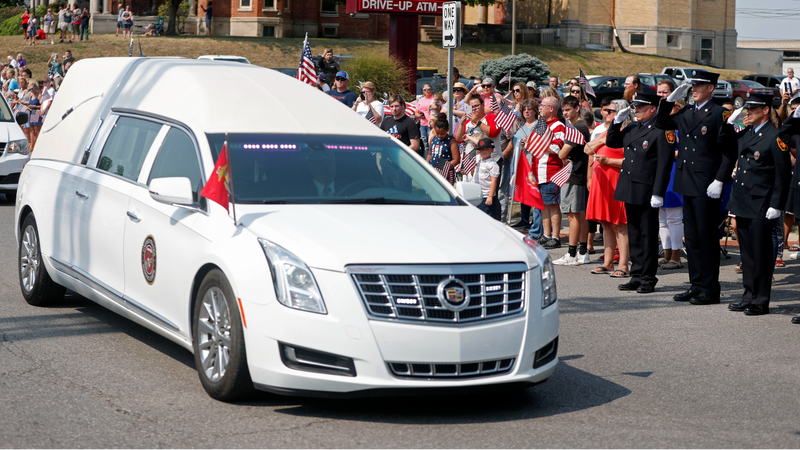 A hearse carrying the body of Marine Corps Cpl. Humberto Sanchez pauses during his funeral procession on Sunday, Sept. 12, 2021, in Logansport, Ind. Sanchez was among 13 U.S. service members killed in a suicide bombing during the U.S.-run evacuation at Afghanistan’s Kabul airport on Aug. 26. Photo credit Christine Tannous /The Indianapolis Star via AP
By The Associated Press

The body of a Marine who was among 13 U.S. service members killed in a suicide bombing during the U.S.-run evacuation at Afghanistan’s Kabul airport was returned Sunday to his northern Indiana hometown.

Sanchez’s body arrived Sunday morning at Grissom Air Reserve Base near Peru, about 80 miles (128 kilometers) north of Indianapolis. The procession then headed about 20 miles (30 kilometers) to Logansport. 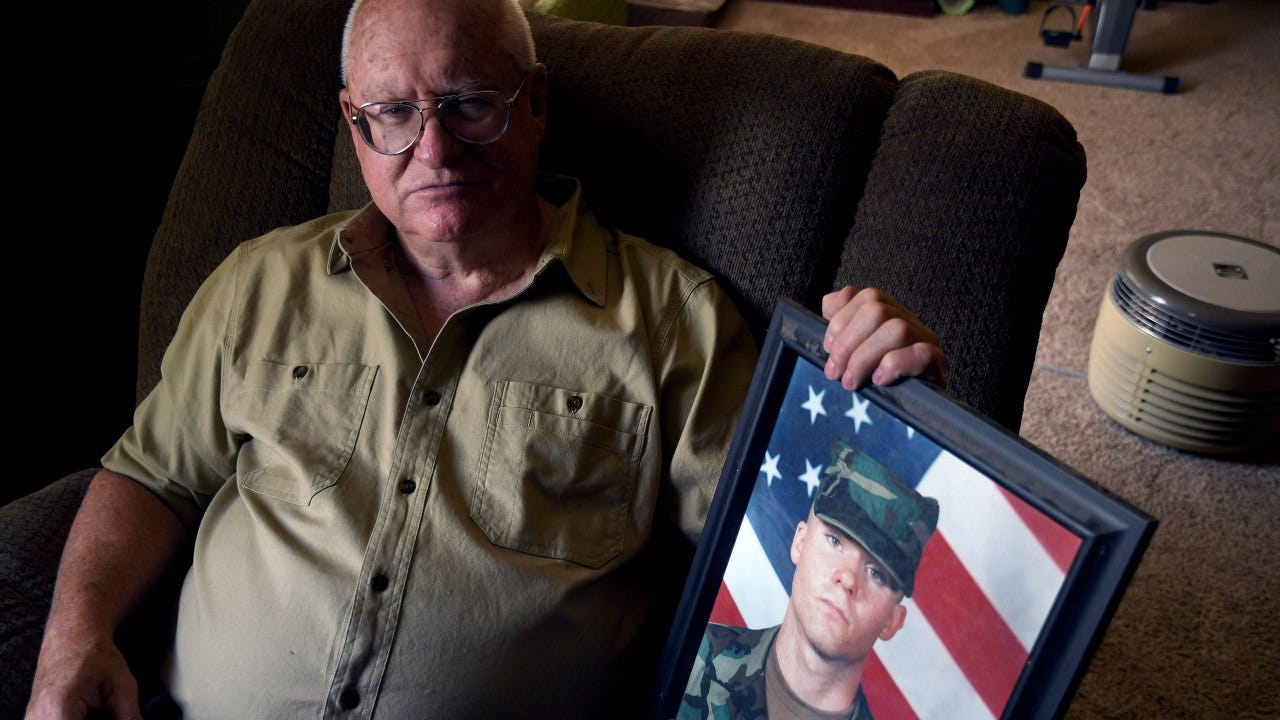 People lined the route to show their respects, many with American flags, and jets flew overhead as the procession approached downtown Logansport. It stopped briefly downtown, where the hearse carrying Sanchez's body paused under a garrison flag. The procession included Indiana State Police and vehicles carrying Sanchez's family, followed by thousands of motorcycles.

Sanchez was among 17 members of his Logansport High School class who joined the military after their 2017 graduation. He died in the Aug. 26 attack in Kabul, where he had been transferred after serving as a U.S. embassy guard in Jordan, according to his obituary.

A public visitation is scheduled for Monday at LifeGate Church in Logansport. The funeral is set for 11 a.m. Tuesday the church. Burial will follow at Mount Hope Cemetery. 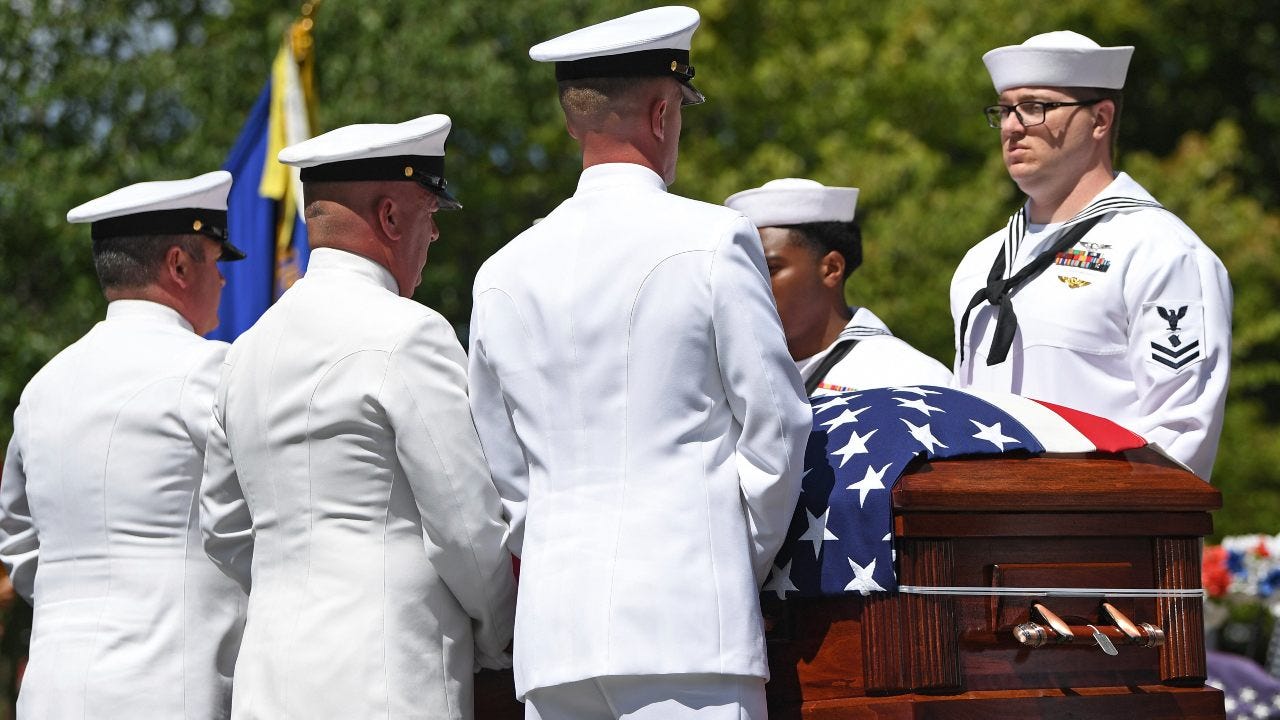