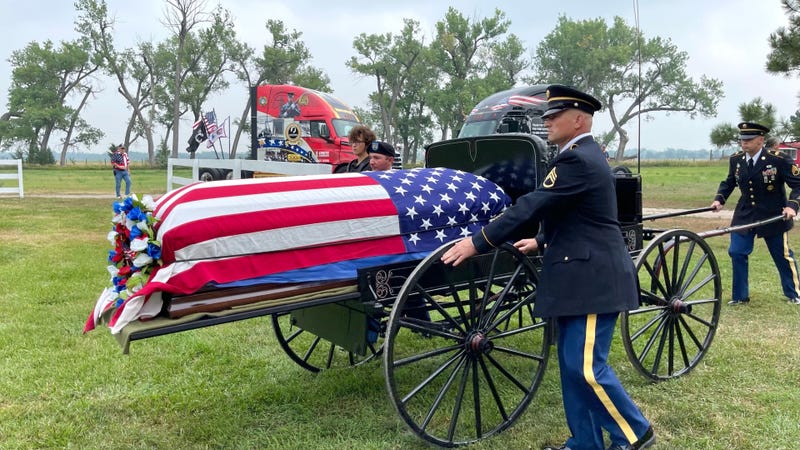 Staff Sgt. Aaron Harris, Maintenance Supervisor with the
295th Ordnance Company in Hastings, Neb., dips his hands while instructing a color bearer from the Civil Air Patrol on the proper technique for rendering honors during a ceremony. Harris and four other Army Reserve Soldiers volunteered to support a ceremony July 31, 2021, in North Platte, Neb., featuring the traveling Tomb of the Unknown Soldier, a replica of the Arlington Cemetery monument, which this year marks its one hundredth year since commissioning. Photo credit U.S. Army Reserve/Maj. Christopher Averett
By DVIDS

It was April when Michelle Lupomech reached out through her connections in the Indiana chapter of the Daughters of the American Revolution to see about bringing the traveling Tomb of the Unknown Soldier replica to her hometown of North Platte, a city of 25,000 in western Nebraska. Dubbed ‘The Energizer Bunny’ by her friends, Michelle had already formed a small committee and was deep into making plans for an event when the word came back: yes, the Tomb was coming.

The second call was from Michelle’s husband Ed, a retired Army Reserve major and Purple Heart recipient, to the North Platte U.S. Army Reserve Center, home of the 1013th Quartermaster Company. Ed was seeking uniformed support for the monument’s visit, and some guidance on how to make the event look and feel as it should.

“I’ve never done anything like this before,” he confessed at the successful conclusion of the ceremony, which saw several hundred service members, veterans and civilians in attendance. “I had some ideas, but I’m so grateful Staff Sgt. Harris was able to take charge of the procession.”

Staff Sgt. Aaron Harris, Maintenance Supervisor with the 295th Ordnance Company in Hastings, Neb., reflected on he and four fellow Reserve Soldiers participating in the event. “It’s absolutely an honor. We can all do more in our community, and remind people that the Reserve is here for them,” said Harris.

Stepping out front of a small formation that included the Army Reserve, Civil Air Patrol, Junior ROTC, a local honor guard and a marching drummer, Harris and his peers quickly coached them on how to stand properly, march together, carry their weapons and the colors. They ran through the sequence of events, clarifying who was to go where, and how to respond when given a command. 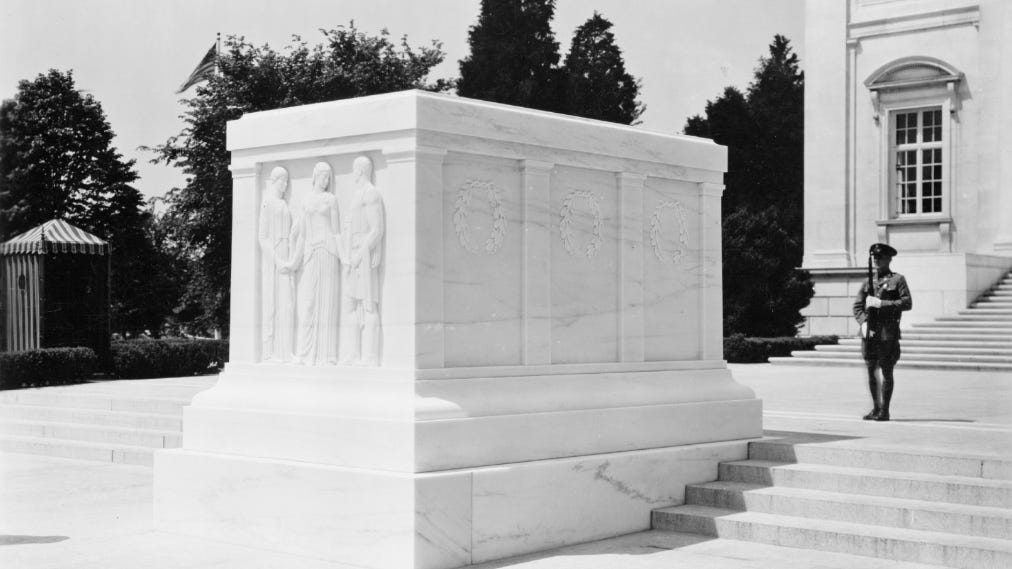 How one Guardsman led fight for creation of Tomb of the Unknown 100 years ago
<p data-uri="www.audacy.com/_components/paragra