Capitol Hill lawmakers are renewing an effort to make the Department of Veterans Affairs mission statement more accurate and inclusive.

VA's current mission statement is a quote from President Abraham Lincoln's second inaugural speech in 1865. It reads "To care for him who shall have borne the battle and for his widow, and his orphan." 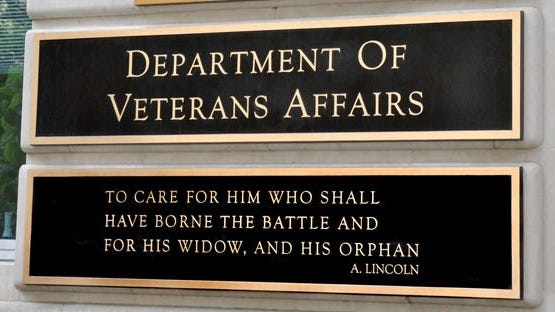 But during Lincoln's time, few women served in the military. Now, more than 10 percent of America's veterans and more than 17 percent of its armed forces are women, leading to calls for a more inclusive motto. Many of those women are eligible for VA services.

In recent years, as the number of women who join the ranks and subsequently leave service as veterans in VA care has grown, so too has the criticism of the department's mission statement. But under the previous administration, then VA Secretary Robert Wilkie and his senior staff pushed back against any potential change, arguing the change could be costly and accusing critics of trying to rewrite history, though officials have often used updated versions of the quote, including Wilkie himself.

The legislation would change the VA mission statement to read: "To fulfill President Lincoln’s promise to care for those ‘who shall have borne the battle’ and for their families, caregivers, and survivors.”

“It is long overdue for the Department of Veterans Affairs to update its mission statement to reflect all Americans who have fought for our nation,” said Rice, who has introduced similar legislation in several previous session of Congress, to no avail.  “Women and LGBTQ military service members and veterans have sacrificed their lives to keep the rest of us safe, and they deserve to be properly recognized by the agency that serves them. I am proud to lead this bipartisan bill with Representative Stivers in the House, and I thank Senators Gillibrand and Murkowski for leading it in the Senate.”

“The motto of the VA must honor the immense sacrifice and courage of all Americans who have served our nation," said Gillibrand, chair of the Senate Armed Services Committee personnel subpanel. Gillibrand called the current mission statement "outdated" and said it needed to be changed to "ensure that the humanity of every individual is clearly seen and acknowledged."

Both men and women have stepped up to serve, and the VA's mission statement "should clearly reflect that," Stivers said.

The current mission statement fails to recognize the service and sacrifices of more than 2 million women veterans and their families, seemingly relegating them to the fringes of the veteran community, according to IAVA. Many of the systemic issues confronting women veterans – inadequate healthcare facilities and access, mental illness, suicide and more – relate to a VA culture that does not adequately acknowledge their service and sacrifice, the group said in a news release.

“For four years IAVA has been calling for the VA to update its motto to reflect the diversity of today's fighting force and our veterans," IAVA CEO Jeremy Butler said. "Every veteran should feel welcome at the VA in an environment that celebrates the service of America’s veteran community as a whole. This is a critical first step and much more work needs to be done to pass the bill into law this year.”

Last year, House Veterans Affairs Committee ranking member Rep. Phil Roe, R-Tenn., who has since retired, said he believed it was "very appropriate" to consider an update that would make the mission statement more inclusive.

"We certainly don't want to change what Lincoln said, but it's time in the 21st century to change it to 'those who have borne the battle,' which would include all our veterans," he said.