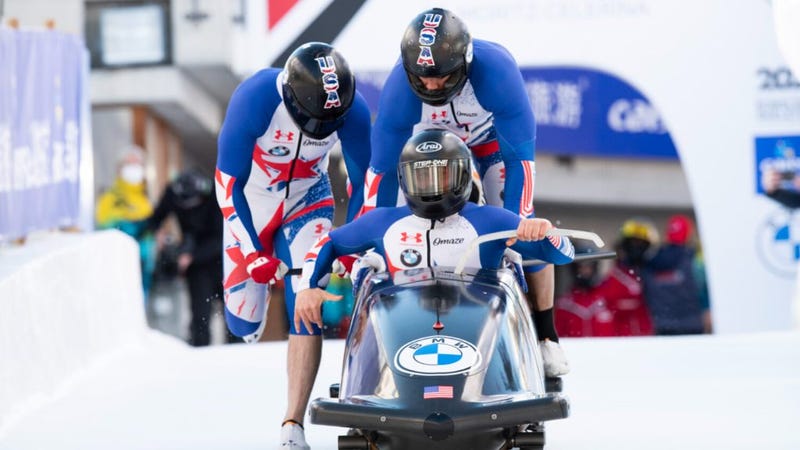 Frank del Duca of USA and team in action during the Men's 4-Bob World Cup in St. Moritz, Switzerland, on Sunday Jan. 16, 2022. Photo credit Mayk Wendt/Keystone via AP
By DVIDS

Four Soldier-athletes assigned to the World Class Athlete Program have been selected to Team USA in their respective sports to compete at the 2022 Winter Olympic Games in Beijing.

“I am incredibly honored and excited to be named to the 2022 U.S. Olympic Team,” said Good. “Representing Team USA at the Games means even more to me as a member of the U.S. Army World Class Athlete Program. The support and camaraderie I have gained has helped me reach new levels.”

“I am humbled and very proud to be representing the United States of America as both a Soldier and an athlete,” said Loomis. “Representing this country and the U.S. Army in Beijing is a true honor and something I hope will inspire future generations.” 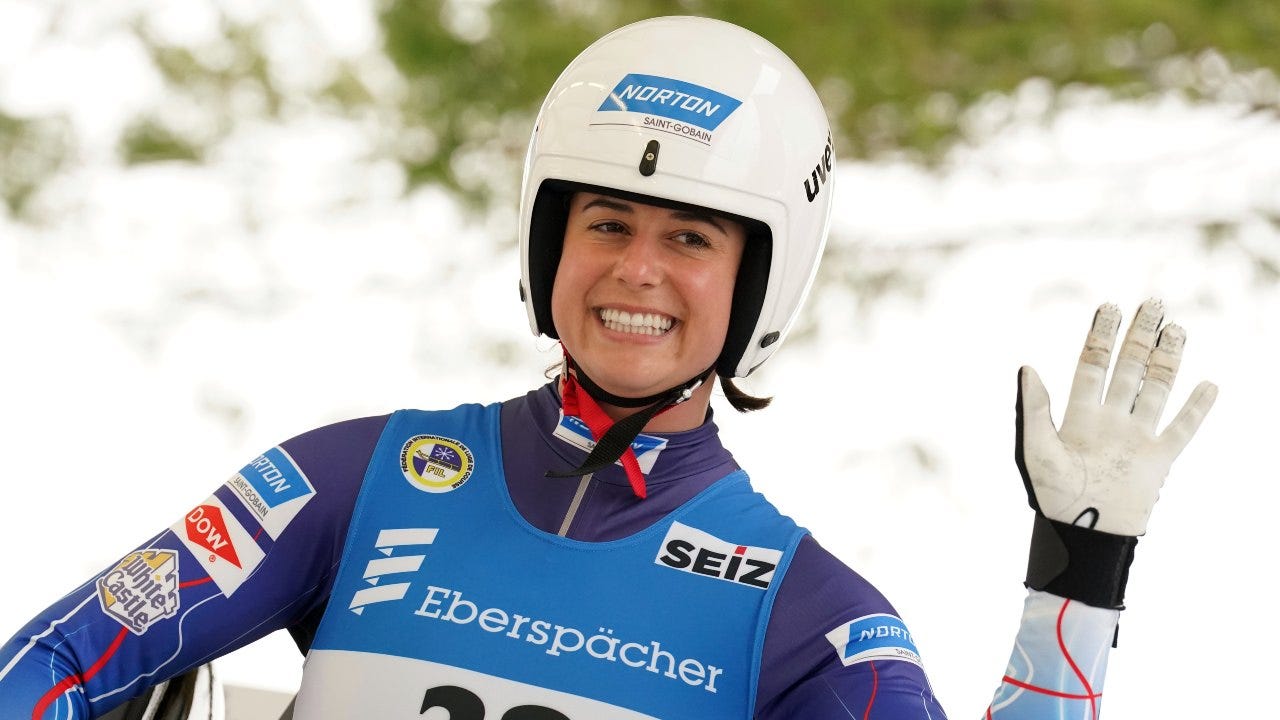 In Bobsled, Spc. Frank Del Duca, an Infantryman from Bethel, Maine; and Spc. Hakeem Abdul-Saboor, a Biomedical Equipment Specialist from Powhatan, Virginia, were both announced to the team on January 17.

“I’m not surprised,” said Del Duca’s father, Frank Del Duca III. “He had a plan and he stuck to the plan.” 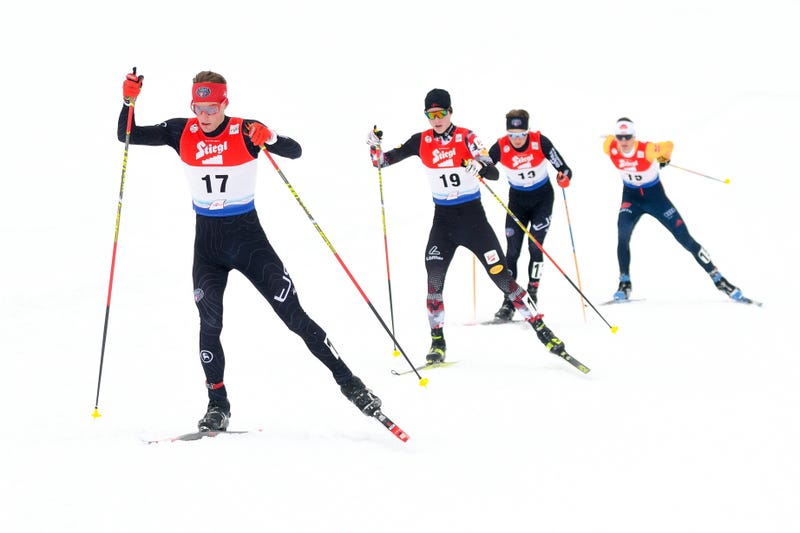 Of the eight men selected to the team, Abdul-Saboor is one of two with most experience, having previously competed in the 2018 Winter Olympic Games in Pyeongchang, South Korea. In 2018, Abdul-Saboor finished 21st in the two-man event and 19th in the four-man event.

In Luge, Sgt. Emily Sweeney, a Military Police Officer from Suffield, Connecticut, earned her spot on Team USA and was announced on January 10.

“I’m honestly just really proud,” said Sweeney. “No one has an easy road to get here and I am proud of myself that I was able to push through a lot and I’m grateful for the opportunity to represent the United States in Beijing.”

Sweeney has been racing in Luge for over a decade, being named Junior World Champion in 2013; along with 1 World Cup gold medal, 5 World Cup silver medals, and 1 World Cup bronze medal.

“The challenges have come from every angle, really. It’s been unbelievable how many different challenges we, as a team, have had to face this year,” Sweeney said during a Zoom press conference. “I’m looking forward to that moment where I can just let it go and be in the moment, but that’s not going to happen until I’m in China.” 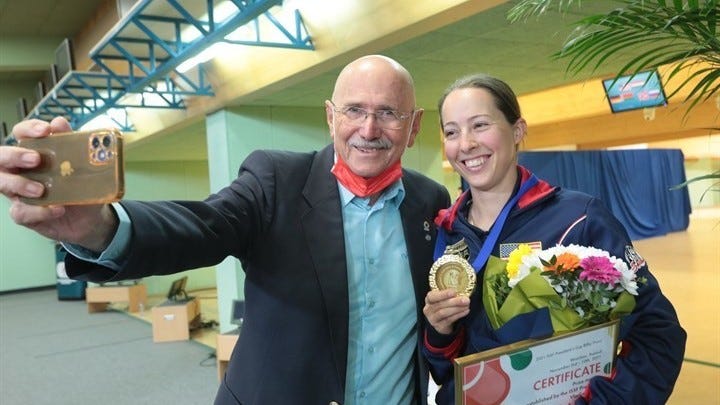 A Suffield, Connecticut native, Sweeney was introduced to sliding by her older sister and Olympian, Megan, and has since competed on five World Cup teams, four World Championship teams and will soon compete in her second winter Olympics. She will join team-mates Summer Britcher and Ashley Farquharson in women’s singles.

In the sport of Luge athletes lay on their back, controlling sleds with their feet, while reaching speeds approaching 90 mph. Margins for winning are usually minimal, measured in hundredths to thousandths of a second.

Nordic combined at the 2022 Winter Olympics will be held on February 9, 15, and 17. In Bobsleigh, the two-man bobsled heats will be held February 14-15 and the four-man event is scheduled for February 19-20. Luge Singles events will take place February 7 and 8.