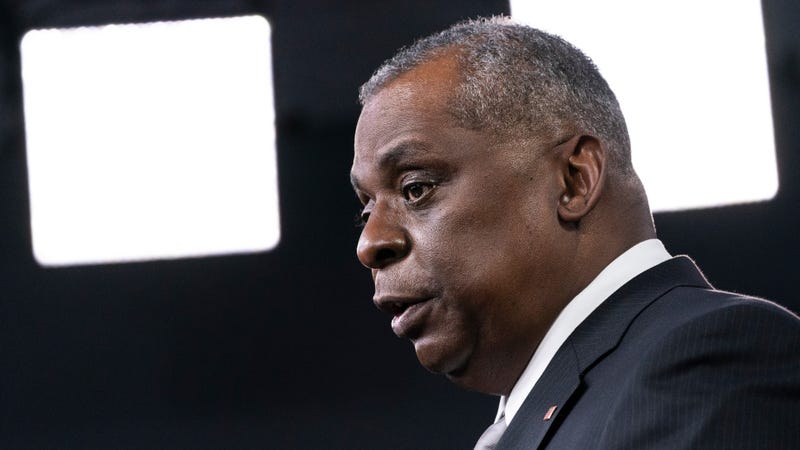 “I’m confident in the target that we went after, we know what we hit,” Secretary of Defense Lloyd Austin told reporters about airstrikes the U.S. military conducted against facilities in eastern Syria. Photo credit AP Photo/Alex Brandon
By The Associated Press

A U.S. airstrike in Syria targeted facilities belonging to a powerful Iranian-backed Iraqi armed group, killing one of their militiamen and wounding a number of others, an Iraqi militia official said Friday.

The Pentagon said the strikes were retaliation for a rocket attack in Iraq earlier this month that killed one civilian contractor and wounded a U.S. service member and other coalition troops.

The Iraqi militia official told The Associated Press that the strikes against the Kataeb Hezbollah, or Hezbollah Brigades, hit an area along the border between the Syrian site of Boukamal facing Qaim on the Iraqi side. He spoke on condition of anonymity because he was not authorized to speak of the attack. Syria war monitoring groups said the strikes hit trucks moving weapons to a base for Iranian-backed militias in Boukamal.

“I’m confident in the target that we went after, we know what we hit,” Defense Secretary Lloyd Austin told reporters flying with him from California to Washington, shortly after the airstrikes which were carried out Thursday evening Eastern Standard Time. 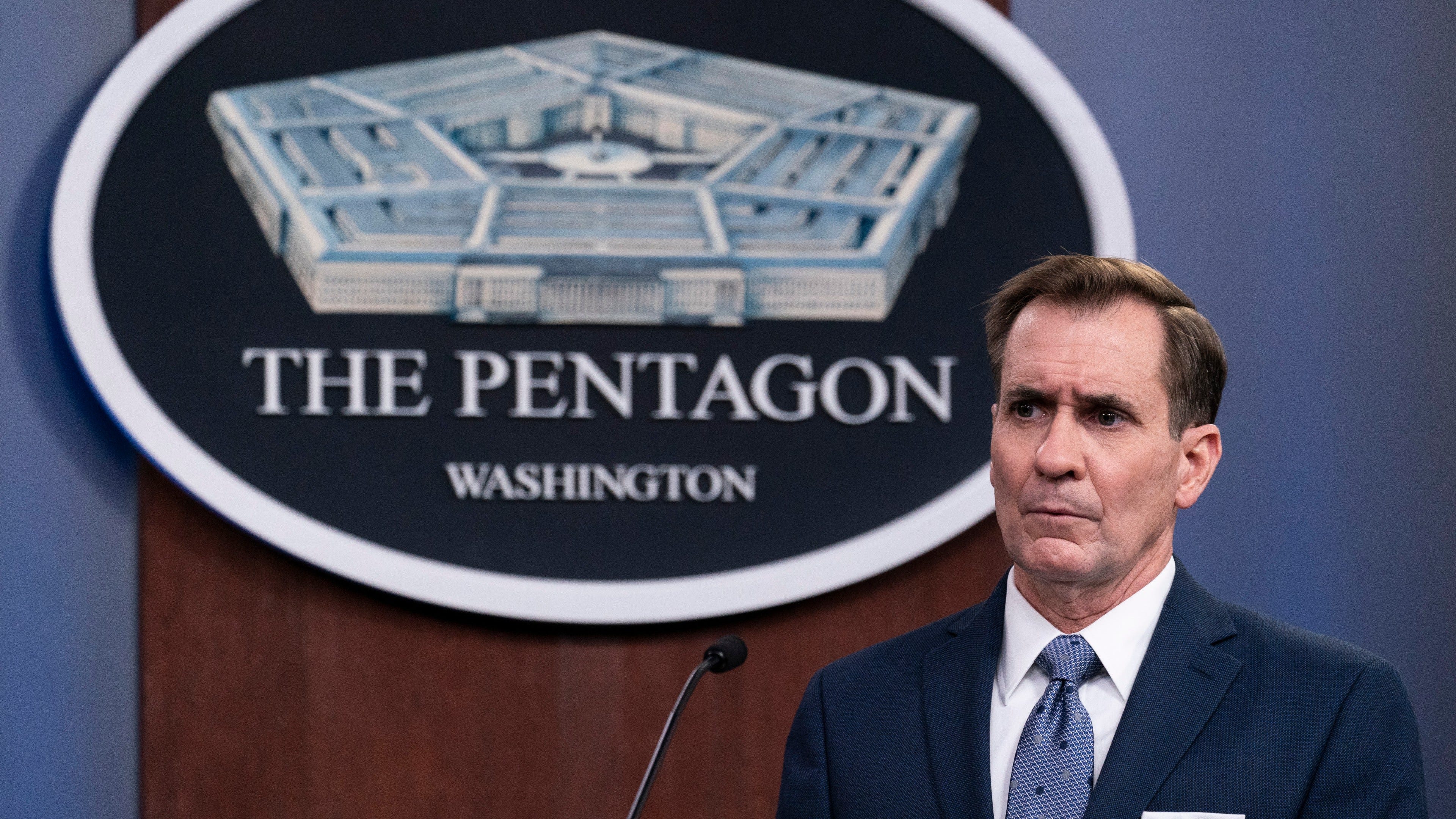 US bombs facilities in Syria used by Iran-backed militia

The airstrike was the first military action undertaken by the Biden administration, which in its first weeks has emphasized its intent to put more focus on the challenges posed by China, even as Mideast threats persist. Biden’s decision to attack in Syria did not appear to signal an intention to widen U.S. military involvement in the region but rather to demonstrate a will to defend U.S. troops in Iraq.

The U.S. has in the past targeted facilities in Syria belonging to Kataeb Hezbollah, which it has blamed for numerous attacks targeting U.S. personnel and interests in Iraq. The Iraqi Kataeb is separate from the Lebanese Hezbollah movement.

The Syrian Observatory for Human Rights, a Britain-based group that monitors the war in Syria, said the strikes targeted a shipment of weapons that were being taken by trucks entering Syrian territories from Iraq. The group said 22 fighters from the Popular Mobilization Forces, an Iraqi umbrella group of mostly Shiite paramilitaries that includes Kataeb Hezbollah, were killed. The report could not be independently verified.

Defense Secretary Austin said he was “confident" the U.S. had hit back at the "the same Shia militants that conducted the strikes,” referring to a Feb. 15 rocket attack in northern Iraq that killed one civilian contractor and wounded a U.S. service member and other coalition personnel.

Austin said he had recommended the action to President Joe Biden. 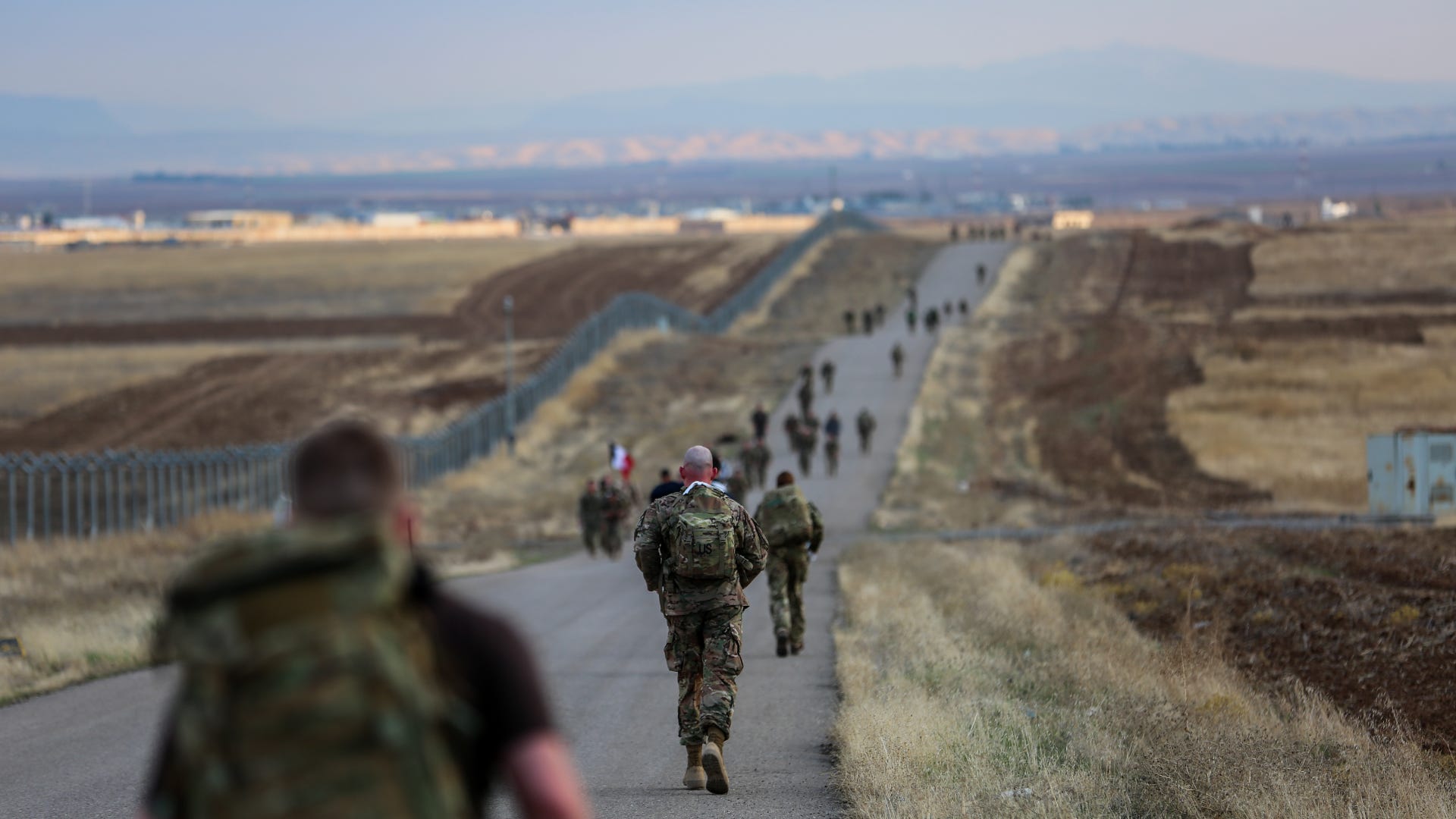 Rockets strike near US base in Iraq, kills 1, wounds 8

Further details were not immediately available.

Mary Ellen O’Connell, a professor at Notre Dame Law School, criticized the U.S. attack as a violation of international law.

“The United Nations Charter makes absolutely clear that the use of military force on the territory of a foreign sovereign state is lawful only in response to an armed attack on the defending state for which the target state is responsible,” she said. “None of those elements is met in the Syria strike.”

Biden administration officials condemned the Feb. 15 rocket attack near the city of Irbil in Iraq’s semi-autonomous Kurdish-run region, but as recently as this week officials indicated they had not determined for certain who carried it out. Officials have noted that in the past, Iranian-backed Shiite militia groups have been responsible for numerous rocket attacks that targeted U.S. personnel or facilities in Iraq.

Kirby had said Tuesday that Iraq is in charge of investigating the Feb. 15 attack. He added that U.S. officials were not then able to give a “certain attribution as to who was behind these attacks."

A little-known Shiite militant group calling itself Saraya Alwiya al-Dam, Arabic for Guardians of Blood Brigade, claimed responsibility for the Feb. 15 attack. A week later, a rocket attack in Baghdad’s Green Zone appeared to target the U.S. Embassy compound, but no one was hurt.

Iran this week said it has no links to the Guardians of Blood Brigade. Iran-backed groups have splintered significantly since the U.S.-directed strike that killed Iranian Gen. Qassem Soleimani and Iraqi militia leader Abu Mahdi al-Muhandis in Baghdad more than a year ago. Both were key in commanding and controlling a wide array of Iran-backed groups operating in Iraq.

Since their deaths, the militias have become increasingly unruly. Some analysts argue the armed groups have splintered as a tactic to claim attacks under different names to mask their involvement.

The frequency of attacks by Shiite militia groups against U.S. targets in Iraq diminished late last year ahead of Biden’s inauguration. 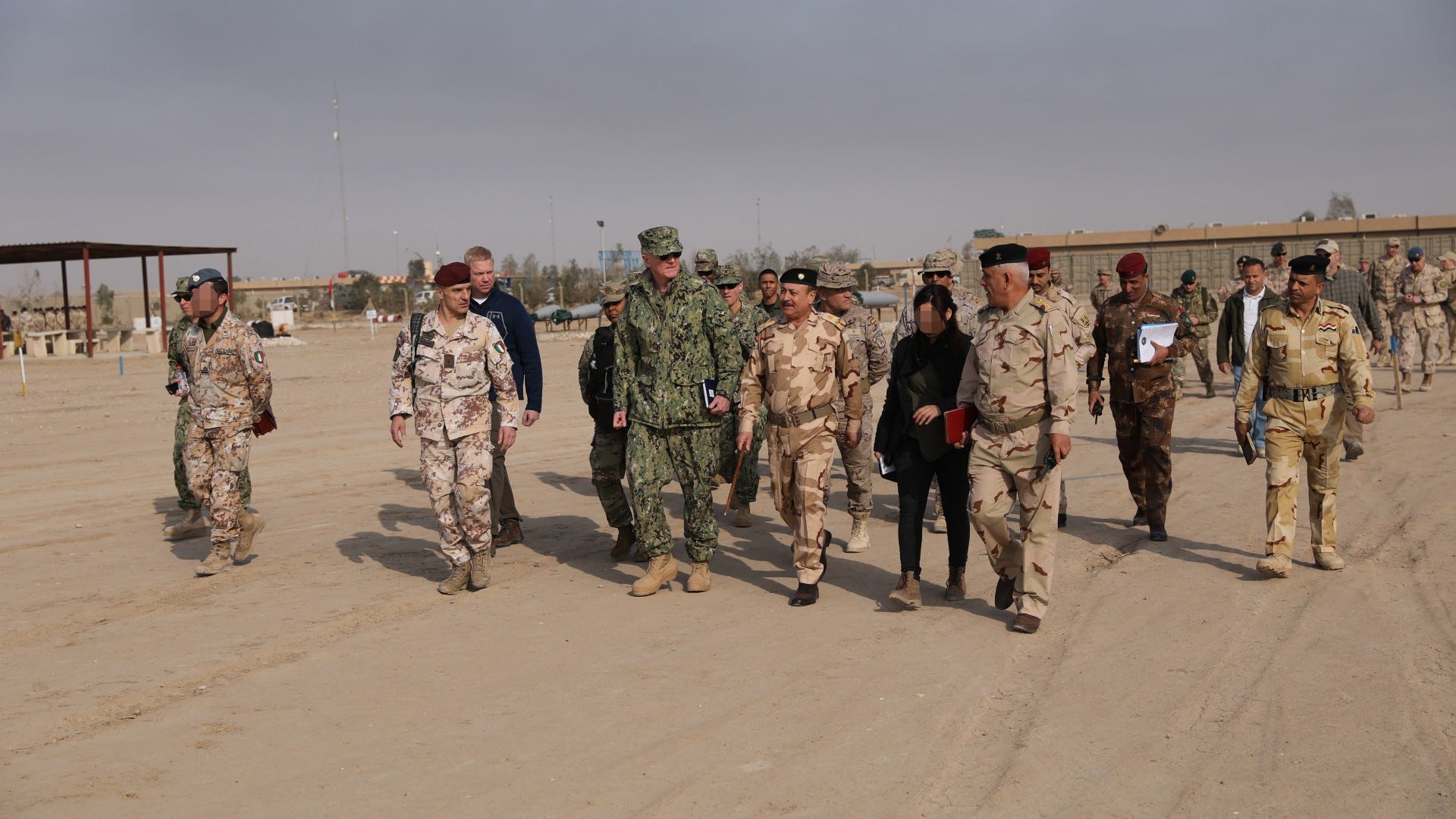 NATO to increase number of troops in Iraq to 4,000

The U.S. under the previous Trump administration blamed Iran-backed groups for carrying out multiple attacks in Iraq.

Trump had said the death of a U.S. contractor would be a red line and provoke U.S. escalation in Iraq. The December 2019 killing of a U.S. civilian contractor in a rocket attack in Kirkuk sparked a tit-for-tat fight on Iraqi soil that culminated in the U.S. killing of Iranian commander Soleimani and brought Iraq to the brink of a proxy war.

U.S. forces have been significantly reduced in Iraq to 2,500 personnel and no longer partake in combat missions with Iraqi forces in ongoing operations against the Islamic State group.