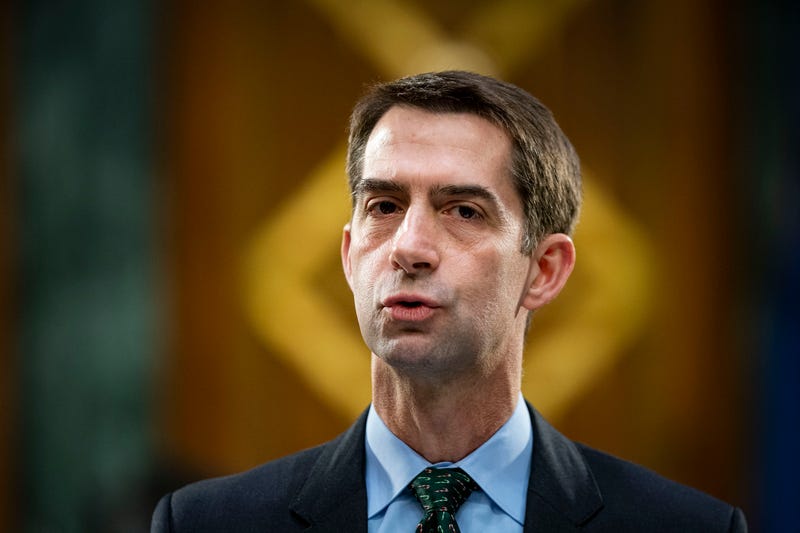 Is Sen. Tom Cotton a Ranger? Riding a post-Trump adrenaline high that hasn't quite cooled off yet, the press and veterans alike debated this subject over the weekend.

Salon jumped into the Ranger School vs. Ranger Regiment debate, publishing a piece that admonished the senator writing that, "when Cotton launched his first congressional campaign in 2012, he felt compelled to repeatedly falsify that honorable military record." The faux pas was apparently that he claimed to be a U.S. Army Ranger despite having never served in the 75th Ranger Regiment.

The last time I wrote about this subject my inbox was filling up with rage for days. Whether it is domestic violence or soldiers killed overseas, rarely do we receive feedback from readers -- but the Ranger School vs. Ranger Regiment debate is a source of inexhaustible angst. Some of you are no doubt wondering what all the fuss is even about.

Here is the deal.

Ranger School is a two-month-long course that teaches leadership and infantry tactics and is available to any qualifying soldier in the Army to attend. As an Army school, it falls under Training and Doctrine Command (TRADOC). The 75th Ranger Regiment, on the other hand, is a special operations direct action unit that falls under Special Operations Command (SOCOM) and includes three battalions and several support elements. Service in the Ranger Regiment requires graduating from the Ranger Assessment and Selection Program (RASP). Not all members of the Ranger Regiment are Ranger School graduates but those in leadership positions are.

To confuse matters even further, instructors assigned to Ranger School and those assigned to the 75th Ranger Regiment both wear tan berets.

If this sounds a bit convoluted, that's because it is, but the distinctions are crystal clear to those who are part of the Army's Ranger community.

When he was a soldier, Sen. Cotton went to a school called Ranger School. When he graduated he pinned a tab on his uniform which said Ranger, and he no doubt wore it proudly. However, many members of the Ranger Regiment will say that he has no right to call himself a Ranger since he did not serve with the 75th Ranger Regiment but rather should specify that he is "Ranger qualified."

While the Army itself can't really make up its mind about who gets to be called a Ranger, neither can the press. In 2015, when the first female soldiers graduated from Ranger School the news media quickly proclaimed them to be Army Rangers. "Kristen Griest and Shay Haver, First Female Army Rangers Graduate Grueling School," NBC News headlined. Certain veteran netizens were quick to point this out to me.

I do recall when the first females graduated from Ranger School, every single loser in the media gleefully piling on Cotton right now rushed to refer to those women as “rangers” so don’t for one second buy their fake outrage now.

"Congratulations to all of our new Rangers," The Washington post quoted Army Secretary John McHugh saying of the event. "Each Ranger School graduate has shown the physical and mental toughness to successfully lead organizations at any level. This course has proven that every soldier, regardless of gender, can achieve his or her full potential."

The Rangers have a rich and colorful history, one that stretches back to the 1600s, well before the birth of the United States itself -- but the matter of who gets the honor of calling themselves a Ranger will no doubt be argued in perpetuity.

In the meantime, my former Detachment Commander in Special Forces had a few words on this subject:

Gentlemen, as an AD Soldier w/ both enlisted (NCO) and officer time, I'm SF and a RGR serving in both USASOC and JSOC. Since bona fides are established, you two leaders should set aside 'hero' prior service attacks and do what you do best...focusing on our Nation...not pettiness