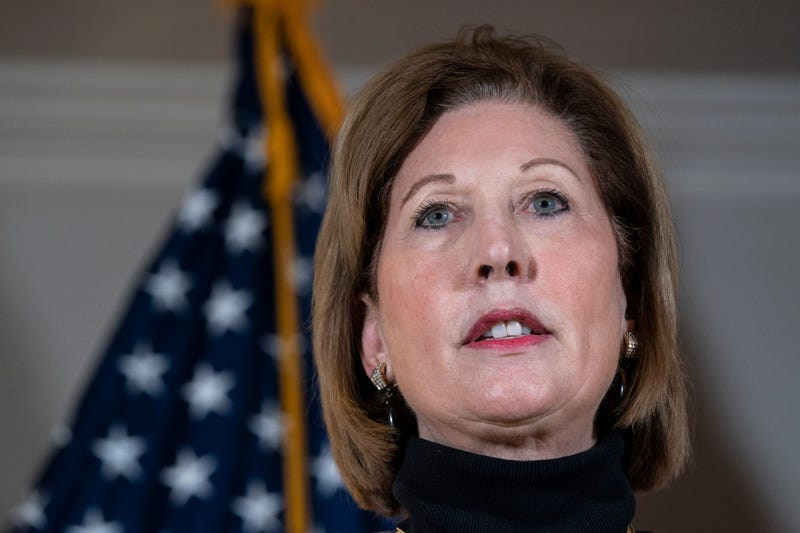 Acting in an independent capacity as a lawyer, Sidney Powell and her team have filed a collection of lawsuits aimed at proving widespread election fraud led President Donald Trump to lose his re-election bid. So far, these lawsuits have been dismissed as evidence of said fraud has not been forthcoming.

In one embarrassing episode, a star witness in one of the affidavits Powell filed was given the code name "Spyder" to protect his identity, but his name was accidentally released due to sloppy work on the part of her legal team in which his true name is visible in the PDF file's bookmarks. Reuters reporter Brad Heath first caught the mistake.

Sidney Powell & Co. told a federal court today they want to seal the identity of the mysterious witness they codenamed "Spider" (despite accidentally revealing his name by not redacting their PDFs correctly).

Even opposing wouldn't get to know Spider's true identity. pic.twitter.com/Lo4vwV6CKC

"Spyder" is in fact 43-year-old Joshua Merritt who works as an information technology consultant in Texas, The Washington Post reported. In his sworn affidavit which claims widespread election fraud he writes, "I was an electronic intelligence analyst under 305th Military Intelligence with experience gathering SAM missile system electronic intelligence."

Army records indicate that Merritt never served in intelligence and did not complete his Advanced Individual Training (AIT) required to work in the field.

“He kept washing out of courses,” Army spokesperson Meredith Mingledorff told the Post, citing his education records. “He’s not an intelligence analyst.”

Contacted by reporters, Merritt conceded that this affidavit statement that he was an intelligence analyst is misleading and that he signed that statement without reading it carefully. He blamed the mistake on Powell's legal team in an interview with The Washington Post.

For an AIT training unit, the 305th Military Intelligence Battalion has received quite a bit of press in recent weeks. Not only does it come up in Merritt's affidavit, but retired Lt. Gen. Thomas McInerney has been a prominent voice spreading a false conspiracy about the battalion fighting election fraud.

Powell, "also found out, through the Kraken, and the Kraken is the 305th Military Intelligence Battalion that works these kind of problems that we have Chinese and Iranian involvement," McInerney recently said in an interview with fellow conspiracy theorist and former CIA officer Michael Scheuer.

Chinese and Iranian involvement in U.S. election fraud is alleged in Merritt's statement, so it is possible that McInerney and others got their wires crossed somehow by using the affidavit as inspiration for their conspiracy theory.

Merritt makes no mention of his former training unit being involved in fighting bad actors abroad who are subverting an American election, nor did he assert the conspiracy theory that McInerney and others have promoted that U.S. "special ops" seized CIA run servers in Germany that were also used in election fraud.

On No. 12, Congressman Louie Gohmert, in an interview with Chris Salcedo on Newsmax TV, announced that US forces had raided a Scytl server farm located in Germany," researcher and author Ross Elder told Connecting Vets. "He claimed the Army seized the Scytl servers and evidence of election fraud would be found on those servers. Gohmert said the source was a 'German Tweet, in German.' The claim spread throughout the QAnon community like wildfire but Gohmert was already late to the game. References to the alleged raid had already spread across Facebook and Twitter."

"It appears Vidaud posted the original statement regarding the raid and all subsequent posts on the subject were referencing his post. His post is constructed in a way to appear as an original thought. It references no sources or eye-witnesses. It is just a statement made by Vidaud," said Elder, who uses his background as an investigator to dispel conspiracy theories.

"A browse through Vidaud's Facebook timeline is a far-right extremist's wet dream. He was posting anti-Clinton memes as far back as 2015 and jumped onto the QAnon bandwagon in the very early days of its emergence. Anti-immigration, pro-Trump, pro-QAnon, anti-Merkel memes flood his posts," Elder continued. "Most concerning, however, is the huge number of pro-Russia, pro-Putin statements, memes, and post shares. Those posts go so far as to share anti-semitic memes, German/Russian brotherhood organizations, and even several posts praising the Russian Nationalist biker gang mercenaries the Night Wolves."