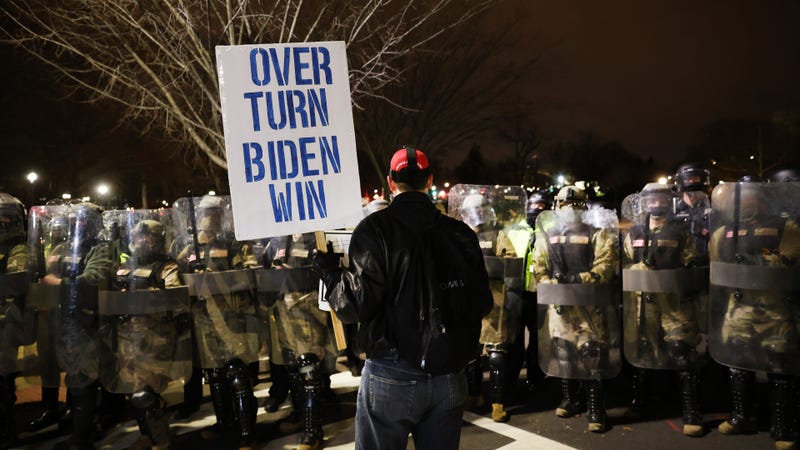 Members of the National Guard and the Washington D.C. police keep a small group of demonstrators away from the Capital after thousands of Donald Trump supporters stormed the United States Capitol building following a "Stop the Steal" rally on January 06, 2021 in Washington, DC. Photo credit Spencer Platt/Getty Images
By The Associated Press

President Donald Trump's acting defense secretary during the Jan. 6 Capitol riots plans to tell Congress that he was concerned in the days before the insurrection that sending troops to the building would fan fears of a military coup and could cause a repeat of the deadly Kent State shootings, according to a copy of prepared remarks obtained by The Associated Press.

Christopher Miller's testimony is aimed at defending the Pentagon's response to the chaos of the day and rebutting broad criticism that military forces were too slow to arrive even as pro-Trump rioters violently breached the building and stormed inside. He casts himself as a deliberate leader who was determined that the military have only limited involvement, a perspective he says was shaped by criticism of the aggressive response to the civil unrest that roiled American cities months earlier, as well as decades-old episodes that ended in violence.

The Defense Department, he will tell members of the House Oversight Committee on Wednesday, has “an extremely poor record in supporting domestic law enforcement," including during civil rights and anti-Vietnam War demonstrations in the 1960s and 1970s.

“And some 51 years ago, on May 4, 1970, Ohio National Guard troops fired at demonstrators at Kent State University and killed four American civilians," Miller will say, adding, “I was committed to avoiding repeating these scenarios.” 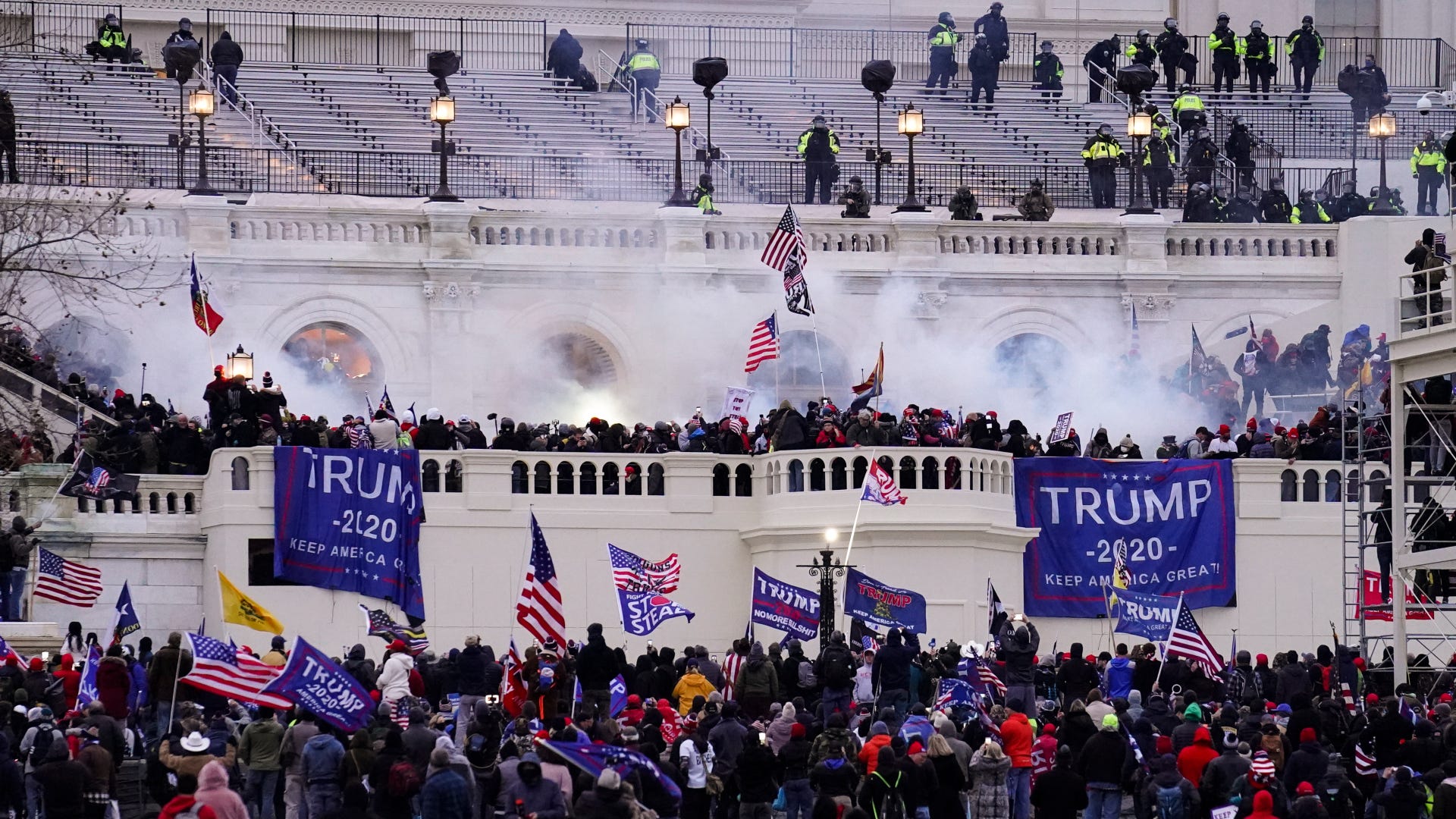 He will also deny that Trump, criticized for failing to forcefully condemn the rioters, had any involvement in the Defense Department's response and will say that Trump had even suggested that 10,000 troops might be needed for Jan. 6.

Miller, expected to testify alongside former acting Attorney General Jeffrey Rosen and District of Columbia Police Chief Robert Contee III, will be the most senior Defense Department official to participate in congressional hearings on the riots. The sessions have been characterized by finger-pointing by officials across agencies about missed intelligence, poor preparations and an inadequate law enforcement response.

Rosen, for his part, is expected to tell lawmakers that the Justice Department “took appropriate precautions” ahead of the riot, putting tactical and other elite units on standby after local police reports indicated that 10,000 to 30,000 people were expected at rallies and protests, according to prepared remarks obtained by the AP.

The Capitol Police have faced criticism for being badly overmatched, the FBI for failing to share with sufficient urgency intelligence suggesting a possible “war” at the Capitol, and the Defense Department for an hourslong delay in getting Guard members to the complex despite the violent, deadly chaos unfolding on TV.

Miller's testimony will amount to the most thorough explanation of Pentagon actions after months of criticism that it took hours for the National Guard to arrive. 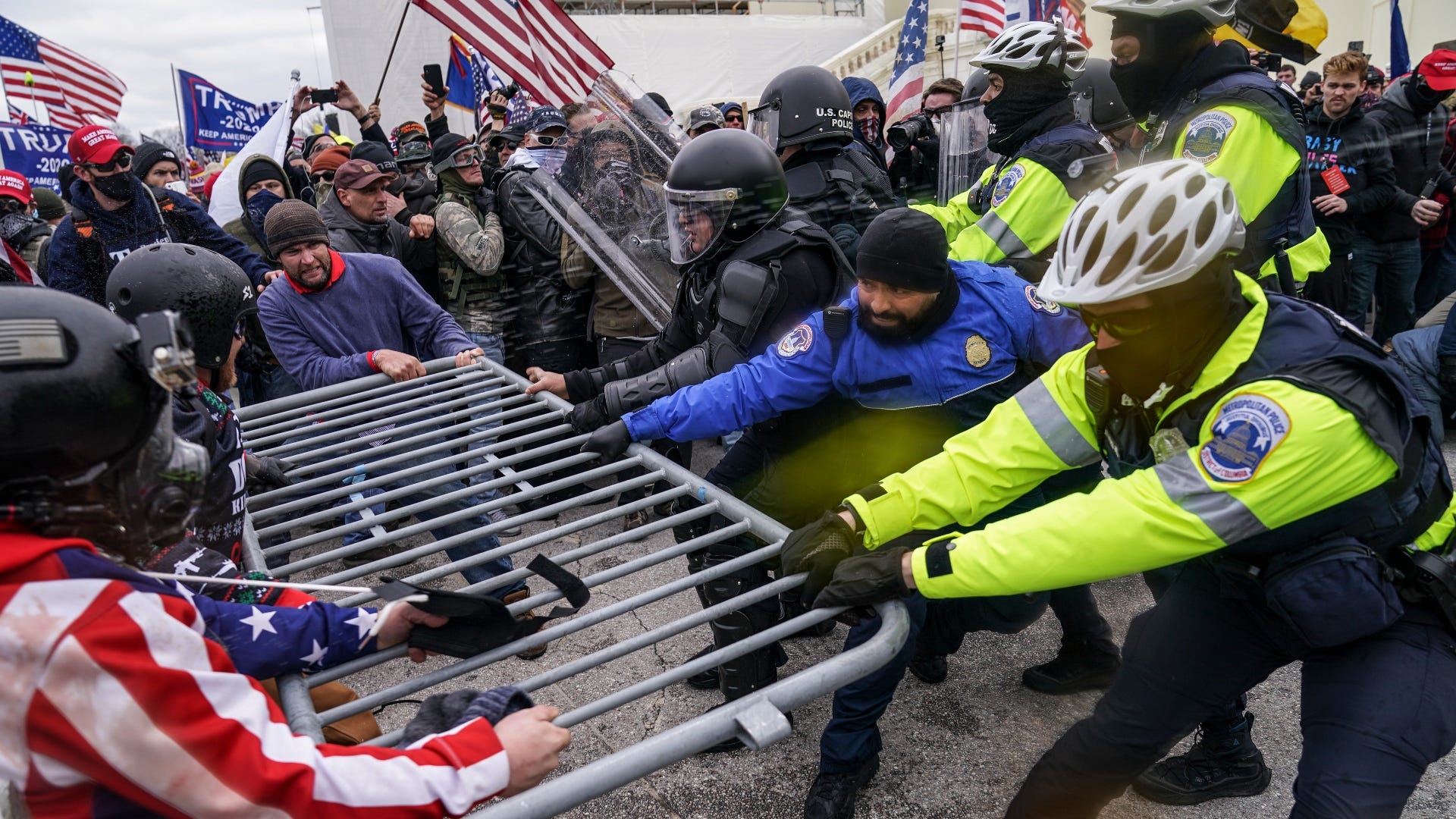 Pentagon looks to root out extremists targeting US troops

In his remarks, he defends his resistance to a heavy military response as being shaped by public “hysteria” about the possibility of a military coup or concerns that the military might be used to help overturn the election results. Fearful of amplifying those suspicions — as well as the chance that a soldier might be provoked into violence in a way that could be perceived as an attack on First Amendment activities — he says he agreed in the days before the insurrection to deploy soldiers only in areas away from the Capitol.

“No such thing was going to occur on my watch but these concerns, and hysteria about them, nonetheless factored into my decisions regarding the appropriate and limited use of our Armed Forces to support civilian law enforcement during the Electoral College certification,” Miller will say. “My obligation to the Nation was to prevent a constitutional crisis.”

Democrats have signaled that they intend to press Miller on why it took so long for the National Guard to arrive despite urgent plans for help. Miller will contend that those complaints are unjustified, though he also concedes that the Guard was not rushed to the scene — a decision that he maintains was intentional.

“This isn’t a video game where you can move forces with a flick of the thumb or a movie that glosses over the logistical challenges and the time required to coordinate and synchronize with the multitude of other entities involved, or with complying with the important legal requirements involved in the use of such forces," he will say. 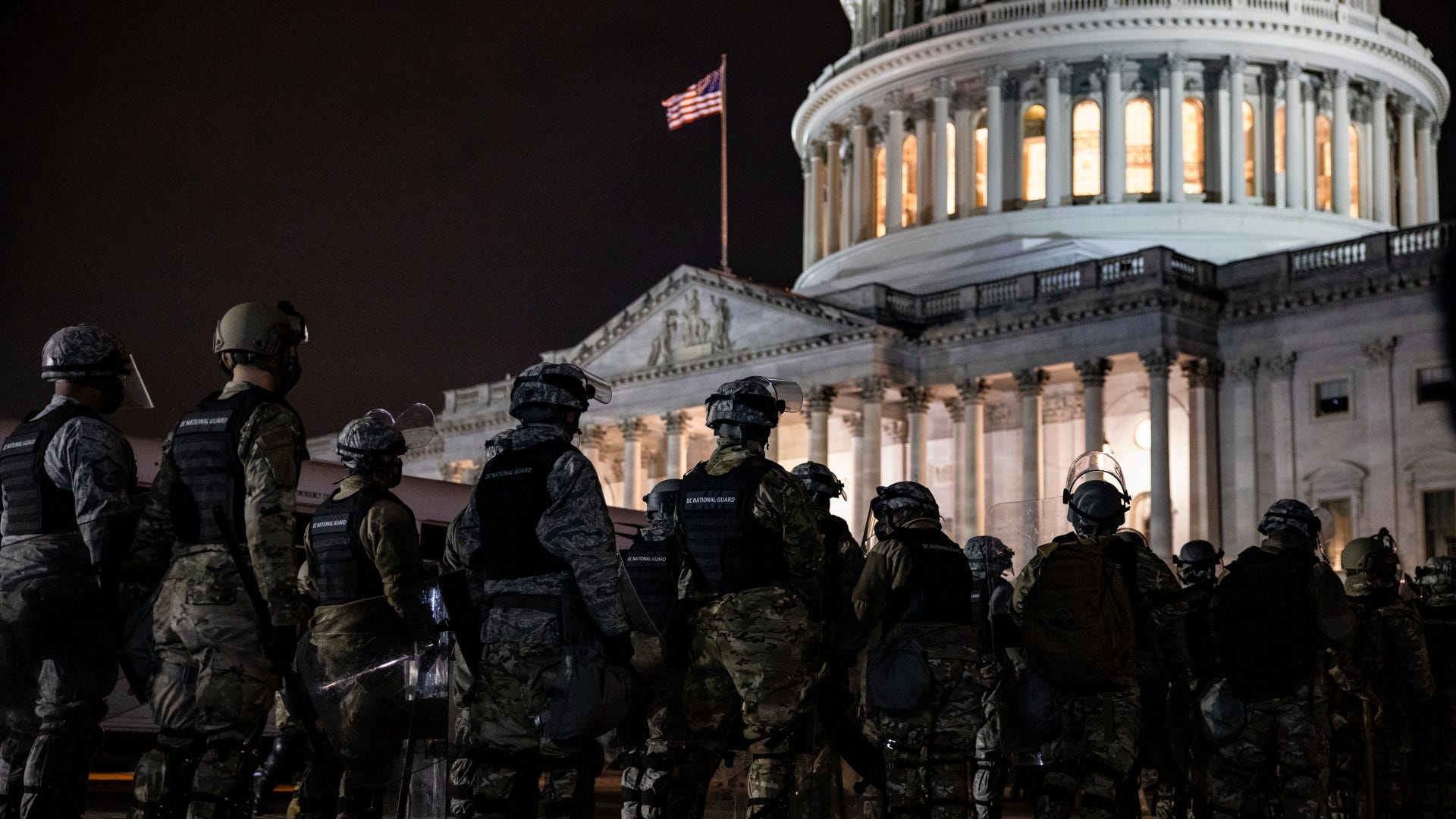 Even after the Guard was requested, he said he felt compelled to send them “in with a plan to not only succeed but that would spare them unnecessary exposure and spare everyone the consequences of poor planning or execution.”

“We appreciated the seriousness of the situation, but we did not want to piece-meal National Guard forces into the zone of conflict,” Miller will say.

Although the timeline Miller offers in his remarks generally matches up with that provided by other high-ranking leaders, he notably puts himself at odds with William Walker, who as commanding general of the D.C. National Guard testified to what he said were unusual Pentagon restrictions that impeded his response and contributed to a three-hour delay between the time he requested aid and the time it was received. Walker has since become the House sergeant-at-arms, in charge of the chamber's security.

Miller will say that Walker was given “all the authority he needed to fulfill the mission" and that before Jan. 6 he had never expressed any concern about the forces he had at his disposal. He contends that he authorized the deployment of 340 National Guard personnel, the total amount Walker had said would be necessary, and authorized him to use a 40-member quick reaction force provided that Walker could provide him with a so-called concept of operations.

Miller said he approved the activation of the Guard at 3 p.m.. He said that though that support did not arrive at the Capitol complex until 5:22 p.m., the coordination, planning and deputizing of personnel by civilian law enforcement all took time. 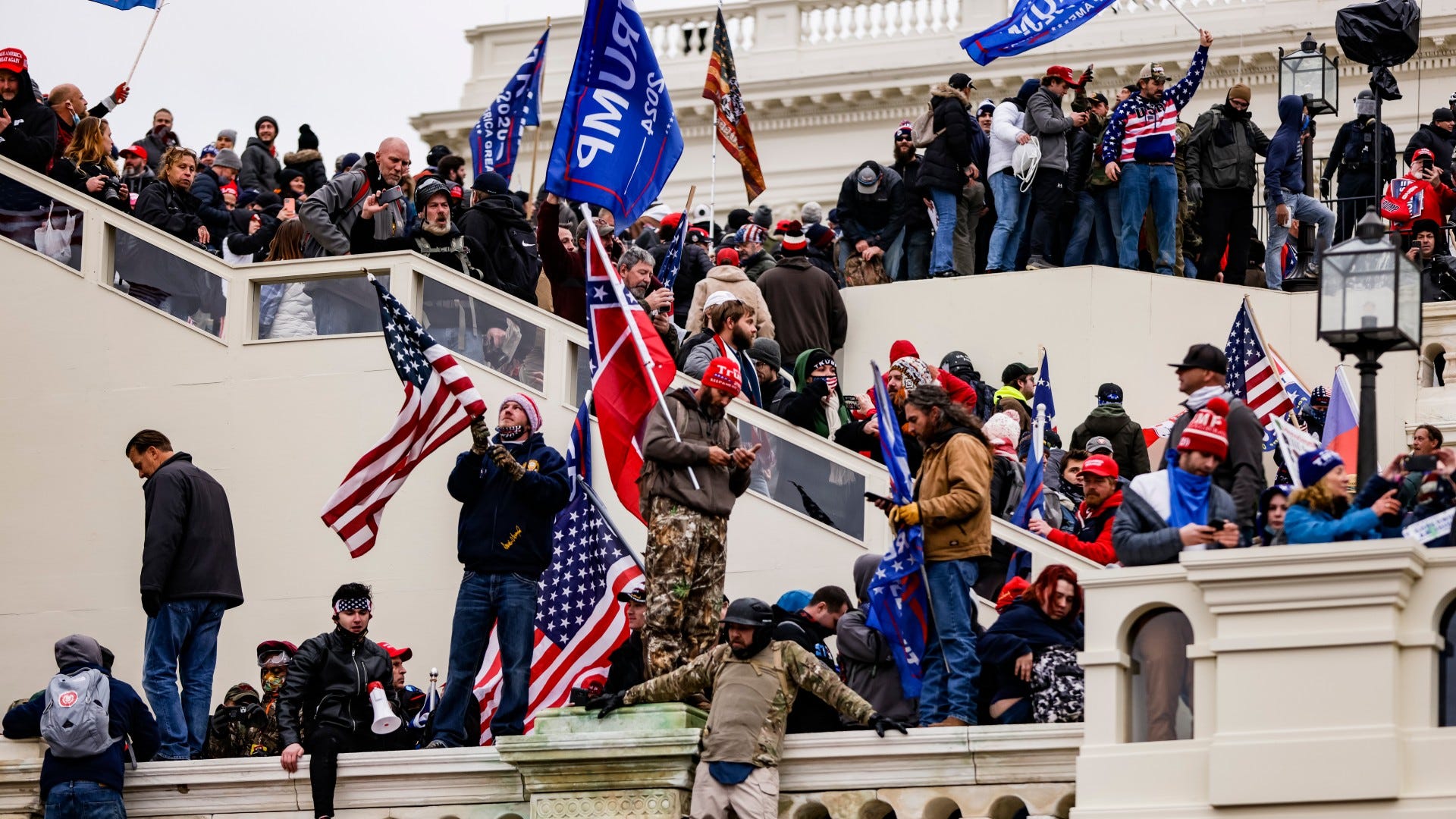 Security officials to answer for Jan. 6 failures at Capitol

Miller, a Green Beret and retired Army colonel, served as a White House counterterrorism adviser under Trump before being tapped as acting defense secretary for the final months of the Trump administration. He replaced Mark Esper, who was fired after the election after being seen by Trump as insufficiently loyal.

The abrupt appointment raised concerns that Miller was in place to be a Trump loyalist. In his opening statement, though, he will say that he believes Trump “encouraged the protesters" but declines to say if he thinks the president bears responsibility. He recounts a conversation on Jan. 5 when Trump, struck by a crowd of supporters at a rally that day, told him that 10,000 troops would be needed the next day.

“The call lasted fewer than thirty seconds and I did not respond substantively, and there was no elaboration. I took his comment to mean that a large force would be required to maintain order the following day,” Miller says in his statement.