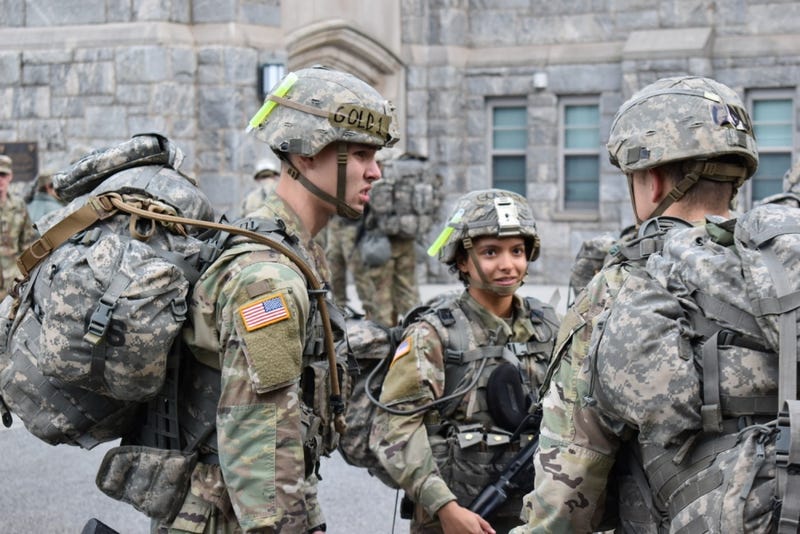 The Department of Defense has released its annual report on sexual harassment and violence at the service academies. The results and accumulated data appear to show progress in combating sexual harassment and sexual assault, but the Pentagon also admits that the data is skewed because of the COVID-19 pandemic.

From 2014 to 2020, the data shows a marked increase in reports of sexual harassment and assault at service academies, including the Naval Academy, West Point and the Air Force Academy. From the Pentagon's perspective, this increase in reporting reflects a desired outcome of the programs it has implemented. It may sound counterintuitive at first. While DoD wants to decrease the levels of sexual misconduct, it also wants service members to report when these incidents happen so that they can be addressed and victims do not suffer in silence.

From this perspective, it is seen as a positive development that more service members are reporting incidents of misconduct.

Reports of sexual assault at service academies reached a high point in the previous year (2018-2019) when 122 sexual assaults were reported. In 2020, the number was down to 88, but that's likely due to the pandemic after the service academies no longer held in-person classes and instituted social distancing. Sexual harassment complaints also decreased, from 17 down to 12 during the same timeframe.

Despite the plethora of committees and task forces established to combat sexual misconduct, half of the women in the academies and a third of the men reported that their peer leaders, "do not enforce academy rules and desired values of leadership" in 2017-2018, according to the report. Further study the next year found that peer leaders lack the maturity, experience and authority to enforce policies and accountability at the academies.

According to DoD, the pandemic will continue to impact some but not all of its efforts in combating sexual misconduct at service academies. To compensate, the department plans to, "identify peer influencers and social networks, to leverage greater involvement by these informal peer leaders," the report said.

In January, President Joe Biden ordered Secretary of Defense Lloyd Austin to conduct a 90-day commission review on sexual misconduct in the ranks and how to prevent it amid growing public anger and concern over the issue.