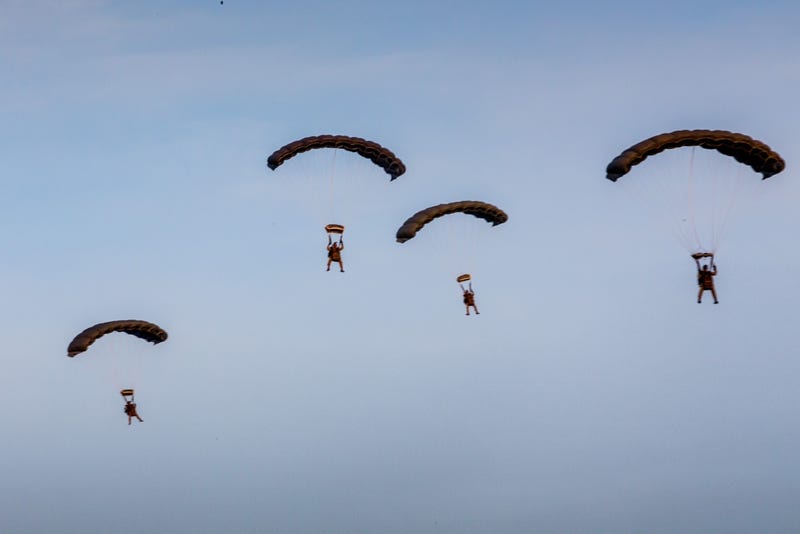 Since the 1980s a small and largely unknown Army Special Operations unit has worked in the shadows, quietly developing a reputation for being able to punch far above their weight class.

While task organized into small reconnaissance teams, they have been deployed as singletons or in pairs all over the world during the Global War on Terror on top-secret missions.

"The guys I went to OTC (Operator Training Course) with, I might not see them for two or three years," a recently retired member of the unit explained due to constant deployments and training exercises all over the country.

On one such deployment, "we walked into this one target and were getting our indig all set up," former RRC member Mike Edwards described when he told the other JSOC operators he was with that he was going to go get eyes on a target building. "I ended up getting in a gunfight at the target building prior to the assault," from less than 20 meters away.

The assaulters ran to the sound of gunfire.

"Next thing I know, I look left, look right and I got SEAL buddies of mine who are just firing away," Edwards said.

The Regimental Reconnaissance Detachment (RRD) was stood up in 1984 and initially consisted of some 20 members. The small unit was nestled within the overall structure of the 75th Ranger Regiment which includes three Airborne Infantry battalions. At that time, the Ranger Regiment's mission was highly focused on airfield seizures and infantry patrolling. RRD's job was to conduct reconnaissance on those airfields prior to the main body jumping in to secure them.

In the 1990s, RRD had three six-man recon teams and continued to scout out airfields for the Ranger Regiment but an inflection point soon came for the elite within an elite.

It was at a joint readiness training exercise where the only insertion platform available was a covered aviation asset, meaning that it was a civilian appearing aircraft. Because of its classified nature, the unit that flew it would not let Rangers anywhere near it due to their distinctive "high and tight" haircuts. The haircut was a violation of operational security, which could compromise the nature of the aircraft as belonging to the military.

Changes had to be made, and RRD was assigned relaxed grooming standards. They continued to train for military free-fall insertions. In the late 1990s and early 2000s, RRD members were deployed alongside Delta Force operators to the Balkans to assist in locating and capturing war criminals.

Sept. 11, 2001 changed everything for the Special Operations community and saw RRD conduct several free-fall combat jumps in Afghanistan. Sometime around 2005, the unit expanded and became the Regimental Reconnaissance Company. Their mission also went dark, and they were no longer conducting recon for the three Ranger battalions.

One of those missions was training and running Afghan recon elements.

"I deployed and ran one of those teams once we created that team and pushed them out to certain locations I was one of the outstation team leaders," Edwards explained in a recent interview. The Afghans would operate in a clandestine manner helping to find enemy targets.

"We also ran joint teams in various countries, some places we would go in support other elements in the task force but other times we would be a team leader or assistant team leader mixed in with Delta Force or SEAL Team Six," he said. "It's a big joint team that works together."

The traditional RRC mission of moving on foot over long distances and squatting inside a hide site with high-powered optics to recon a target had become something of a legacy mission as they were worked clandestine operations more recently, often in tandem with indigenous forces. In some cases, Edwards was cruising around Afghanistan with just an interpreter, although he always had the ability to call back for help if needed.

"All the guys that I ever worked with in my career in the task force were amazing phenomenal human beings," Edwards said.