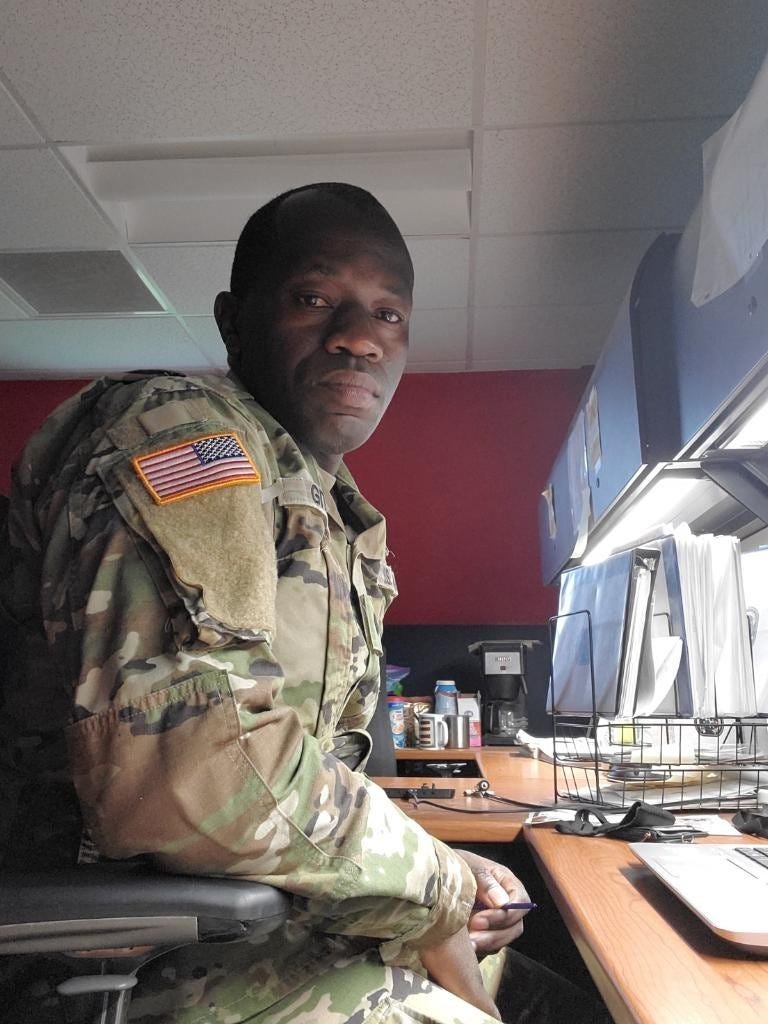 But Gitamo, a native of Nairobi, Kenya, had myriad obstacles to overcome before he would earn a doctorate in astrophysics and set his sights from below the atmosphere to above it.

He grew up with his brother as an orphan in Nairobi, Kenya. “Me and my brother were just found. Our biological parents just left us on the road. You know what I mean, they just left us. Therefore, I don’t know my real father and mother.”

A local couple eventually found him and his brother and took on the responsibility of adopting and raising him. His parents wanted to send him to school, but public education in Nairobi isn’t free, and they struggled financially. Gitamo didn’t even own a pair of shoes until he was fourteen years old.

The teachers at his local school were charitable and let him attend despite not being able to pay for it. “They just let me go to school,” he said. “It was like a miracle,” To show his gratitude, Gitamo volunteered and helped out around the school.

Gitamo’s interest in space and astrophysics began at an early age. He describes outer space as something beautiful. After turning 19 in 2006, Gitamo immigrated to the United States to continue pursuing his passion and education.

He enrolled in college at the California Institute of Technology. Hard work earned him a bachelor’s degree in aeronautics and astronautics engineering, the first step in achieving his academic goals. Next, he worked even harder and earned himself a master’s degree in nuclear physics.