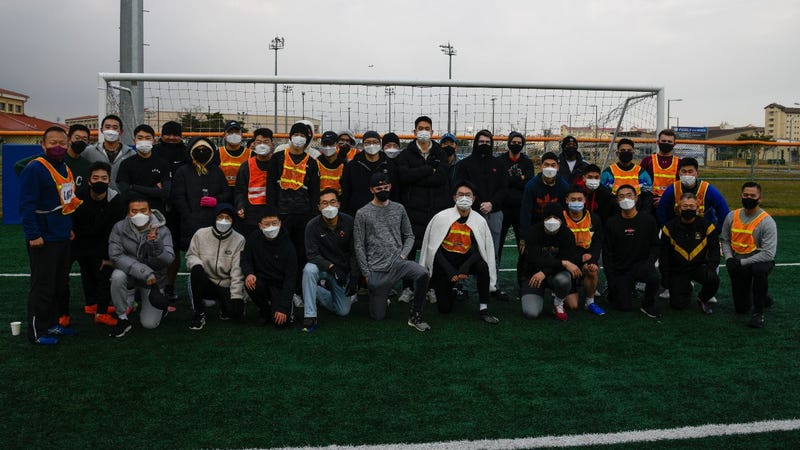 The holidays can be a joyous time but also hard for Soldiers who are thousands of miles away from family and friends. To beat the blues, they went to the field – the soccer field.

Korean Augmentation to the U.S. Army and American Soldiers crowded the middle of the green ready for the kick off. As the ball flew into the air, both teams bolted down the field, leaving their holiday blues behind and working up a hearty appetite.

After the match, Col. Charlie Lee, the garrison chaplain, blessed the food and thanked everyone for coming out for the game and meal. Together KATUSAs, Soldiers, civilians, and Republic of Korea Army Soldiers chowed down on Thanksgiving dinner with a Korean flare, basking in the afterglow of the athletic competition.

“The soccer game was pretty fun,” said Sgt. 1st Class Michael Dominguez, HHC facility chief. “Our team won. It was definitely a sport to keep us warm with how cold it is outside, and then the food was great. I am very thankful to have a taste of Korean culture, the food and everything, very grateful for the KATUSAs and Soldiers. This was definitely what was needed for the time of the season.” 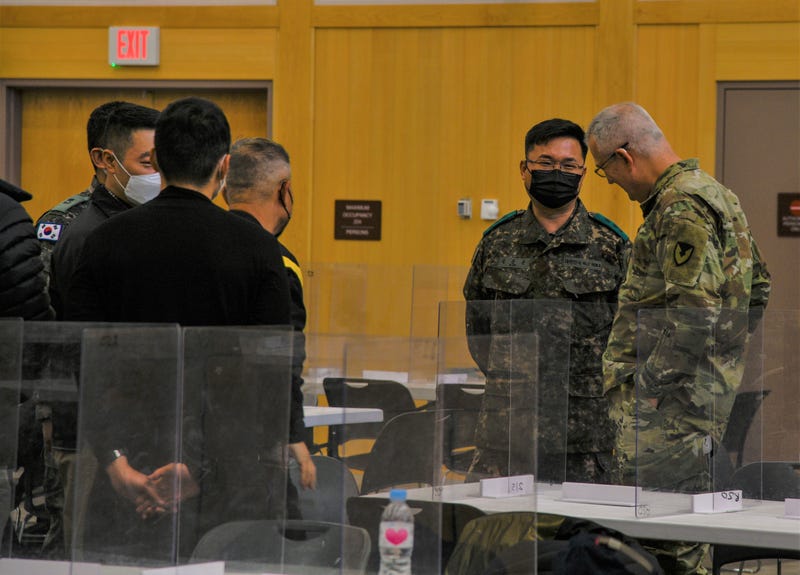 During the luncheon, Pfc. Jordan Nutter, a ground approach controller, talked to his battle buddies about how cool it was to see the KATUSAs and Soldiers playing together.

Pfc. Maeng Chang-yong, from the Department of Emergency Services, said he was happy the KATUSAs and Soldiers were able to get together as one team. He also likened Thanksgiving to the Korean holiday Chuseok because of the delicious food and feeling of family.

“A lot of us are away from family, and we don’t have the opportunity to sit down with our loved ones,” said Kalisha Killens, a military personnel specialist. “So we have to gather with our military family and our friends here in Korea.” 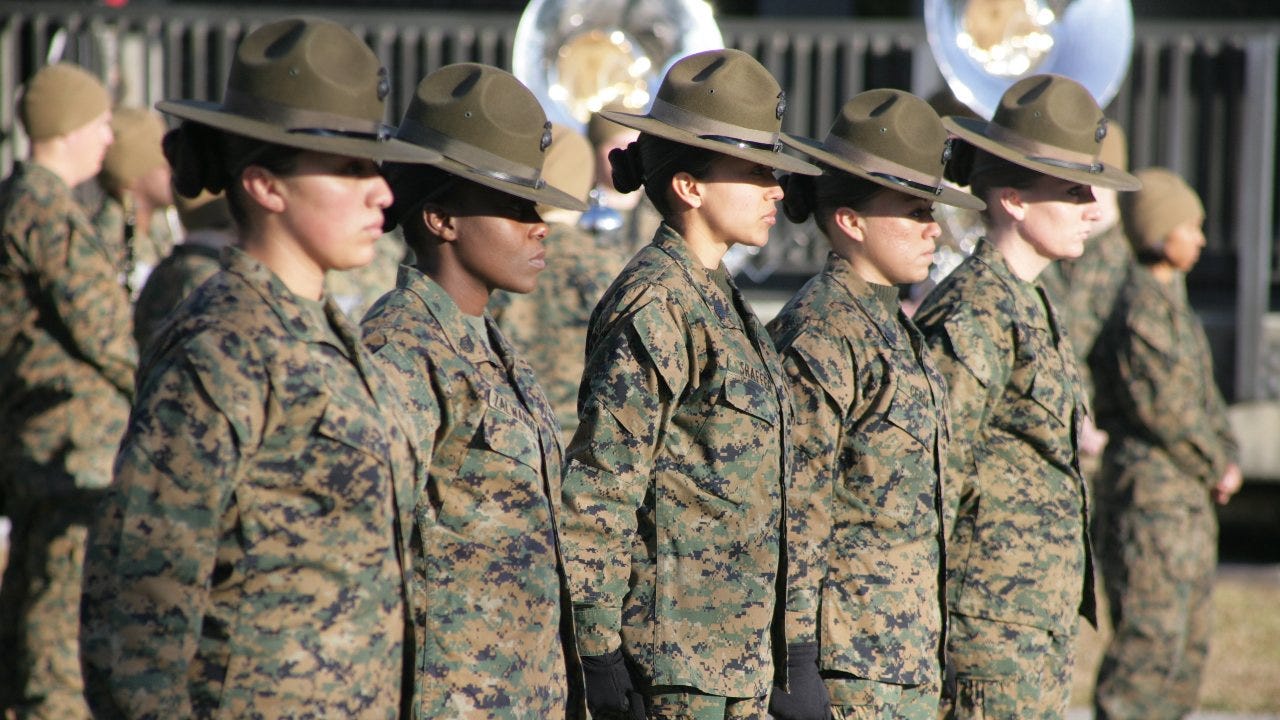 The fewer and the prouder: Women in the Marine Corps

The participants enjoyed plates filled to the brim with japchae, bulgogi, kimchi, rice and other traditional Korean dishes. At each table, strategically placed six feet apart, conversations included reflections about the game, the meal, and the holiday week.

“Despite the pandemic going on we are able to sit down and have a proper conversation with Soldiers, civilians, Korean counter parts, and taste delicious Korean food,” said Racine Gillado, military personnel division site manager. “We share a lot of good stuff while we are all sitting at the table.”

Pfc. Reynaldo Sandoval, a postal clerk, and Pfc. Park Chang-jun, with the Department of Emergency Services, agreed it was a good day for the soccer game, with good company.

“I like that the company brought together the KATUSAs and American Soldiers,” said Park. "I was excited to eat this delicious food, and I am thankful and blessed for another Thanksgiving.” 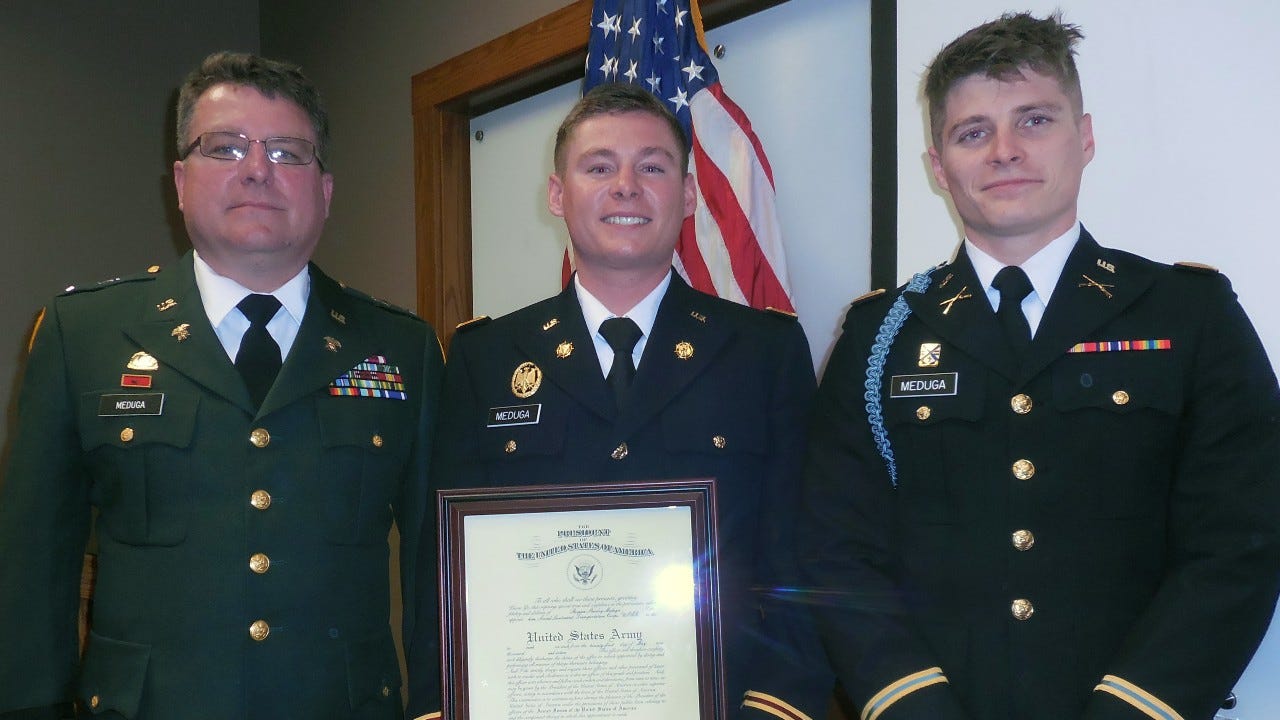 For this Army family, service is a family affair