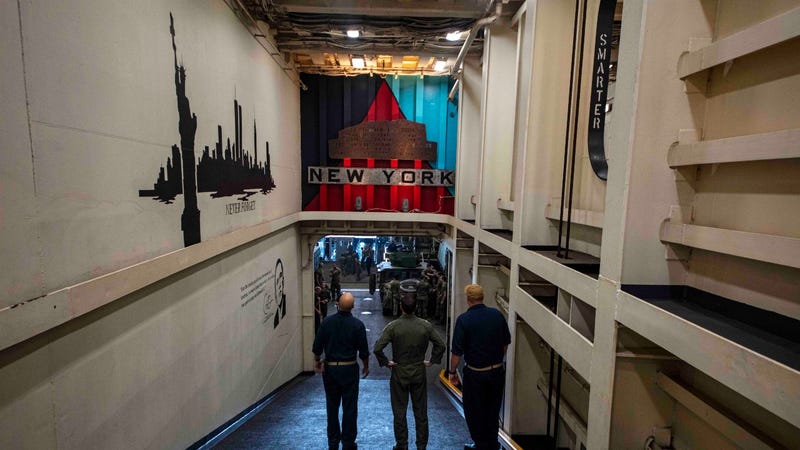 The asymmetrical steel slab with its crimson and blue background looms over USS New York’s (LPD 21) amphibious well deck. Like the city it came from, it is a visual presence impossible to ignore.

Its creator, Richard Othmer, meant it to be so. With help from several others, the retired New York City fireman, recovered the symbolic steel from the remnants of Ground Zero and engraved upon it the names of all first responders who gave their lives to rescue those trapped inside the World Trade Center towers.

Othmer served the majority of his career in Ladder 41, located in the Bronx. Before that he served as a Boatswain’s Mate from 1976 to 1980 aboard USS PONCE (LPD-15). He later became a member of the Navy League and in 2009, part of USS New York’s commissioning committee. As such, Richard was recognized as an “Honorary Plank-Owner,” a title given to members of society who have provided a unique service to the ship and its legacy.

“For me it's a constant reminder of my responsibility to do my job to the utmost every day,” said Tom Othmer. “It's fulfilling an important work.”

Born and raised in Carmel, New York, just north of New York City, Tom graduated from the US Merchant Marine Academy in 2010 and spent the next five years as an engineering officer in the Merchant Marine. He became a US Navy Port Engineer in 2015 and was assigned to the USS Jason Dunham (DDG 109) for five years until returning to USS New York in December.

As USS New York commemorated the 20th Anniversary of 9/11 with a historic undocking after six months in Norfolk’s NASSCO drydock facility, Tom makes a point to speak with words the same spirit his father has harnessed with memorialized steel.

“People tend to forget that the freedoms and quality of life we enjoy in this country were obtained by the sacrifices of its citizens and service members,” said Tom. “Every day I try to ensure I maintain USS New York in a superior material condition and contribute my small part in sustaining those privileges.” 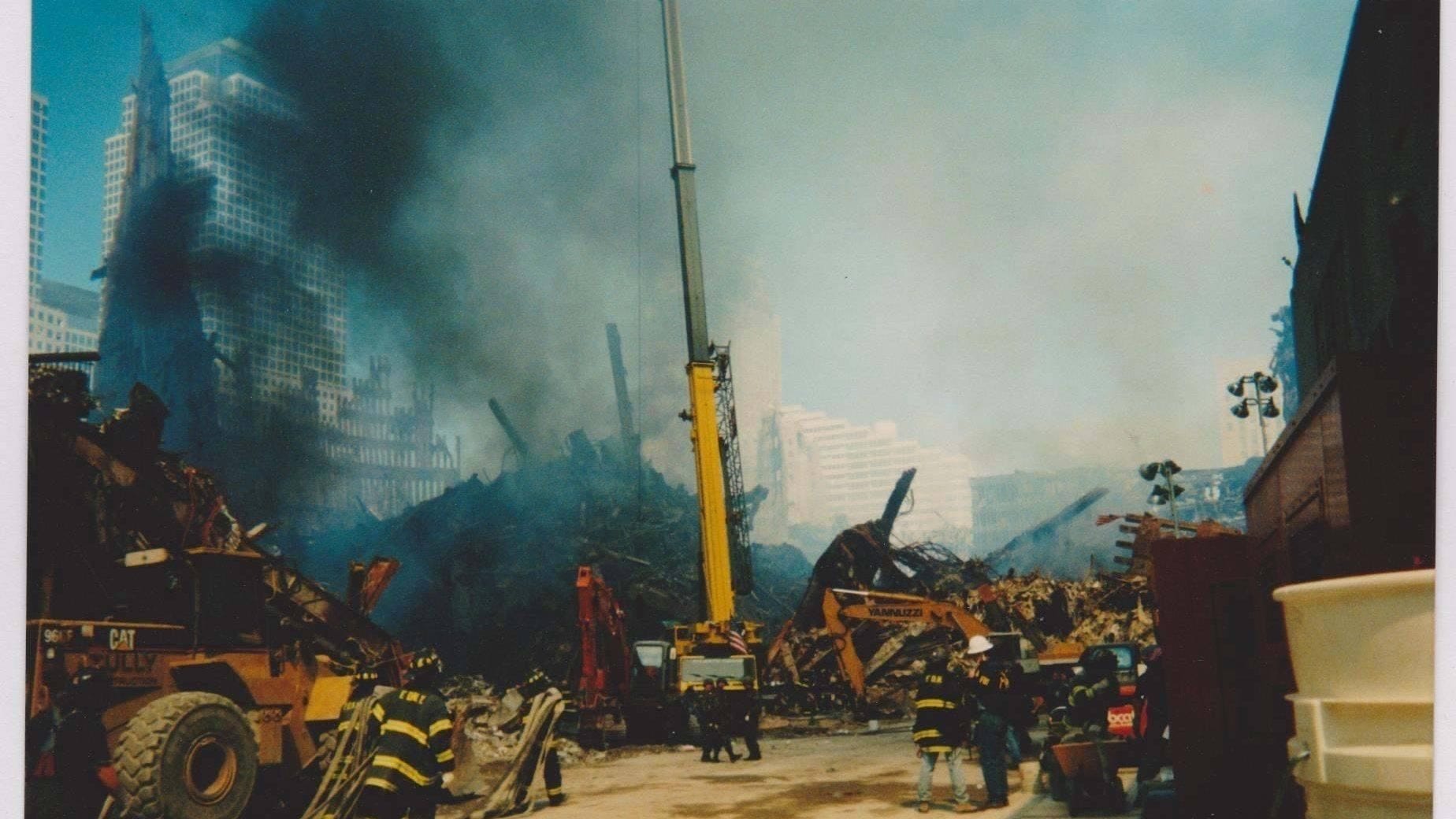 His efforts in overseeing New York’s repairs while in port help ensure its operability at sea as a floating symbol of American perseverance.

With 7.5 tons of World Trade Center steel in her bow, the ship’s motto, “Strength forged through sacrifice. Never forget” is a motto come to life for the Sailors who work and live aboard USS New York.