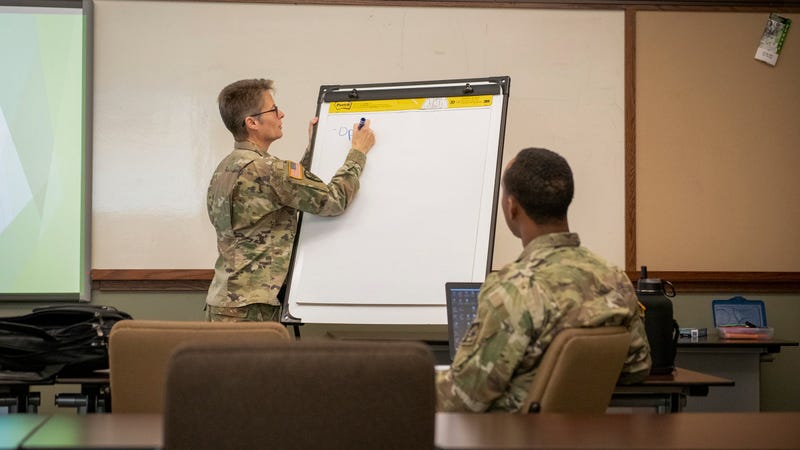 Maj. Bridget Flannery comes to Wyoming to train Soldiers to become Buddy Aid trainers at Joint Force Headquarters in Cheyenne, Wyo. on Dec. 6, 2021. Flannery began creating the Buddy Aid program in 2014 after a deployment to Afghanistan in 2013. Although still a pilot program through the Warrior Resilience and Fitness Innovation Incubator, it now has a home at NGPEC. Photo credit National Guard
By National Guard.mil

This new program is designed to instruct peers how to respond to another when they disclose an assault and render aid when those service members are in need. It’s not to replace the current Army’s Sexual Harassment/Assault Response and Prevention program, but rather, supplement it.

“Buddy Aid is changing the way the National Guard trains its members face-to-face,” says Master Sgt. Rebecca Motley, the Wyoming National Guard Sexual Assault Response Coordinator. “You would never leave your buddy laying there with a sucking chest wound. You train to provide aid to help save their life. The same principles apply when someone discloses an assault, Buddy Aid trains Soldiers with the right way to respond and get them help.”

Maj. Bridget Flannery created Buddy Aid after deploying to Afghanistan in 2013. Instances of sexual violence occurred so much that someone needed to address it for the safety of their service members. Over time, the commanders would brief it for every mission. Eventually, things started to change. Service members began to take note, and the environment became much safer for members to come forward.

Upon returning from that deployment, Flannery’s commander said they couldn’t forget what they had learned. 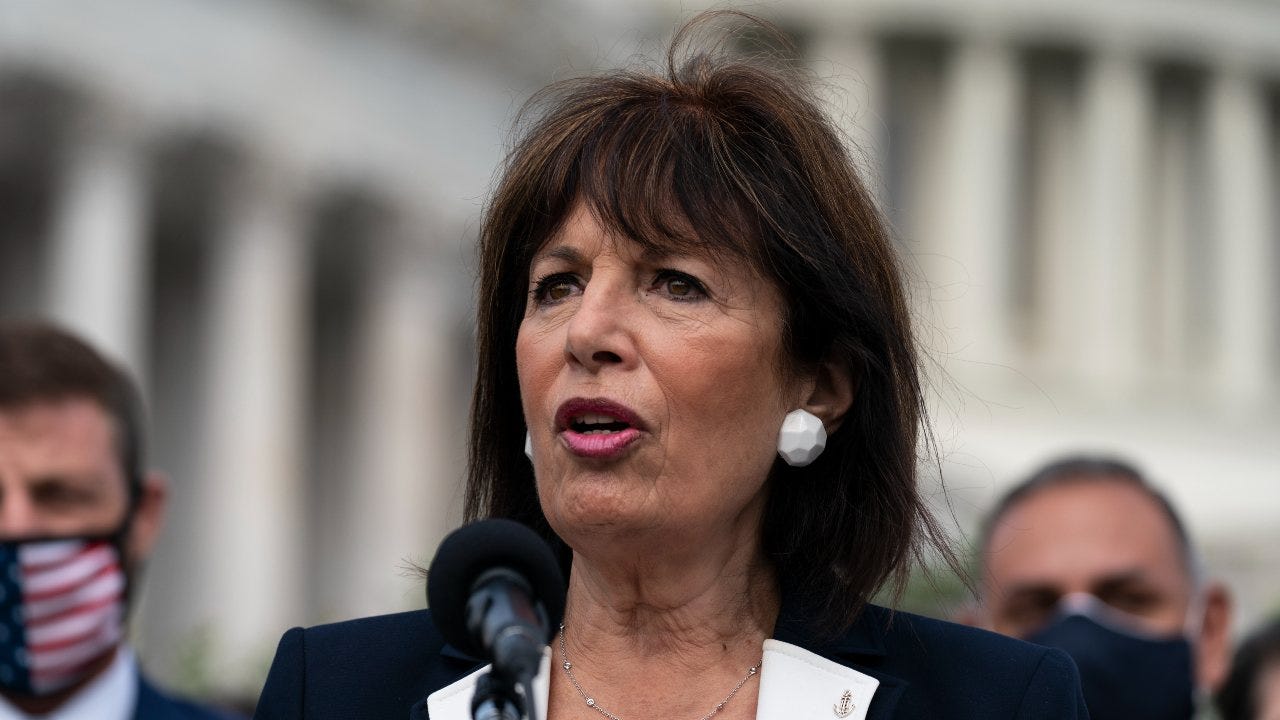 From 2014 to 2018, Flannery began developing training slides based on what she learned while partnering with sexual trauma coordinators. When the slides were finalized and given the green light, Flannery and her team submitted them, with a few days to spare, to the Warrior Resilience and Fitness Innovation Incubator in the Spring of 2019.

The WRFII seeks to implement pilot programs that will eventually be available to all states. They identify, select, evaluate, and disseminate evidence-based practices to prevent harm and promote resilience.

“Out of the 34 pilots we’ve had in the last three years, Buddy Aid is the first to have gone through to the extension phase of becoming more broadly implemented,” said Maj. Emily Vernon, branch chief at the WRFII. She added that this was partially due to Flannery’s tenacity and partly due to the effectiveness and popularity of the program now that people have been receptive to it.

Buddy Aid is still a pilot program, and it’s still in evaluation for its effectiveness. But the data from the surveys of training in South Dakota and Wyoming make it much more likely the National Guard will implement it.

Over 680 Wyoming and over 345 South Dakota Guard members have received the innovative pilot program training. 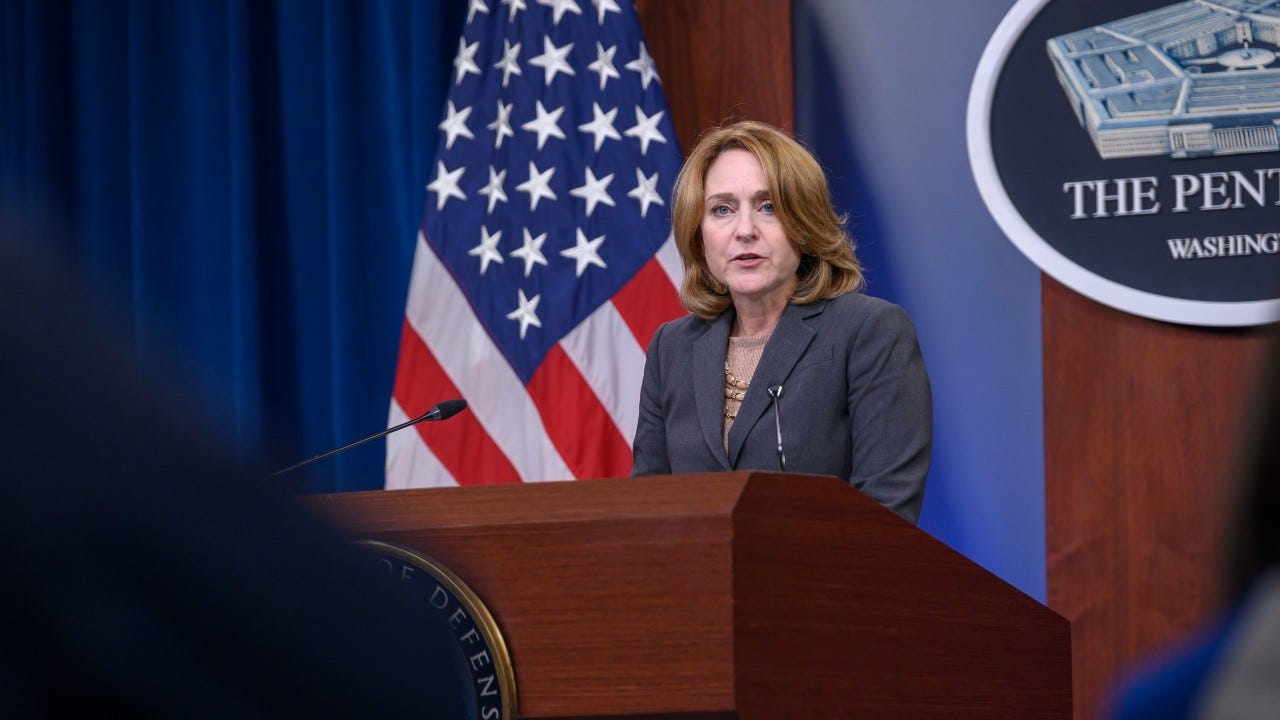 The data has shown at a 99% confidence level that this training significantly affects service members’ perception that sexual assault is the biggest threat to our military members. Overall, this means increased preparedness for appropriately responding to a sexual assault, including what to say, recognizing abnormal behaviors, asking if one sees those behaviors, and rejecting rape myths.

“This program is doing great things, and it’s changing some of the ways that we deal with the response to sexual assault in the National Guard,” said Vernon. “We are providing effective training to supplement the training that already exists.”

The next step for Buddy Aid to move forward is to expand and standardize training. There will be a phased-in approach over the next few years, and the hope is that Buddy Aid will grow to other services beyond the National Guard.