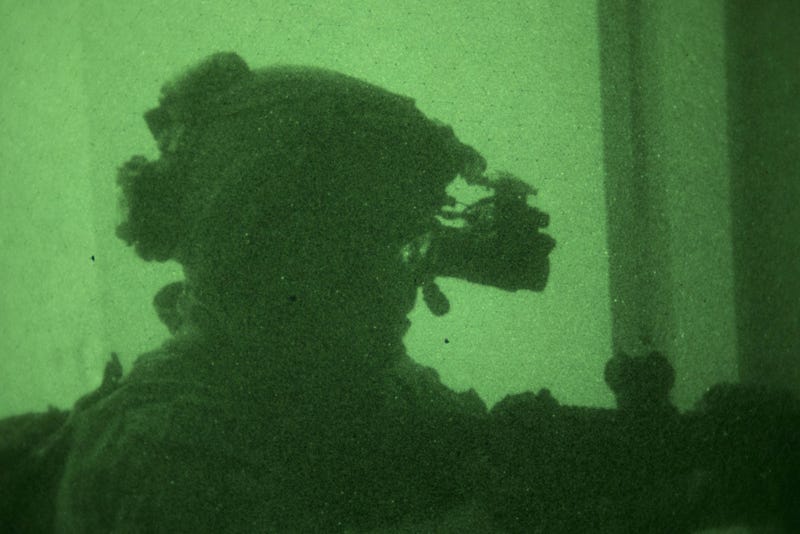 “The mission was very clear cut, we are going to prep that battlefield for the invasion and get rid of Saddam Hussein,” CIA team leader Sam Faddis said of his eight-man paramilitary cell infiltrating Iraq in the summer of 2002.

Ahead of the U.S. invasion of Iraq, a small team of CIA officers quietly moved into the Kurdish-held north. Their mission to wipe out the Ansar al-Islam terrorist group and discover if they had manufactured chemical weapons is now well known. What is less known is that the CIA also trained Kurdish operatives to act as saboteurs behind enemy lines.

Strategic sabotage operations have become something of a lost art, but one that has taken on renewed relevance in special operations and intelligence circles as America attempts to shift away from a 20-year focus on counter-terrorism to confronting peer and near-peer adversaries.

In the past, the U.S. military not only knew how to conduct these types of operations, but excelled at it. During World War II, the Office of Strategic Services and Jedburgh teams ran successful sabotage missions in the European theater. During the Cold War, Green Berets assigned to Detachment A in Berlin lived in local communities, planning and training to sabotage railways and power stations in the event that the USSR invaded.

Today, the Wall Street Journal reports that a U.S. Special Forces team is stationed full time in Sweden as has traditionally been the case in South Korea. Their mission is to, “help the country’s 22,000-strong Home Guard—part-time citizen-soldiers—plan sabotage, ambush and other operations to disrupt any attempted occupation.” Similar efforts to train so-called stay-behind elements that would conduct acts of sabotage during and after an invasion are underway in Estonia and have been proposed in Ireland.

But what would an actual sabotage campaign look like in a contemporary conflict?

In the run up to the invasion of Iraq, “we ended up with a lot of teams which in the end were mostly Kurds operating inside Iraqi controlled space,” Faddis said. The CIA trained and deployed over 70 of these teams, according to Faddis.

Ground Branch paramilitary officers had to train these sabotage cells on an extremely compressed timeline, essentially throwing normal training procedures right out the window. Simply finding the know-how to conduct these sabotage techniques, not really undertaken by Americans since World War II was a challenge. For instance, there is a lost art and science to sabotaging a rail line, one that had to be relearned.

"We literally dug up the guys, some old timers and really went back to finding some guys who had been put out to pasture and said 'OK, this is lost tribal knowledge, how do we do this?'” Faddis described. The CIA stood up a crash training program for their paramilitary officers to teach these skills before rushing them to Kurdistan before the invasion. One of the Kurdish sabotage teams they trained blew up the rail line into Mosul, laying a 90-car train on its side.

“It's a way of saying screw you, we're here, this is over, and Saddam is done,” Faddis said. In another instance, Faddis sent a team in to blow up the office of an Iraqi intelligence officer. “They put satchel charges in his office and blew it off the face of the earth.”

As policy makers dust off old war plans and take a second look at sabotage, it is also worth recalling instances where such operations produced diminishing returns, led to national embarrassment or failed entirely. The CIA's 1984 mining of the harbors in Nicaragua for example led to national outrage and Congressional condemnation, for little if any strategic benefit to the United States. Likewise, the French intelligence service sabotaged Green Peace's ship, the Rainbow Warrior, in 1985 only for the operation to be exposed and French officials humiliated without any tangible benefit for French national interests. For all of its success, OSS operations to sabotage railway tunnels in Italy during World War II failed not once, but twice in 1944 due to poor planning and logistics.

When it comes to training sabotage cells for use as clandestine stay-behind networks, Operation Gladio provides a stark reminder of the inherent dangers in training such teams without oversight and accountability mechanisms. After the CIA and Special Forces trained these Cold War-era teams in Italy, some went rogue and committed acts of terrorism according to researchers such as Daniele Ganser. By comparison, Special Forces Detachment A in Berlin was staffed by actual soldiers and was professionally run without known scandals or indiscretions.

While sabotage missions may sound like a dated concept, romanticized by lone commandos working with tribal populations such as in the case of T.E. Lawrence, these types of operations are as relevant today as they were a century ago, points out Daniel Meegan in his thesis paper for the Naval Postgraduate school titled, "Breaking Other People's Toys: Sabotage in a Multipolar World."

According to his research, the underlying technology used by rail roads is almost identical to a century ago.

"While materials have improved, the assembly of rail lines has remained essentially unchanged since trains were invented," he writes. While the construction techniques have become more efficient a road, a rail line or a power line is basically built the same way it was a 100 years ago. Blowing a rail line stops a train; blowing a power cable turns the lights off.

Today, Joint Special Operations Command maintains a capability for strategic sabotage, including destroying and disrupting an adversary's weapons of mass destruction capabilities. Since Iran, North Korea and other nations dig deep underground to protect the facilities that produce WMDs, JSOC has been given the Hardened and Deeply Buried Targets, or HDBT mission. In the 1980s and 90s this mission involved infiltrating a foreign country, breaching their underground bunkers, and then disabling or destroying WMDs.

For example, in the early 1990s, Delta Force worked on a planned operation to infiltrate Libya and destroy Gaddafi's underground chemical weapons facility in Tarhuna. The mission plan called for an insertion on military hovercraft over the beachhead and then an overland movement on vehicles to the site, where industrial drilling equipment would be used to bore a channel through the earth and into the facility, according to a JSOC planner involved and a Delta operator who was part of the planning cell. Afterwards, an explosive slurry would be poured down the hole and detonated. The mission never got the green light as Gaddafi agreed to shut the facility down.

Post 9/11, this mission evolved and operators were given the additional requirement of actually removing a nuclear device from an enemy bunker system and extracting it via helicopter, according to one retired Delta Force operator. Delta Force and SEAL Team Six conduct training exercises at the Nevada Test Site in an underground complex called P-tunnel, practicing explosive breaching techniques on fortified bunker doors deep under the earth, a retired operator described.

Special breathing apparatuses were also developed so operators could breath in contaminated air as well as specialized four-wheeled ATVs which could be driven in the tunnels.

In another instance, the operators were given a new mission requirement in the event that they were asked to sabotage chemical weapons reactors. Previously, their technique was to use a shaped charge on the reactors, which were large metal vats, and punch a triangular shaped hole in them. Now planners wanted them to render the reactor inoperable, but without exposing the dangerous materials inside. At first many operators and explosives experts thought it was an impossible task.

At the Nevada Test Site, a demolitions expert from Delta Force began experimenting. Working with different configurations of explosives, he came across a method in which they could be arranged on the outside of the vat and detonated in a sequence, which shattered the glass lining inside the chemical weapons vat, without breaching the metal exterior.

However, Meegan's research points out that sabotage is simply a tool in the toolbox, not a silver bullet that will win wars. In the cases of the OSS, SOE, Jedburgh teams and even Faddis' Iraq experience, sabotage was simply one facet of an unconventional warfare campaign designed to soften up the enemy prior to the full weight of U.S. military power being brought to the forefront.

Sabotage my also have uses below the threshold of war. Demonstrating the capability, even telegraphing it, forces an adversary to spend time and resources planning to defend against it. An actual sabotage mission outside of war, for example a tailored access cyber strike such as Stuxnet demonstrates that such capabilities exist and that if an adversarial nation continues its course of action, there will be a price to pay.

In a future conflict, American sabotage teams could potentially target enemy ports, airfields, radar stations, rail junctions, bridges, aircraft still on the ground, WMD facilities, telecom infrastructure, server farms, power plants and other critical nodes in denied areas. As Meegan writes, these teams have a light footprint with "the overall Greek campaign at its peak only used 30 British and American advisors" in World War II while also being more exact than airstrikes as explosives are placed by hand, potentially limiting collateral damage.

Whether sabotage operations are directly conducted by JSOC operators in a clandestine or overt manner, by U.S. Special Forces working alongside indigenous personnel or by the CIA training surrogates that then conduct the mission, it appears that sabotage is back on the menu of options as policy makers and military planners look for ways to complicate the enemy's decision making process.