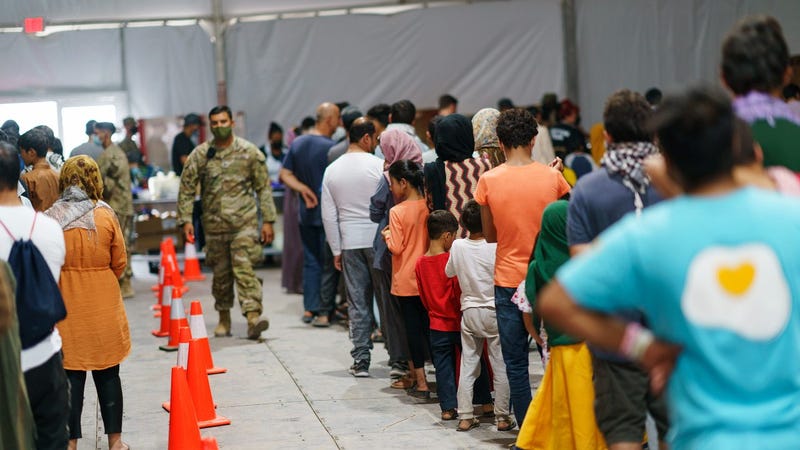 Afghan refugees line up for food in a dining hall at Fort Bliss' Doña Ana Village, in New Mexico, where they are being housed, Friday, Sept. 10, 2021. Photo credit AP Photo/David Goldman
By The Associated Press

The Biden administration began notifying governors and state refugee coordinators across the country about how many Afghan evacuees from among the first group of nearly 37,000 arrivals are slated to be resettled in their states.

California is projected to take more arrivals than any other — more than 5,200 people, according to State Department data for the Afghan Placement and Assistance program obtained by The Associated Press.

Alabama and Mississippi are each slated to welcome 10, U.S. officials said Wednesday. Hawaii, South Dakota, West Virginia, Wyoming and the District of Columbia are not expected to resettle anyone from the first group of evacuees who fled during the final days of the chaotic U.S. withdrawal last month.

The administration has requested funding from Congress to help resettle 65,000 Afghans in the United States by the end of this month and 95,000 by September 2022. President Joe Biden tapped the former governor of his home state of Delaware, Jack Markell, to temporarily serve as his point person on resettling Afghan evacuees in the United States. 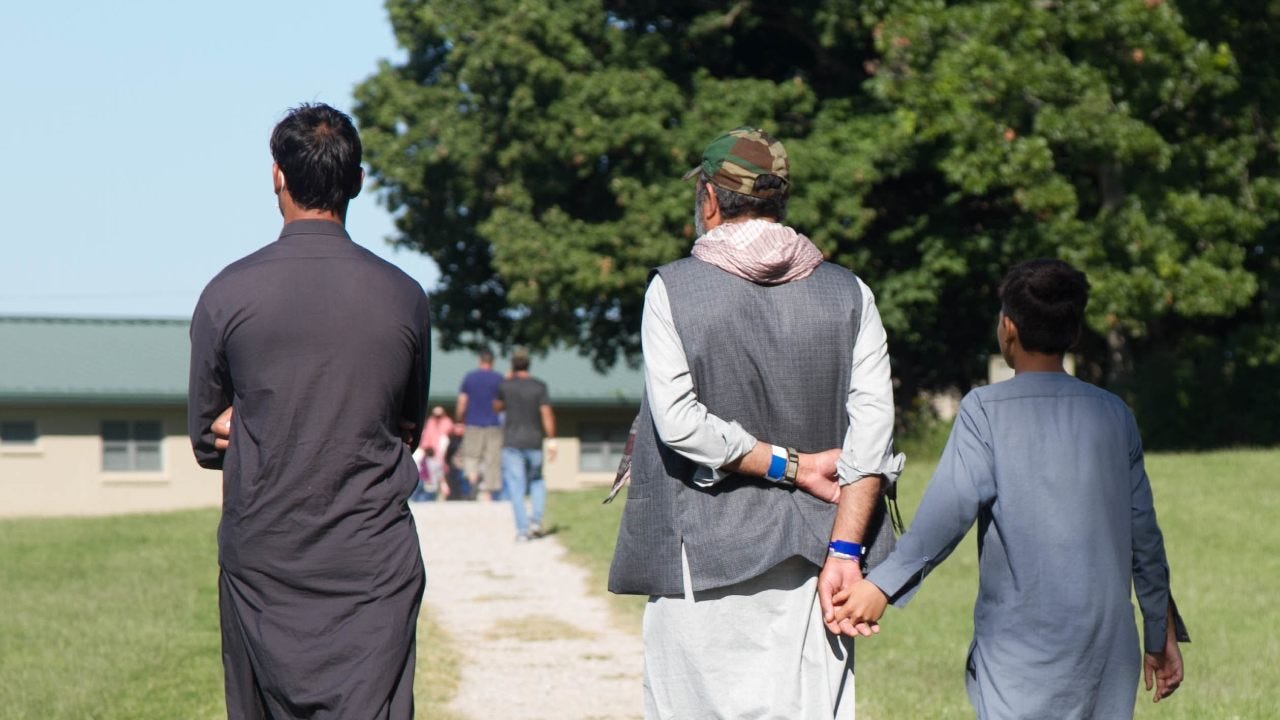 States with a historically large number of Afghans who resettled in the U.S. over the last 20 years — including California, Maryland, Texas and Virginia — are again welcoming a disproportionate number of evacuees, according to the data. Many gravitate to northern Virginia, the Maryland suburbs of D.C. and northern California — some of the most expensive housing markets in the country.

Oklahoma, which over the course of the 20-year war had resettled a relatively small number of Afghans, is slated to resettle 1,800 new arrivals.

Many of the new evacuees requested to be resettled in those states because they already have family and close friends living in those states, according to two U.S. officials who spoke on the condition of anonymity to discuss the calls to state government officials. Resettlement agencies also have a large presence and capacity in many of those states.

The State Department resettled evacuees based on the advice of local affiliates of nine national resettlement agencies the U.S. government is working with, the officials said.

The officials said Afghan evacuees are advised that other parts of the country -- including areas with plentiful job openings and cheaper housing -- could be good places to begin their new lives in the U.S.