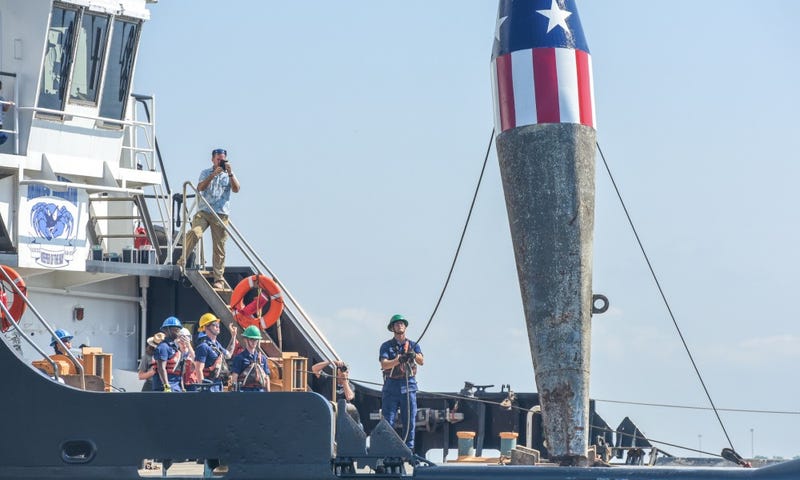 The Francis Scott Key buoy is lifted by the crane onboard of Coast Guard Cutter James Rankin, a 175-foot buoy tender homeported in Baltimore on June 10. The buoy marks the spot where the ship carrying Francis Scott Key, the author of “The Star-Spangled Banner,” was anchored during the bombardment of Fort McHenry during the War of 1812. Photo credit Petty Officer 3rd Class Breanna Centeno
By Julia LeDoux

The crew of the Coast Guard Cutter James Rankin set the Francis Scott Key Memorial Buoy on the Patapsco River in Baltimore, Maryland on Thursday.

The specially designed star-spangled buoy marks the approximate location where Key wrote "The Star-Spangled Banner," the song which would become the U.S. national anthem, while he was trying to facilitate the release of a prisoner and was being held on a British ship during the bombardment of Fort McHenry on September 13-14, 1814, according to a Coast Guard release.

From this vantage point, Key was able to watch the British's 25-hour bombardment of the fort. He would also witness a large flag – made by Baltimore flagmaker Mary Pickersgill – raised over the fort on the morning of Sept. 14 to replace the storm flag which flew during the bombardment.

The buoy, which sits between the Francis Scott Key Bridge and the fort, is set every summer and removed just before the winter. It has been an attraction for boaters and for tourists for decades.

"Of our 69 seasonal buoys we service, this Francis Scott Key Memorial Buoy bears a special significance commemorating his site of inspiration," said Lt. Justin Strassfield, commanding officer of the James Rankin. “We're proud to do our part aiding safe navigation for recreational boaters, commercial mariners on the Chesapeake Bay, and Chesapeake watermen fishing for oysters and crabs, among many other things." 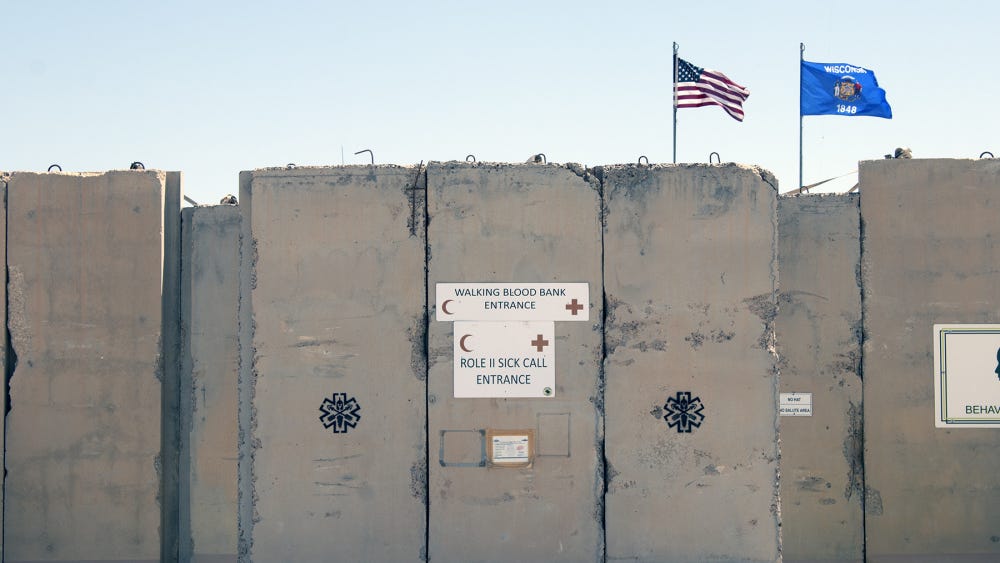 Dozens of U.S. troops donate blood to save Iraqi soldier

The Coast Guard has been responsible for the buoy's seasonal schedule and maintenance since 1980.