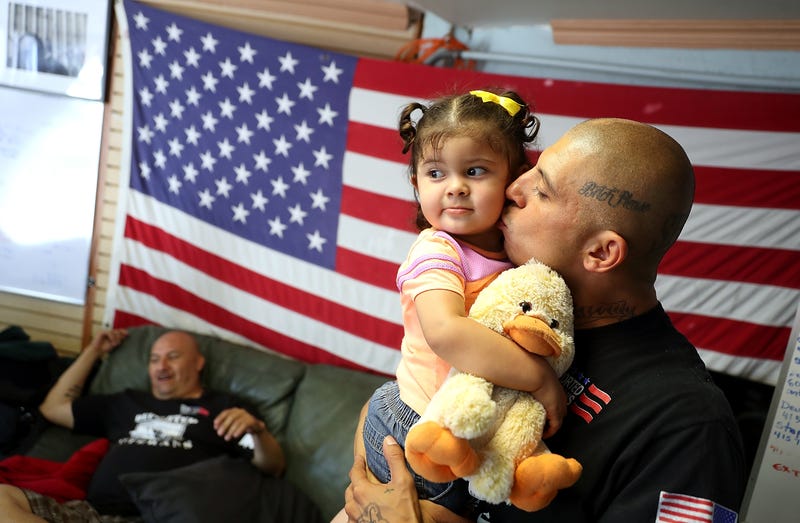 Deported U.S. Marine Corp veteran Mauricio Hernandez, who served in Afghanistan, kisses his daughter Emily Hernandez as he visits the Deported Veterans Support House on July 4, 2017 in Tijuana, Mexico. The Deported Veterans Support House, also known as "The Bunker" was founded by deported U.S. Army veteran Hector Barajas to support deported veterans by offering food, shelter, clothing as well as advocating for political legislation that would prohibit future deportations of veterans. There are an estimated 11,000 non-citizens serving in the U.S. military and most will be naturalized during or following their service. Those who leave the military early or who are convicted of a crime after serving can be deported. Photo credit (Photo by Justin Sullivan/Getty Images)
By Elizabeth Howe, Connecting Vets

Since his early days on the campaign trail, President Joe Biden has advocated for deported veterans.

"That's why we're who we are, the country we are. We are a country of immigrants, and they serve, and they should be treated the same way," he said.

Trump “repeatedly failed our veterans,” Biden argued, with “the outrage of deporting undocumented veterans without checking their record of military service.”

Biden’s campaign promises included protecting undocumented members of the armed services, veterans and their spouses from deportation because “if you are willing to risk your life for this country, you and your family have earned the chance to live safe, healthy, and productive lives in America.”

Now president, he has also promised to “direct the Secretary of Homeland Security to create a parole process for veterans deported by the Trump Administration, to reunite them with their families and military colleagues in the U.S.”

As Biden signs dozens of executive orders in his first weeks as president, deported veterans are hopeful their situations will soon change.

“Immigrant service members possess critical skills that enhance military readiness, strengthen national security and protect our homeland. That is why, for over 200 years, Congress has provided servicemembers an expedited path to citizenship and both Democratic and Republican administrations have worked to streamline the naturalization process for service members,” Sen. Tammy Duckworth, D-Ill., said in a letter to President Joe Biden before his inauguration last month. “In a period of armed conflict, such as now, Congress specifically intended for servicemembers to naturalize as soon as they entered service and prior to deployment.”

A Government Accountability Office investigation released in 2019 showed that an estimated 92 veterans were deported from 2013 to 2018, but veterans groups say that number is much higher. The report also found that ICE has policies in place for handling noncitizen veterans who may be subject to removal from the country, but “does not consistently adhere to those policies and does not consistently identify and track such veterans.” 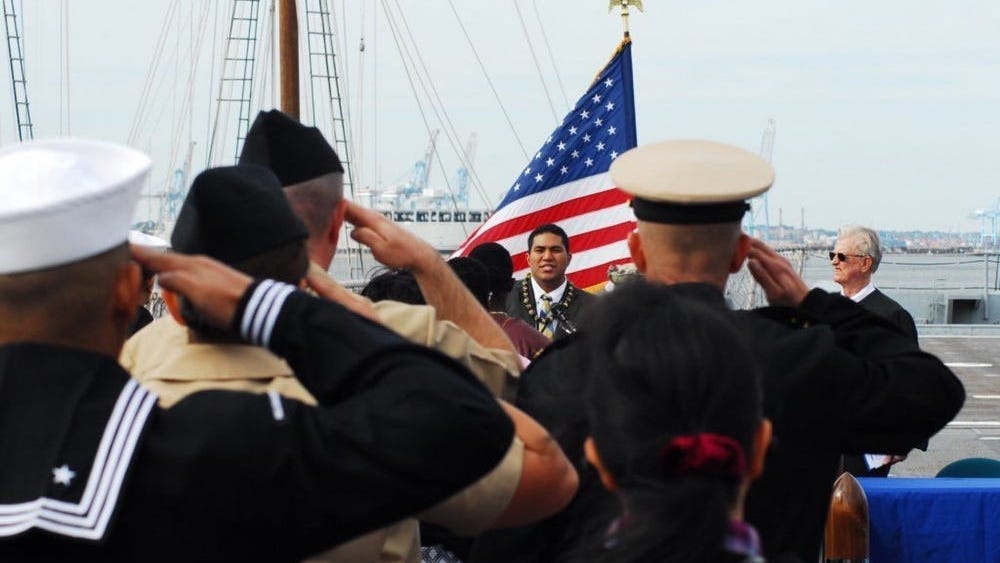 ‘One deported veteran is one too many’: Democrats demand answers from ICE

Not only did GAO find that ICE isn’t following its policies, it also found that the agency does not have a system in place to identify and document all the U.S. military veterans it encounters, so “ICE does not have reasonable assurance that it is consistently implementing its policies” for veterans.

As a result, hundreds of veterans could have been deported in recent years and many more could be if the DoD’s naturalization processes are not strengthened.

“As your administration begins working to improve our Nation’s immigration system, I ask you to prioritize military and Veteran naturalizations as well as bringing deported Veterans home to the United States where they belong,” Duckworth’s letter reads. “The United States relies on immigrant servicemembers in all sectors within the military, and it is clear that the government must better support and protect them.”