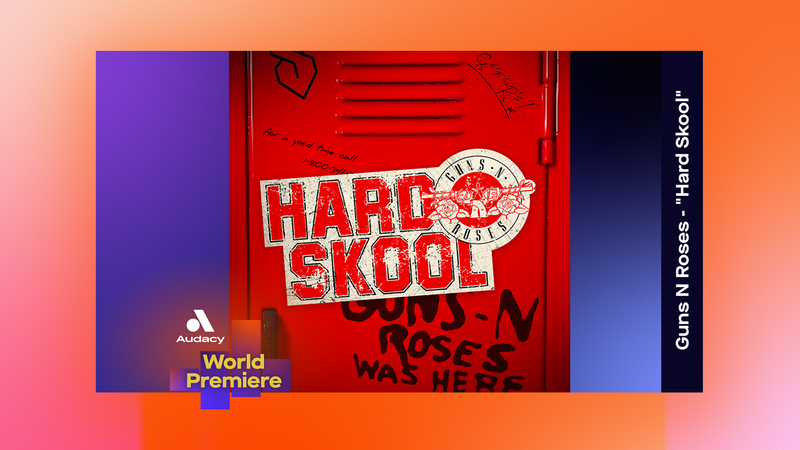 Guns N’ Roses fans are used to waiting a long time for new music from their favorite band. You could say patience (see what we did there? OK, we’ll stop) is a trademark characteristic.

Nevertheless, that’s what makes it so special whenever we get to hear new music from GN'R. Today is one of those days -- and we’re proud to introduce their brand new track “HARD SKOOL” as an Audacy World Premiere.

“HARD SKOOL” is an Audacy World Premiere, meaning you can hear it all day long on your favorite Audacy Rock Station, Classic Rock Station, and on the Audacy app.

The band's last album came in 2008, the highly anticipated Chinese Democracy, their first original studio material since 1991's classic Use Your Illusion I and II -- which was preceded by their 1993 covers album The Spaghetti Incident?. Now with the release of “HARD SKOOL” and “ABSURD,” it begs the question, is there a new Guns N’ Roses album on the way?