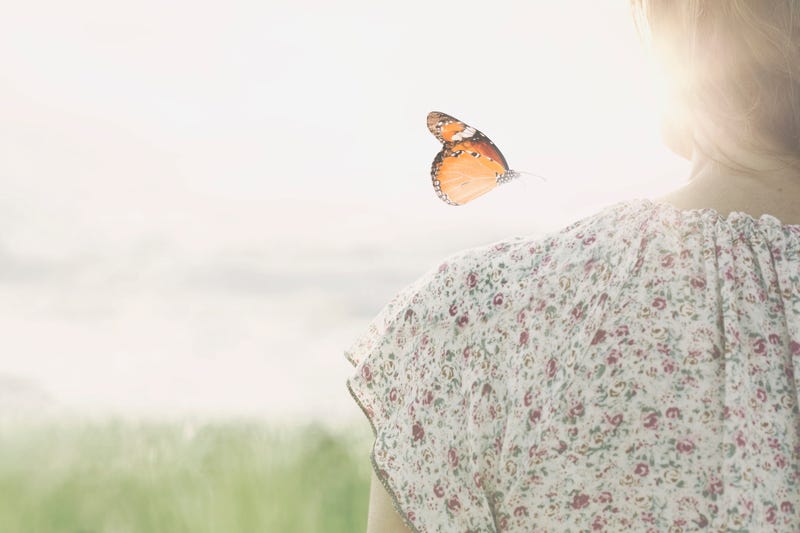 There's a new show on Netflix called Surviving Death, and I just wanted to share my quick thoughts with you on it. I don't think this is the type of show I can give any spoilers for, because you really have to watch it to understand what I'm really talking about as it's an unscripted docuseries.

The show has six episodes covering topics like near-death experiences, past lives, ghosts, and mediumship. Producers interview and follow a variety of people in their respective fields or those who have experienced loss of a loved one looking to connect with them on the other side as part of their grieving process.

I myself am a very spiritual person who's very in-tune to the other side (loved ones and random ghosts, too), so I was very into this show. I think it's a great introduction to these topics, and they approach it in a way that is informative and not super scary. You obviously don't have to believe any of it is real, but do think that everyone watching will take something away from the show that makes them view life differently.

I especially loved the last episode about past lives. I have a deep interest in this topic, as I've personally had visions from one of my past lives to where I've picked up names of people, places, faces, etc. On the show, they meet with a psychologist who studies past lives and follow the lives of a few different people that gave extremely specific details about past lives when they were children. This information was confirmed through research via military records, news articles, and even relatives of these people. I just find this particular episode to be very fascinating.

Now here's what I thought was total BS.

I forget which episode it is, but they dive into the topic of "physical mediumship," which is essentially the rare act of communicating with spirits and manifesting something in physical form. They talk about the history of physical mediumship being full of scammers and magicians trying to make things up. They follow and interview one "medium" throughout this episode who hosts a seance for clients. She begins talking as other people during the seance. One is a spirit guide called "Silver Cloud" and another little boy named "Tommy," both of which have very different voices. I about died laughing when she began talking as Tommy. I think that's completely fake and this woman is just scamming people. Anyway, that's my personal opinion. I'm a believer in mediumship but unfortunately in this case I believe this woman is exploiting people wanting genuine connections with their deceased loved ones. I won't spoil the ending, but there's an implication made that makes everything make a whole lot of sense. You'll just have to watch to see what I mean.

So, watch this show and let me know what you think. Even though I'm a believer in much of what this show covers, I also believe that these topics should be approached with a healthy dose of skepticism as well as an open mind. It's an interesting show nonetheless and I definitely think it's worth checking out.

Once you've watched, let me know what you think of the show by messaging me on Instagram, @mollieonair!