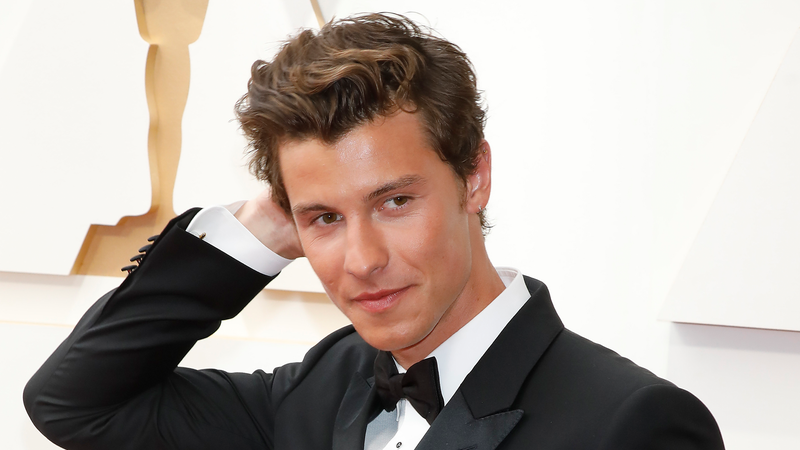 Taking to social media to open up about the overwhelming feelings he’s been fearful to share in past, Shawn Mendes admitted that he's constantly "either flying or drowning” and has been worried that if people knew the truth they “might think less of” him. But for him, telling the truth outweighed any fears and doubts.

“Sometimes i ask myself what it is that I should be doing with my life and what I always hear in return is ‘to tell the truth, to be the truth’ I feel like that’s a hard thing to do though,” Shawn began the letter.

“I’m afraid that if people know and see the truth they might think less of me. They might become bored of me,” he expressed. “So in those moments of feeling low I either put on a show or hide. The truth, in current form is a 23 year old who constantly feels like he’s either flying or drowning. Maybe that’s just what it is to be in your 20’s idk, or maybe that’s just me.”

Shawn went on to say that he wants to show up in the world as “my 100% true honest unique self and not care what anyone thinks, sometimes I do!!” he admitted. “sometimes I really don’t care what people think and I feel free. most of the time its a struggle tho.”

He continued, “The truth is even with so much success I still find it hard to feel like I'm not failing. Hyper focused on what I don't have, forgetting to see all that I do. The truth is I am overwhelmed and overstimulated. lol.”

Shawn concluded his note by assuring fans he is “okay.” Noting, “I'm just tryna tell and be the truth. I like to think that maybe me saying this might resonate with some people.”

After posting the open and honest confession, Shawn received and outpouring of support from fans. Leading him to once again reassure anyone concerned that he's okay with two additional tweets.

“I’m honestly so okay!, Shawn wrote, “I just wanna communicate with you guys in a real honest way. so I just typed [a] big old note out for you lol.”

“And I guess I'm like damn if I’m feeling this with all of the blessings I have I imagine there must be so many people feeling this and just don’t want them to feel alone !!," he continued in a second tweet.

im honestly so okay! i just wanna communicate with you guys in a real honest way. so i just typed i big old note out for you lol

and i guess im like damn if i’m feeling this with all of the blessings i have i imagine there must be so many people feeling this and just don’t want them to feel alone !!

Sending Shawn lots of love and a big hug. And though at the moment he’s “honestly so okay,” it’s also important to note, that it’s okay not to be.