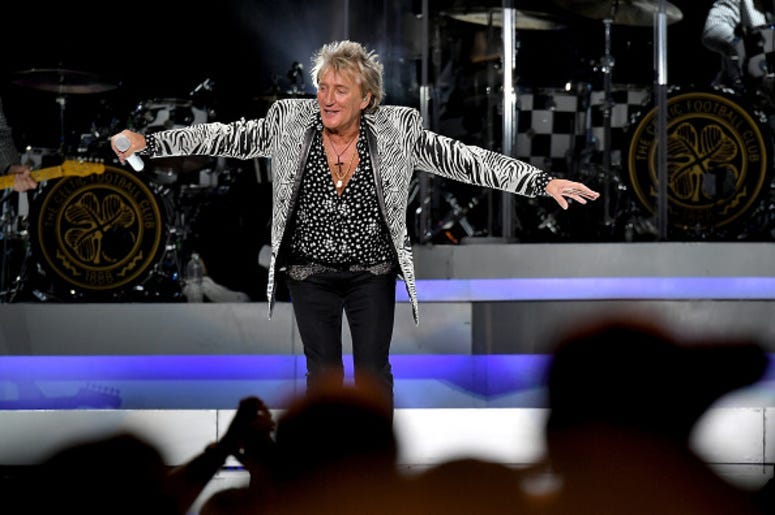 Rod Stewart had an eventful New Year’s Eve, but probably not for the reason he was expecting. The iconic singer got into an altercation with a security guard at an event, and ended up getting charged with simple battery after punching the security guard. Both Stewart, along with his son who was also involved, are due in court February 5th.

Rod Stewart and his son have been charged after punching a security guard at a hotel in Florida on New Year's Eve, police say. https://t.co/DyajL1p9Oz pic.twitter.com/EX29l8lKqU

Last week, Rod Stewart attended a New Year’s eve party at the Breakers Hotel in Palm Beach, Florida. While trying to get his children into the children’s area when a security guard stopped them. According to the security guard, Stewart’s group “began to get loud and cause a scene.”

Maggie woke him up on the wrong side of the bed I guess. 😯😂

The altercation led to Stewart’s son, Sean, got in the face of the security guard, before Rod Stewart punched him in the ribcage area. Footage from the hotel showed Stewart and his son were the “primary aggressors.” This is probably not the way Rod Stewart thought he’d start his new year.