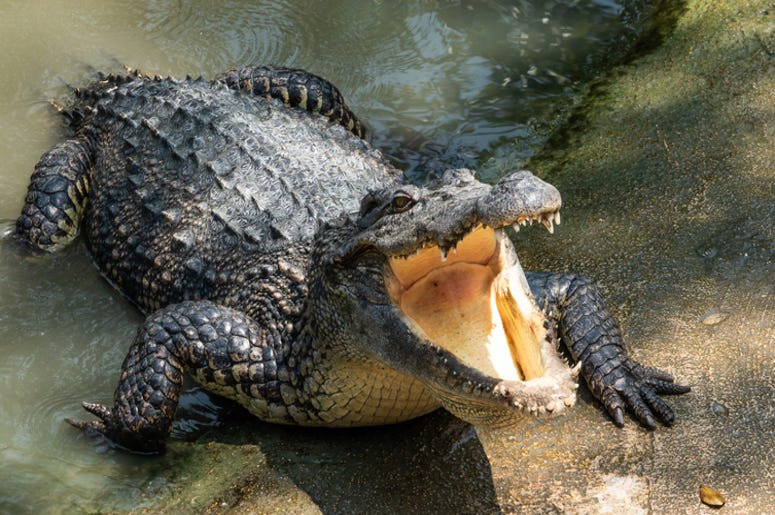 Most people probably don’t know how they would react to coming across a crocodile, but the top answer likely isn’t “attack it with a frying pan.” Yet, that’s exactly what one Australian man did recently, and while it may not seem like the best strategy, it did work. Video of the man taking on the alligator with a frying pan recently went viral, but apparently this wasn’t their first interaction.

Kai Hansen, who is known around town as “King Kai,” owns the Goat Island Lodge in a remote isle in Australia’s Northern Territory. While normally a pub’s rival would be another local business, this pub’s rival is a local crocodile. The crocodile is known for getting a little too close for comfort, and the most recent time it tried entering the pub, Hansen decided to do something about it.

As seen in the viral clip, Hansen swings a frying pan at the crocodile, eventually forcing it away from the pub. According to Bro Bible, Hansen refers to his crocodile enemy as “Fred.” Luckily, Fred now knows not to mess with Hansen anymore.