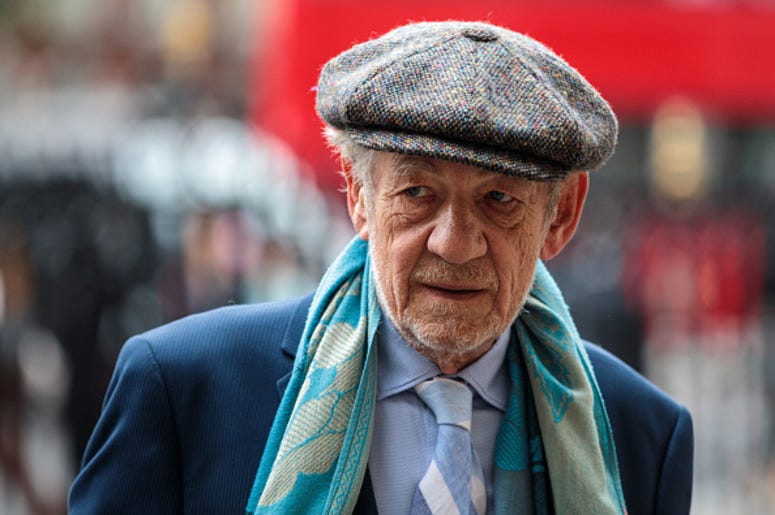 Everyone has a talent, though sometimes they are a bit ashamed to share it with the world. Sir Ian McKellen and ABBA’s Björn Ulvaeus may be known for their acting and musical talents respectively, but the two decided to show fans their other hidden talent; knitting. McKellen recently shared video of the two knitting some ABBA-themed Christmas attire to wish fans a happy holiday season, and now fans are wondering how to get their hands on the final product.

While many fans were unaware of the friendship between Sir Ian McKellen and Björn Ulvaeus, the two recently decided to give them an inside look at the relationship, and apparently it involves a lot of knitting. As seen in the clip that recently went viral, the two are shown knitting Christmas jumpers under an ABBA banner, before a message appears that reads, “Merry Christmas from ABBA and Ian McKellen.” The video quickly went viral with over 600,000 views, according to NME.

Of course, many fans were impressed by the pair’s knitting skills, with some even asking if they could purchase the final product. However, it seems McKellen and Ulvaeus seem set on keeping the Christmas attire for themselves. Maybe in the future they will start their own holiday clothing line.