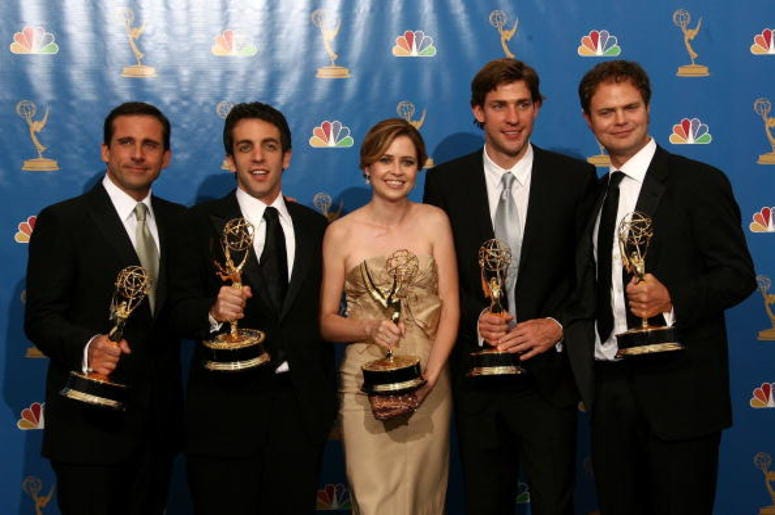 Ever since ‘The Office’ ended their run on NBC back in 2013, fans have been begging for the show to return. While reunion rumors have swirled in recent years, it seems fans may never get ‘The Office’ reboot they always wanted. However, it looks like they will soon be getting the next best thing, as John Krasinski recently announced he will reunite with ‘The Office’ co-star Steve Carell in his next film, ‘If.’

Ah, what if one day I could assemble my dream cast? What... IF pic.twitter.com/KAEWdzmn9Y

For years, fans of ‘The Office’ watched as John Krasinski’s character, Jim Halpert, worked under Michael Scott, played by Steve Carell. However, in 2022 it looks like the tables have finally turned, as for their next project Krasinski will be in charge of Carell. Krasinski recently announced he has assembled a “dream cast” for his next directorial effort that includes Carell.

According to UPROXX, the film will also star Ryan Reynolds, Phoebe Waller-Bridge, Fiona Shaw, Alan Kim, Cailey Fleming and Louis Gossett Jr. While not much is known about Krasinski's upcoming film, ‘If,’ it is expected to be released in November 2023. Hopefully a few pranks are included for old times’ sake.