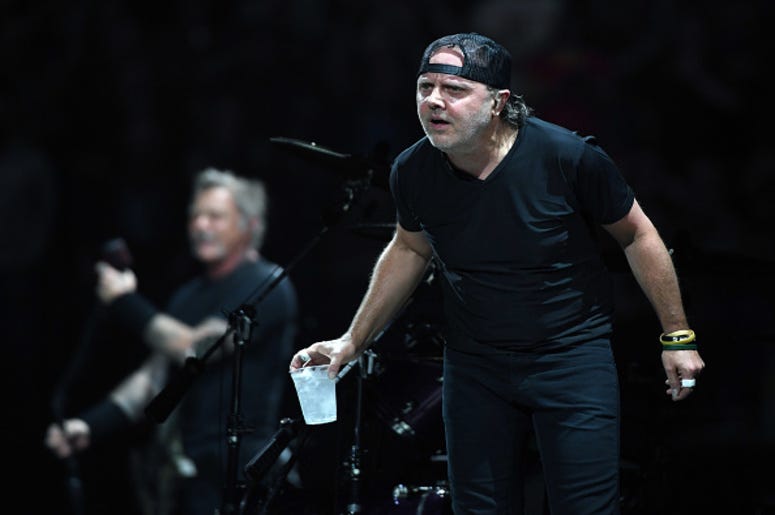 Every music fan has a favorite band or artist, but sometimes their fandom goes a little too far. While some fans may seek out posters, autographs and other memorabilia based on their favorite musician, others build entire shrines dedicated to their favorite music. That’s definitely the case for one Metallica fan, who recently shared photos of a toilet he built to look like Lars Ulrich.

Prince Midnight, a Florida musician who previously went viral for making a guitar out of a skeleton he claimed was his dead uncle's, has gone viral once again; this time for a toilet that looks like Metallica drummer Lars Ulrich. As seen in the photos that recently went viral, a Lars Ulrich-like figure surrounds the toilet bowl. “Make no mistake, this is not me taking a jab at Lars. This is my way, albeit unconventional, to honor Lars Ulrich and Metallica. I could have painted a picture or made a traditional sculpture, but no one would have even noticed, and really, that's not the kind of art and performance I do,” said Midnight.

According to Loudwire, Midnight used clay to create the toilet. While many fans were impressed, others thought it was a strange way to honor the musician. Maybe one day Midnight’s toilet will be used by the man himself.