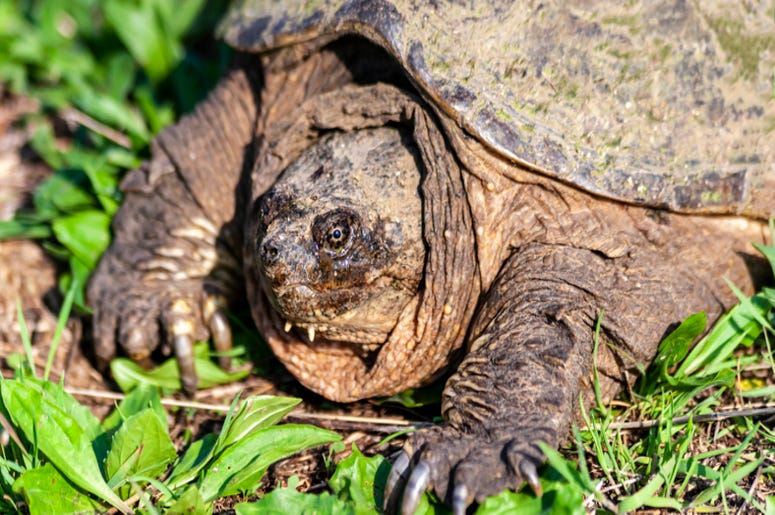 Every fisherman loves to tell the story of their biggest catch, but sadly not all of them are believable. Luckily for one Texas fisherman, he has the photographic evidence to prove it. Now, his photos are going viral after catching a massive 150 pound alligator snapping turtle.

Justin Broomhall of Longview, Texas was fishing at Lake Cherokee recently when he spotted something unexpected in the water. The fisherman was trying to lure in catfish, but eventually spotted a trail of bubbles in the water and decided to throw his fishing line towards it. What Broomhall didn’t know was he was about to enter into an epic battle with an alligator snapping turtle that would last 15 to 20 minutes.

“That’s when everything went crazy,” said Broomhall of his battle. According to Fox News, the fisherman eventually reeled in the turtle that he estimated to be about 150 to 160 pounds and over 100 years old. That’s not a bad trophy for a hard fought battle.