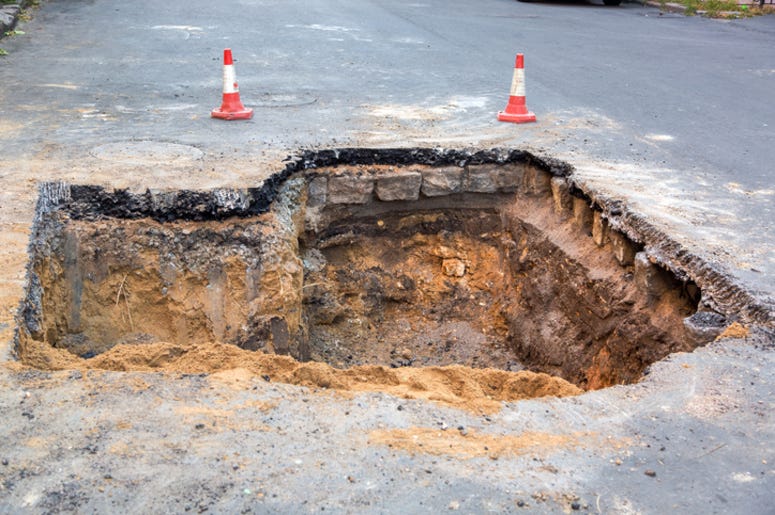 Driving in bad weather can be extremely dangerous, and sadly one Texas woman had to learn that the hard way recently. While driving during a flood, the woman’s vehicle was nearly swallowed by a sinkhole. Luckily, a group of firefighters and bystanders were able to rescue her right before the car was fully submerged.

On Tuesday, a driver in El Paso had to be saved by a group of 10 people after her car got stuck in a flooded sinkhole. As seen in the clip that has since gone viral, the group holds up the car, while others pull the woman safely from the vehicle. “Thirty seconds more and she would’ve been dead,” said one witness.

According to Fort Worth Star Telegram, the vehicle was eventually fully submerged in water by the end of the video, which was taken by Enrique Duenas-Aguilar, the public information officer with the El Paso Fire Department. Luckily, the woman escaped the accident without harm, but her car wasn’t so lucky. Hopefully next time it floods, she will avoid hitting the road.