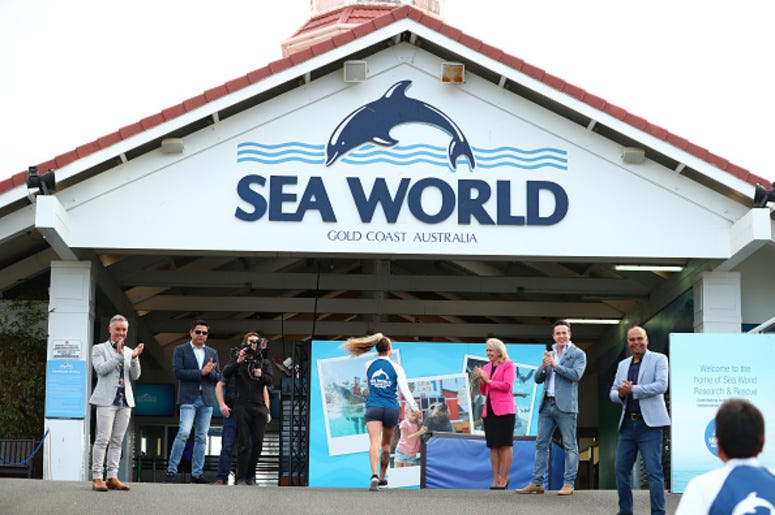 Social media was created to connect people all over the world. However, it seems today people mainly use it to troll others on the various platforms. Sometimes even businesses get involved, making fun of their competition in order to promote their own product. The most recent example of this comes from Universal Studios and SeaWorld, who recently engaged in a Twitter war after Universal Studios took an unexpected shot at SeaWorld.

Not TOO much. This isn't SeaWorld.

You’re so right. @10Best recently said something about SeaWorld being a bit more “lively”.

Maybe pay your team to come up with new material? 🤔

This paperweight would look good on your desk. Congrats. pic.twitter.com/Fk2OpH1Xat

Of course, SeaWorld didn’t stand down, immediately responding with a recent poll claiming SeaWorld to be more “lively.” According to Brobible, the exchange escalated from there with Universal Studios calling out SeaWorld for owing money on a failed roller coaster, and SeaWorld attacking the park for using old jokes. Sometimes, even businesses have to let their anger out online.