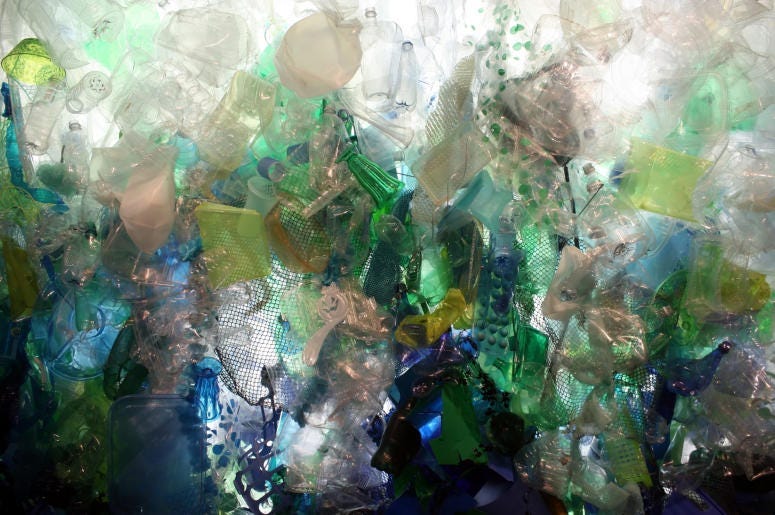 (KCBS Radio) – Each year, 7 trillion pieces of microplastic flow from Bay Area cities into creeks and storm drains and then out into the San Francisco Bay itself.

To put that figure into perspective, the amount of microplastics being released into the bay each year is “…approximately 300 times greater than the estimated annual discharge from all wastewater treatment plants discharging into San Francisco Bay.” That is according to the most comprehensive study of its kind ever conducted on the amount of microplastic pollution in a major estuary.

The San Francisco Estuary Institute and the 5 Gyres Institute released the results of their three year study on Oct. 2.

Microplastics are plastic particles no larger than five millimeters that are largely created when everyday products like bags, bottles and fishing gear break in smaller pieces. “Some of them are little bits of foam fragments. We also see fibers, some of which could be coming from our synthetic clothing,” says Rebecca Sutton, senior scientist with the SF Estuary Institute. Synthetic clothing, like the ubiquitous fleece jacket, can shed as they go through the wash and those fibers end up in our water systems. “We see polyethylene, polystyrene, we see rubber from vehicle tires.”

The wide variety in shape, size and material means microplastics present a stunning array of toxicological challenges to environmentalists, although more research needs to be done before scientists understand the full impact of microplastics on humans and wildlife.

But Sutton says scientists do know that they are not going away on their own. “This stuff is persistent so it does not break down in the environment, it just breaks up into tinier pieces that more wildlife can eat… and we’re making more and more each year, so it’s definitely something to address sooner rather than later.”

Sutton and her colleagues are calling on local leaders to improve water filtration systems to prevent microplastics from making their way into the bay, and encouraging the public to reduce their use of plastics to help address the root cause.

While the findings can seem overwhelming, Sutton says each individual can contribute to the solution. “I think we can all make small steps to improve the plastic pollution situation and reduce our use of plastic.”