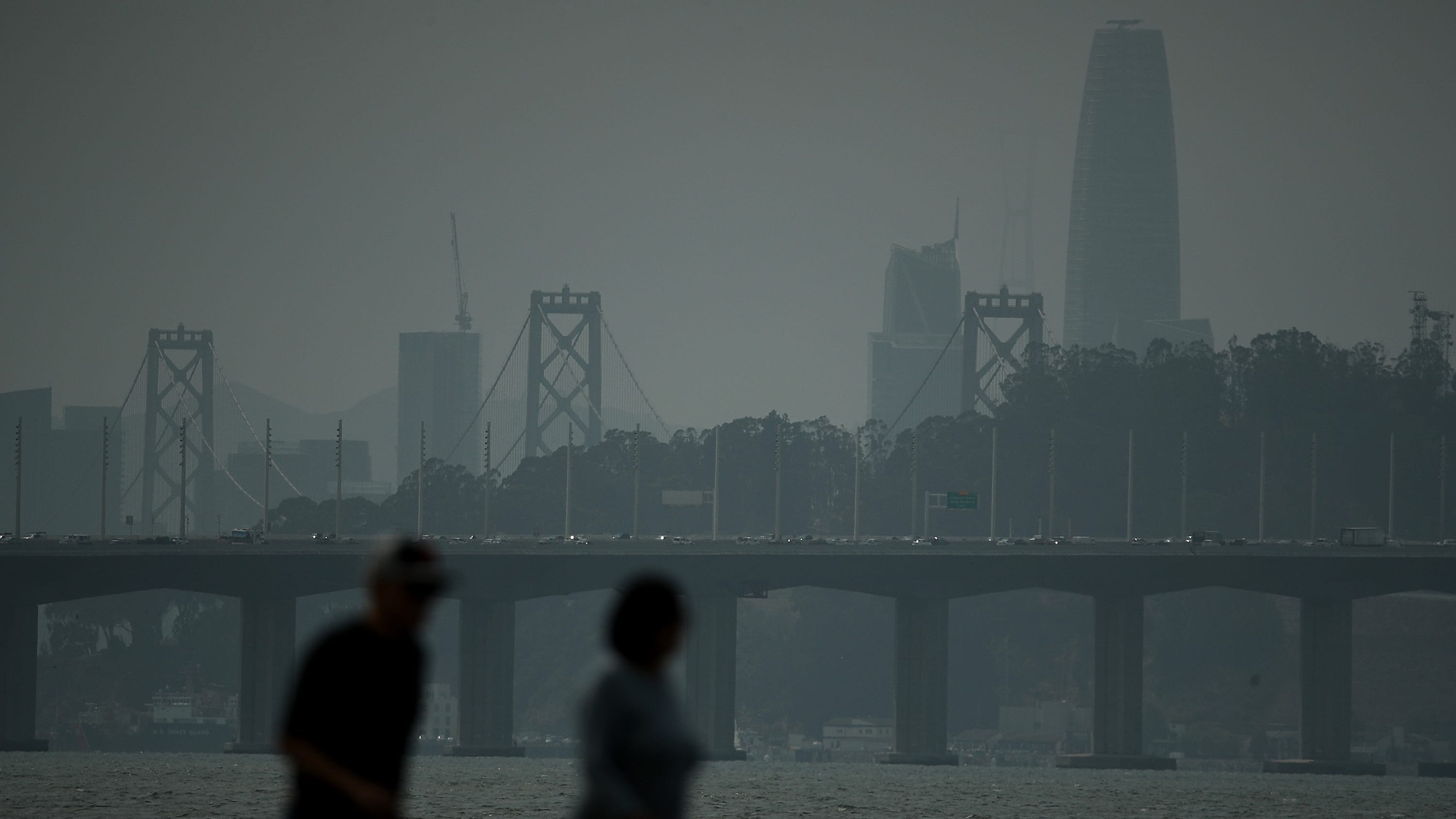 Air quality index readings are steadily decreasing in the Bay Area and the thick smoke is expected to clear up this week.

"We think it’ll be a gradual improvement," said Ryan Walbrun with the National Weather Service. "Especially people in the North Bay should see some better air today, down to San Francisco."

While the air is still considered unhealthy across the region, readings continue to show gradual improvement. At San Francisco International Airport, visibility is now 10 miles, a major change from just last week and the stars may be visible again Tuesday night.

Updated smoke forecast. Note the fire perimeters are on this mornings map. Locally only the Dolan Fire near Big Sur is active. The Creek and SQF Complex fires are putting up the massive plumes over the Sierra. General idea is for improving conditions today through Friday. #CAwx pic.twitter.com/TkO30TpLlB

But Wednesday marks a record-shattering 30 consecutive days of Spare the Air alerts, so you may still want to wait before heading out for a long run or doing work outside, if you can avoid it.

Satellite images show that a big plume of smoke from the Creek and SQF fires continue to cover Yosemite and Central Valley, stretching all the way to Reno and beyond.

"Initial big plumes that went off about a week ago, they shot a lot of smoke out towards the ocean,” he explained. “So it’s made its way back onshore and we are seeing those same satellite images that show it heading all the way across the United States and over towards Europe."