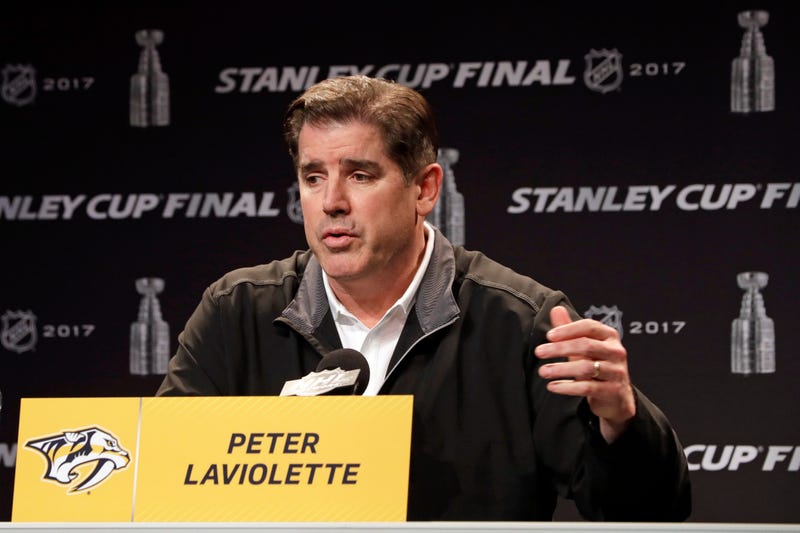 Peter Laviolette was hired Tuesday as coach of the Washington Capitals, who hope to harness his ability to quickly take a team to the Stanley Cup Final in what could be the final few years of their championship window.

Laviolette is the first Cup-winning coach hired in the franchise's 46-year history and only the second with previous NHL head coaching experience during the Alex Ovechkin era. He takes over for Todd Reirden, who was given his first head job and then fired following a back-to-back second-round playoff exits.

“Peter is a successful NHL head coach who has won a Stanley Cup and brings a wealth of experience to our team,” Capitals GM Brian MacLellan said in a statement. “We feel he is a great communicator who will motivate our players to play with passion, structure and discipline, while helping our young players reach their potential. In addition, he is a high-character individual who is highly respected for his coaching pedigree, all of which make him the ideal person to lead our team to compete for the Stanley Cup.”

Laviolette coached the Carolina Hurricanes to the Stanley Cup in 2006 and took the Philadelphia Flyers to the final in 2010 and the Nashville Predators in 2017. In Nashville, he succeeded Barry Trotz, who joined the Capitals in 2014 and led them to the title in 2018 before leaving in a contract dispute.

Hiring Laviolette, 55, puts a seasoned hand back at the controls days shy of Ovechkin's 35th birthday and with the team's core group trying to capture one more championship. He is Ovechkin's seventh coach since he entered the league in 2005.

Ovechkin has one year remaining on his contract but could sign an extension that lines him up with center Nicklas Backstrom's new contract. Wingers T.J. Oshie and Tom Wilson, center Evgeny Kuznetsov and defenseman John Carlson are all signed long term, while goaltender Braden Holtby is set to become a free agent, handing Ilya Samsonov the starting job.

Laviolette is the taskmaster coach the Capitals haven't had since Dale Hunter in 2011-12. Hunter helped Washington reach Game 7 of the second round, a hump they couldn't get over until Trotz coached them to the Cup two years ago.

Laviolette has 18 years of experience as a head coach. He most recently coached the Nashville Predators but was dismissed in January after 5 1/2 seasons with the team. At the time, the Predators had dropped four of five games and general manager David Poile said several players — and the team — were playing far below expectations.

Laviolette, whose first head job was with the New York Islanders, ranks 16th in all-time coaching wins with a career record of 637-425-123. He also has coached the U.S. at the world championships several times.