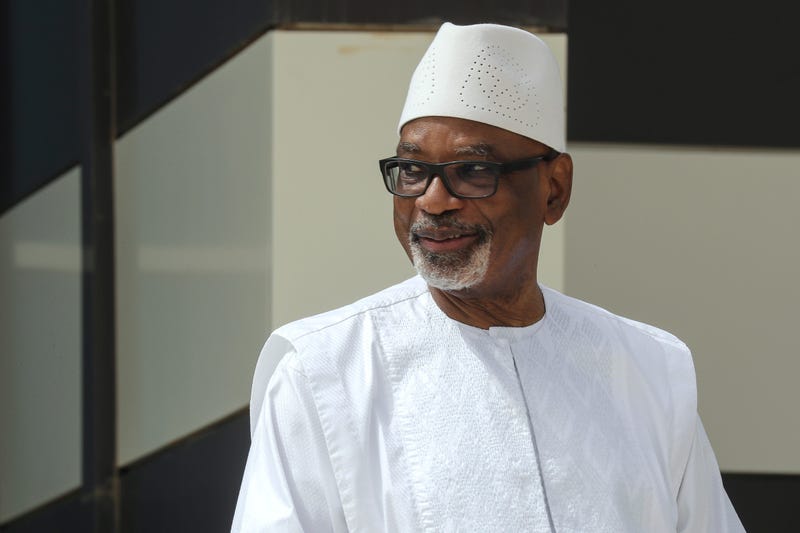 Photo credit FILE - In this June 30, 2020, file photo, Mali's then President Ibrahim Boubacar Keita poses for a group photograph during the G5 Sahel summit in Nouakchott, Mauritania. Keita, the Malian president ousted in a military coup in August, was hospitalized late Tuesday, Sept. 1, at a private clinic, intensifying fears about the 75-year-old's health after being detained for 10 days by the junta now in power. (Ludovic Marin/Pool Photo via AP, File)
By The Associated Press

The 75-year-old’s health has been in question since he was hospitalized following his detention for 10 days by the military junta now in power.

He left Mali with is wife, Aminata Maiga Keita, an attache, two doctors and four security agents, said the diplomat with knowledge of the situation but who insisted on not being quoted by name because he was not permitted to speak to press on the matter.

The plane was dispatched by the United Arab Emirates following a request from Malian authorities and Keita, so he can be treated at a military hospital in Abu Dhabi, the diplomat said.

Keita had been moved to his residence earlier this week after hospitalization at a private clinic under the tight security of the junta.

Leaders of the junta had said they were open to whatever treatment he needed to get, even if in another country.

The junta, which calls itself the National Committee for the Salvation of the People, is now running Mali under the leadership of Col. Assimi Goita.