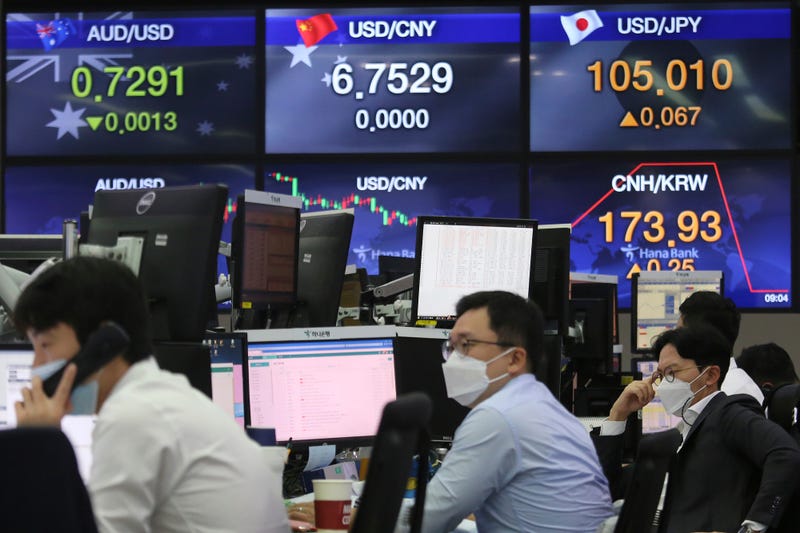 BEIJING (AP) — Global stocks and U.S. futures sank Thursday after the Federal Reserve indicated its benchmark interest rate will stay close to zero at least through 2023 but announced no additional stimulus plans.

The Fed said Wednesday it won't raise interest rates until inflation reaches 2%, which the U.S. central bank's own projections say won't happen until late 2023. Chairman Jerome Powell promised the Fed “we will not lose sight" of unemployed Americans but gave no indication of new stimulus.

Markets “hoped for the Fed to put policy money where the mouth is” but "ended up a tad disappointed,” Mizuho Bank said in a report. The Fed was “long on talk and short on action.”

On Wall Street, the future for the benchmark S&P 500 index fell 1.2% and that for the Dow Jones Industrial Average lost 1%.

Global markets have recovered most of this year's losses, boosted by central bank infusions of credit into struggling economies and hopes for a coronavirus vaccine.

Forecasters warn, however, that the recovery might be too big and fast to be supported by uncertain economic activity.

U.S. investors are counting on Congress for a new support package after additional unemployment benefits that help to support consumer spending expired, but legislators are deadlocked on its possible size.

The Fed forecast the economy will shrink 3.7% this year, an improvement over its June outlook of a 6.5% drop. The Fed projected an unemployment rate at the end of the year of 7.6% instead of the 9.3% projected in June.

“A full economic recovery is unlikely until people are confident that it is safe to re-engage in a wide variety of activities,” Powell said.