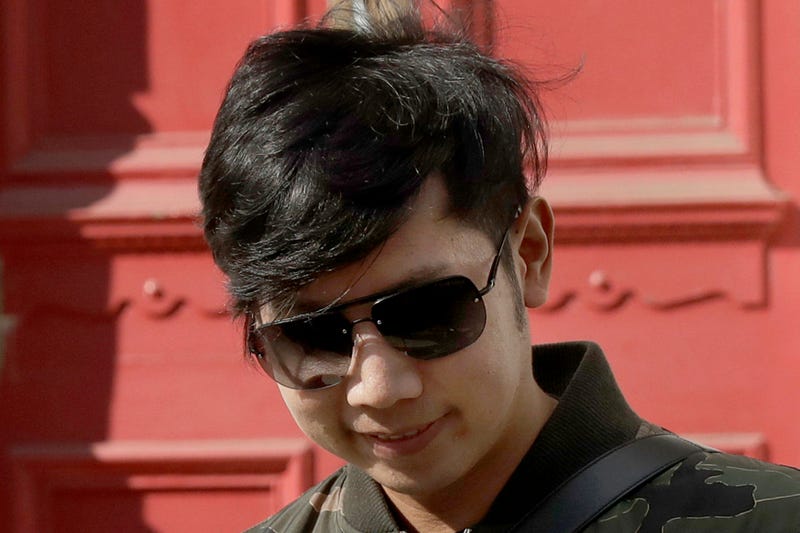 Photo credit FILE - In this April 5, 2017, file photo, Vorayuth "Boss" Yoovidhya, whose grandfather co-founded energy drink company Red Bull, walks to get in a car as he leaves a house in London. A Thai court on Tuesday, Aug. 25, 2020 issued a new arrest warrant for an heir to the Red Bull energy drink fortune, a month after news that prosecutors had dropped a long-standing charge against him caused widespread uproar and anger. (AP Photo/Matt Dunham, File)
By The Associated Press

BANGKOK, Thailand (AP) — A Thai court issued a new arrest warrant on Tuesday for an heir to the Red Bull energy drink fortune, a month after news of the dropping of a long-standing charge against him caused widespread anger.

“This was the recommendation by the police committee investigating the case," he said by phone. "We are confident that we can move forward on this, otherwise this decision would not have been made.”

Vorayuth is the grandson of Chaleo Yoovidhya, one of the creators of the globally famous Red Bull brand. Forbes puts the family’s net worth at $20 billion.

Around dawn on Sept. 3 , 2012, Vorayuth was at the wheel of a Ferrari that struck the back of a traffic policeman’s motorcycle on a main Bangkok road. The officer was flung from his motorbike and died at the scene, while Vorayuth drove home.

The family does not dispute he was the driver but says the policeman caused the crash by veering suddenly across his path. A forensic examination at the time put his speed at around 177 kilometers (110 miles) per hour in an 80 kilometers (50 miles) per hour zone, and medical tests allegedly found traces of cocaine in his bloodstream.

For years Boss avoided court by not turning up to meet prosecutors. Meanwhile, the number of charges against him dwindled due to the statute of limitations.

After an AP investigation revealed that he was continuing to live a globetrotting life, using private jets to party around the world and staying in the family's luxurious properties, authorities finally issued an arrest warrant for causing death by reckless driving in April 2017.

By then he had fled abroad and it was widely thought he would lie low, waiting out the time limit on the final remaining charge.

But in July of this year it was revealed that prosecutors had decided to drop the charge more than five weeks earlier, clearing the way for him to return.

There was a furious reaction from a disgusted public who saw it as a prime example of the impunity of the rich and influential in Thailand from prosecution.

So severe was the backlash that authorities set up a number of committees to review the decision, leading to Tuesday’s about-turn. The results of each committee’s deliberations cast grave doubts on the competence and honesty of police and prosecutors who dealt with the case.

Boss’s whereabouts are currently unknown. It isn’t clear whether he took advantage of the five- week gap between the dropping of the charge and the public uproar to return home, though international travel to Thailand has been severely curtailed due to the coronavirus pandemic.

Both of his Thai passports were canceled shortly after the issuing of the original arrest warrant in 2017.

Anti-government demonstrators have used the scandal repeatedly in their ongoing protest rallies to underline their case that the government of Prime Minister Prayuth Chan-ocha should resign.

There have also been calls in Thailand to boycott the Red Bull brand.