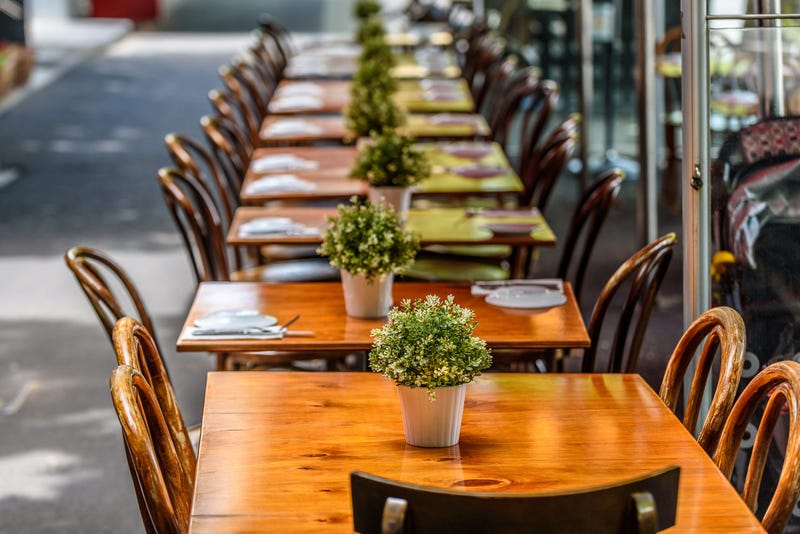 Several Bay Area counties are rolling back on reopening efforts due to the recent surge of positive coronavirus cases throughout the state, with most of those counties added to its watch list. Some of those counties include Contra Costa, Marin, Santa Clara, Sacramento, Solano and Alameda.

Indoor religious services and cultural activities were allowed to resume in June with attendance limited to 100 people. Supervisor John Gioia told KCBS Radio that the infection rate is now more than 8%.

"There’s been a sharp rise in the number of positive tests and the percentage of individuals testing positive, as well as the number of hospitalizations," he said.

Social distancing and face coverings are mandatory, even in your social bubble, unless you are eating or drinking.

Gioia does admit that the rules can be confusing.

"There are changing health orders and some different rules in different counties, so it is important to have one clear message," Gioia said. "At this time, that message is: no indoor gatherings, which means no religious services, no protests or funerals."

Sonoma CountyIndoor dining in Sonoma County breweries, wineries and restaurants is being put on hold, as of 12:01 a.m. Monday.

Alameda CountyIn Alameda County, outdoor dining once is, once again, off the menu due to stricter guidance issued by the state on July 9.

Alameda County Officials released a statement on Friday stating that all restaurants in the county can only offer take-out and delivery options.

Arty Larpnampha is co-owner of Farmhouse Kitchen in Oakland’s Jack London Square, which was offering outdoor dining since the county gave restaurants the green light last month. He learned on Friday night that he’d have to stop and would do so as to not “get in trouble.”

Somi Son owns Cafe Au Lait in Alameda, and just found out about the updated rules, but told KCBS Radio she only has the capacity to service four to five people.

"We’re mainly a to-go type of place, so it won’t affect us too much," Son said.

Alameda County had applied for variance, or permission, from the state to re-open, but put that process on hold a couple of weeks ago due to the rising number of COVID-19 cases.

In the statement, health officials said they now will continue the process.

But some cities aren't on board with the new restrictions. Livermore and Hayward say they will not enforce the revised order and would proceed with planned street closures this weekend to allow for more space for outdoor dining. The City of Oakland replied to the new restrictions through a press release on Saturday, saying it will not enforce the order, ultimately calling for better clarity from the county and state to help guide restaurant owners in how to move forward. It also announced it will put the "Flex Streets" program on hold until it gets more answers.