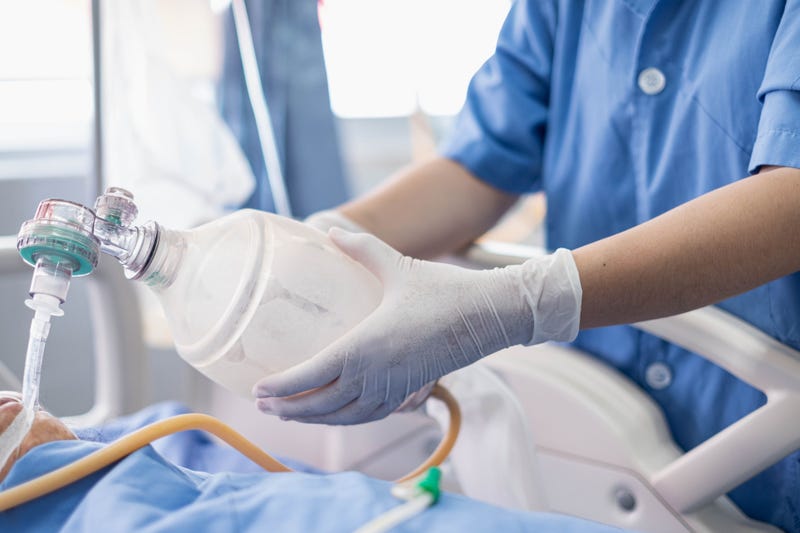 There are encouraging numbers coming out of Bay Area ICUs. The state says Bay Area hospitals have seen a 13% drop in ICU patients since Tuesday and a 9.6% drop in overall hospitalizations. Alameda and Contra Costa Counties did see increases, but those were very slight.

“In the densely populated areas such as New York, Detroit and other cities like Chicago and New Orleans, we’ve seen how those cases have really taken off and increased. So I’m guardedly optimistic that the incidents of COVID are going in the right direction, but we don’t want to be too optimistic yet,” says Dr. Michael Matthay, associate director of critical care medicine at UCSF.

Recent outbreaks in homeless shelters are just one of the signs that the worst is still ahead.

In this time when every hospital is looking for the same kinds of equipment, the push is on to cobble together what you can to create masks and ventilators.

“One of the issues that we saw in Washington was that there’s a lot of leakage with breathing support machines like CPAP machines. So if you can filter the air and make it cleaner for the personnel that are working in the room such that the disease doesn’t spread throughout the facilities, that’s what we’re looking at.”

She says their team has received plenty of donations because many people have one sitting in their closet that does not often get used, and sleep clinics are shut down at the moment. And in addition to a healthy supply, hospitals and healthcare workers would likely be able to convert the devices themselves.

“I would say the whole process is only a few minutes,” says Dr. O’Connell. “Once you have everything it doesn’t take very long to connect all the parts. It’s kinda like putting together legos or an Ikea furniture set… maybe less frustrating than an Ikea furniture set.”

These converted ventilators are meant to be used as interim devices, either as someone is waiting for a regular ventilator or as a patient is being weaned off one to help free up critical equipment faster.

If you want to donate equipment, go to ventilatorsos.com.