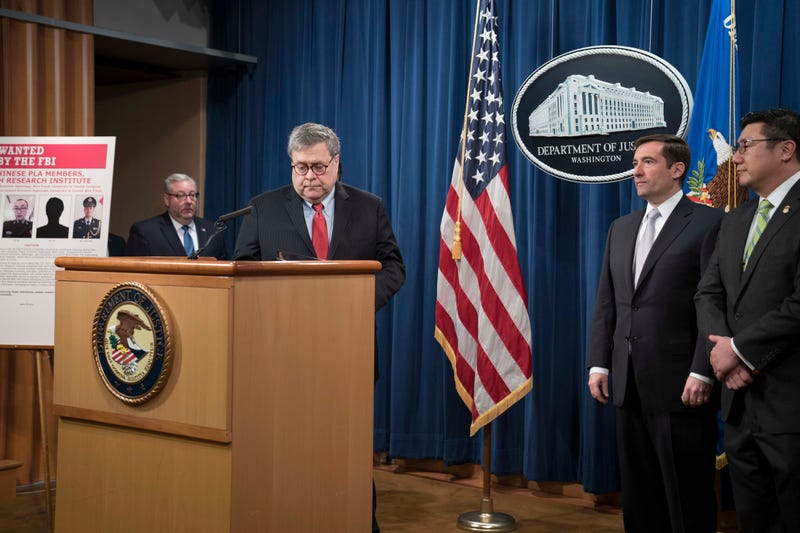 (KCBS Radio) —The Trump administration is upping the ante in its legal war with California over the state's immigration and sanctuary policies to protect undocumented immigrants.

"Today is a significant escalation in the federal government's effort to confront the resistance of sanctuary cities," Barr said.

Barr is seeking to have a federal court toss out the new California law that bans for-profit immigration detention centers.

Barr contends that California doesn't have the constitutional authority to interfere with federal immigration operations.

"California has every right to decide how it wants to manage its own prisoners and detainees, but it has no authority to dictate to the federal government how it conducts its federal operations," he said.

But Assemblyman Rob Bonta (D-Oakland), who wrote the law, begged to differ with Barr's claim.

Bonta said the federal government's position is not based on reality.

"They peddle in fear, not facts," he said. "This isn't just an ideological belief. This is based on data and statistics. The federal government's own data on every single metric. For-profit private prisons and detention centers hurt and harm the health, safety and welfare of those in their system."

Governor Newsom's press secretary told KCBS Radio that Newsom signed Bonta's bill because locking up human beings for profit runs contrary to California's values, and the state will not back down from defending its laws.