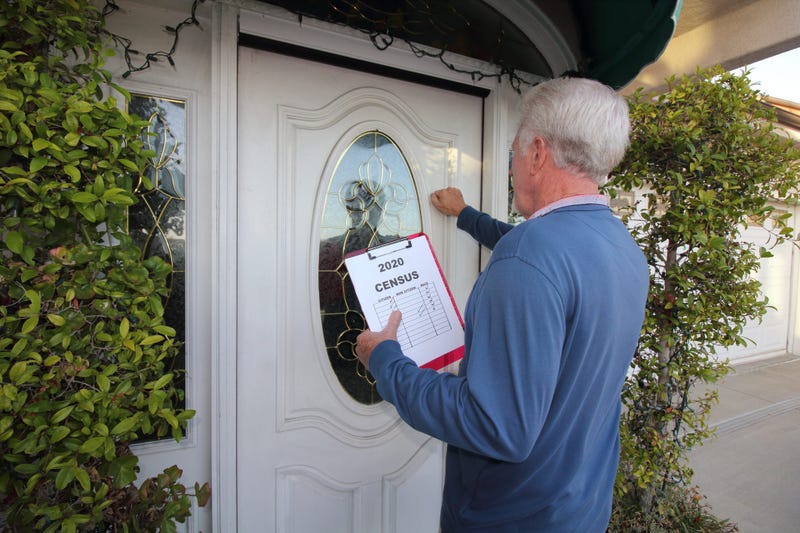 Photo credit Getty Images
By Tim Ryan, KCBS All News 106.9FM and 740AM

The coronavirus pandemic has slowed efforts to complete the 2020 census, and a new announcement from the Trump administration is raising concerns that millions will go uncounted.

The Census Bureau announced late Monday that outreach efforts will end in September, not October as previously planned. An estimated 30% to 40% of Americans are still estimated to be uncounted.

"The idea that now they’re abandoning this proposal and now trying to rush non-response follow up, the door-knocking operation, is very upsetting to stakeholders who are ultimately concerned about and inclusive and accurate 2020 census," said Mary Jo Hoeksema with The Census Project advocacy group.

Many census advocates say the outreach effort should be extended, not shortened as the pandemic has made residents even more reluctant to open their doors to strangers.

"Census data and getting an accurate count informs so many of the different ways the federal funding comes back into our communities, and these are programs that are bread and butter for our communities," said Carolyn Coleman, executive director of the League of California Cities. "For every person, every person left uncounted in California, we could lose $1,000 in federal funding each year for the next 10 years."

An undercount can impact a wide variety of groups.

"The hard-to-count community certainly includes people of color, but it also includes people you may not necessarily think of being hard to count: the elderly, people living in rural areas, young children zero-five are typically undercounted," said Hoeksema.

The announcement Monday also means tens of thousands of door knockers will be out of work one month earlier than expected.