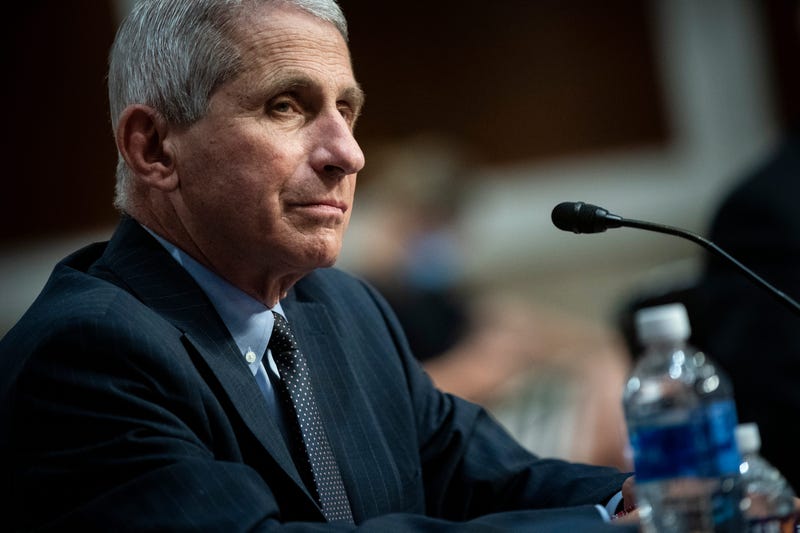 The first COVID-19 vaccine tested in the U.S. is poised to begin a key final testing phase, an encouraging development the nation’s top infectious disease expert said is "bottom line, a good news piece of information."

Researchers reported Tuesday that the trial vaccine boosted a trial group’s immune systems just the way scientists had hoped. The 45 volunteers who rolled up their sleeves initially started the clinical trial back in March, with some reporting flu-like symptoms when receiving heavier doses of the shot.

"The good news about it is that in the phase one trial, which is predominately looking at safety, it showed to be safe without any serious adverse reactions," Dr. Anthony Fauci told KCBS Radio’s Patti Reising and Jeff Bell late Tuesday. "But what it did, it induced in the subjects of the trial, a high level of what’s called neutralizing antibodies, which is the antibody that’s necessary to protect you against infection with the coronavirus."

The experimental vaccine was developed by Dr. Fauci’s colleagues at the National Institutes of Health and Moderna, Inc. It requires two doses, one month apart.

The final testing phase is scheduled to begin at the end of July and will involve a much larger group of 30,000 test subjects. It will continue over several months "to determine if the vaccine actually works," according to Dr. Fauci.

"The reason it’s so large is because the main question that you’re trying to answer is (whether it’s) actually effective when it’s actually out there, seeing if you can block the acquisition of infections in the vaccinated people," Dr. Fauci explained. "So, you need a lot more people in the trial to determine if it truly is safe and effective."

The NIH-developed shot isn’t the only one set for such massive U.S. testing, which is crucial to spot rare side effects.

The government plans similar large studies of the Oxford candidate and another by Johnson & Johnson. Separately, Pfizer Inc. is planning its own huge study.

In all, Dr. Fauci said there are about five additional experimental vaccines on track to enter various trial phases in the coming months.

"We hope to have an answer by the end of this calendar year and the beginning of 2021," Dr. Fauci said of the projections for the study’s final phase. "I’m cautiously optimistic that we will get that information by the end of this year, particularly if the infection rate stays as high as it is right now."

Having results around the end of the year would be a remarkable speed for developing a vaccine.

In an interview with KCBS Radio last week, Dr. Fauci expressed "concern" over "a certain segment of society that's very skeptical about vaccines that are being recommended."

What Is It Like To Get A COVID-19 Vaccine?