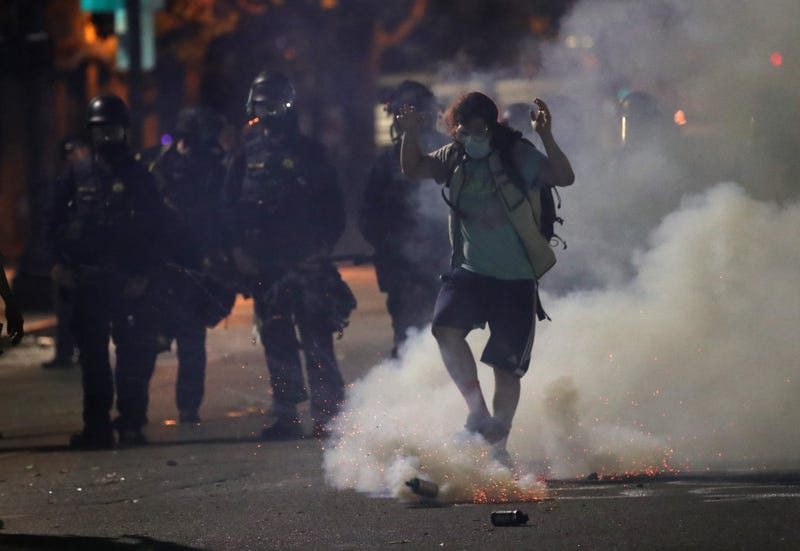 Strict new rules are in store for Oakland police in their use of tear gas and rubber bullets.

A federal judge has issued a temporary restraining order limiting use of gas, projectiles and flash bang grenades except to protect against death and serious injury or the destruction of Oakland City Hall, the police headquarters or the Eastmont police substation.

It is in response to a civil rights lawsuit filed by protestors, who say police launched projectiles and tear gas at the elderly and families with children during demonstrations over police brutality and racism last month.

“The police are employed by the people. We pay their salaries, they are accountable to us,” said Cat Brooks with the Anti Police-Terror Project. “The level of damage and brutality that they demonstrated during the protests demands an immediate apology and response.”

The department says police did face violence and destruction to police buildings during the protests.

“This has been difficult for the Oakland Police Department as we’ve also experienced shootings at our own building,” says Deputy Chief LeRonne Armstrong. “As we have attempted to secure our building, our officers have endured those who have come here with firearms and attempted to assault them.”

Police will still be able to use flash bangs and gas after providing sufficient warnings. Those warnings are a point of contention, as protestors say they could not hear what the police were saying over noise.

The judge also ruled that when mutual aid from other agencies is requested, Oakland officers will need to take the front line position between protestors and outside officers.

Interim OPD Chief Susan Manheimer says use of force is always under review by the department, and says smoke and gas are meant to diminish crowds and prevent further violence.

“(They) are meant to provide a warning, and egress out. And it’s our hope that we do that,” she said. “Sometimes we will use gas or other smoke to ensure that we can do that. We don’t want to arrest individuals."

“It is so important that we facilitate free speech and protest,” said Oakland Mayor Libby Schaaf. “This is a moment where people should feel safe to express their rage, their anger, their demand for change in government. We cannot tolerate threats to life but we have to also create safe spaces for protests.”

Brooks says the lawsuit is just one step in a overall process of transforming policing. “The people are saying no more, enough. No more business as usual. We’ve had it. Something is going to change. We don’t need police to answer to every single social ill.”