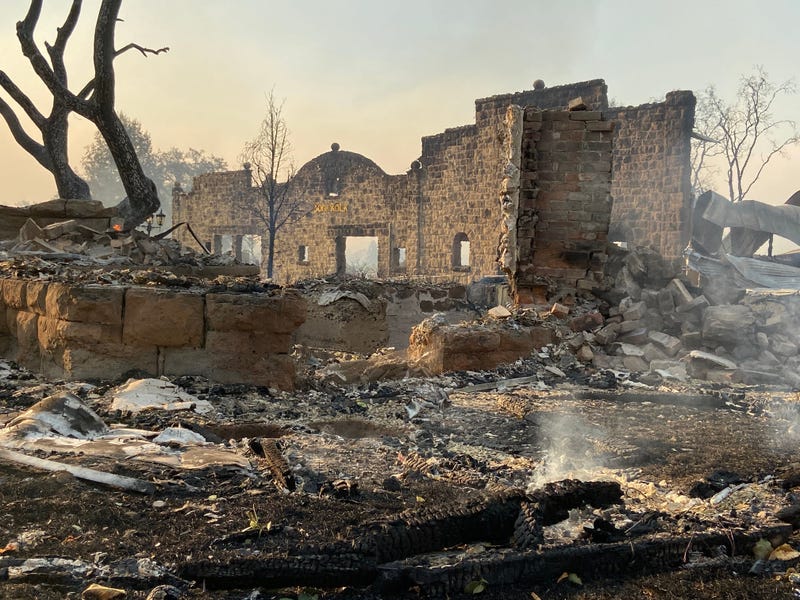 Photo credit Holly Quan/KCBS Radio
By All News KCBS Radio , KCBS All News 106.9FM and 740AM

Approximately 180,000 people have been ordered to leave their homes across much of northern Sonoma County as authorities worry that the Kincade Fire could grow quickly from powerful winds.

It's believed to be the largest evacuation in Sonoma County's history.

Approx 180,000 people under evacuation order due to #KincadeFire. This is the largest evacuation that any of us at the Sheriff’s Office can remember. Take care of each other.

The mandatory evacuation orders extended to northern and western parts of Santa Rosa. The territory includes the area north of Highway 12 and west of Highway 101.

The area west of Fulton Road, south to Marin County, must also be emptied, authorities have said.

Authorities have also said Sebastopol, Bloomfield, and Valley Ford must be cleared.

The Kincade Fire, which started near Geyserville, has burned 30,000 acres, according to Cal Fire. The fire is 10% contained.

Flames have destroyed 79 buildings, but authorities consider 31,000 structures to be threatened by the Kincade Fire.

The Sonoma County Fairgrounds is now the only evacuation center still accepting people who've been ordered to leave their homes.

People who found shelter at the Finley Community Center in Santa Rosa have since been ordered to evacuate.

PG&E has cut power to nearly 1 million customers in an attempt to reduce the chance of additional fires. Damaged power equipment during wind storms and hot, dry weather has ben blamed for starting previous wildfires.