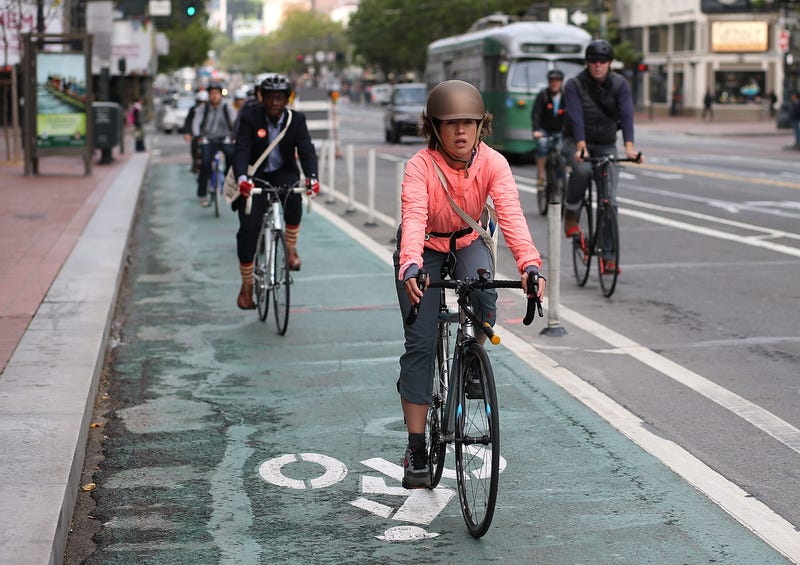 Cars will not be permitted to drive eastbound on Market Street between 10th and Main streets while the westbound thoroughfare will be closed to vehicles from Steuart Street to Van Ness Avenue, the San Francisco Municipal Transportation Agency said.

Drivers will still be permitted to cross Market Street at intersections, however.

The drastic change to transportation is part of an effort to reduce accidents involving pedestrians. City officials say they will reduce pedestrian deaths to zero by 2024 through its Vision Zero initiative, although there were 29 pedestrians killed last year, according to city figures.

This stretch of Market Street is home to five of the most dangerous intersections for pedestrians and cyclists, Muni said.

Taxis and buses will still be able to use the full length of Market Street, but motorists for Uber and Lyft must drive elsewhere.

By rerouting traffic, officials predict it will improve the performance of mass transit.

The idea of remaking Market Street had been under consideration for months.