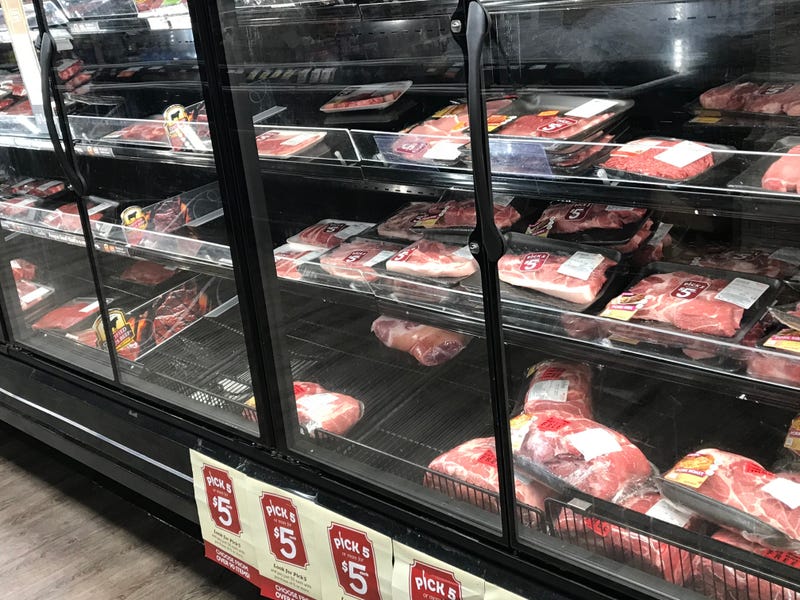 U.S. grocery stores are preparing for a possible meat shortage.

Tyson Foods reported Monday that pork processing had dropped in half in the U.S., even after President Trump signed an executive order requiring processing plants to stay open. The company says the meat supply chain may be impacted for several months by the pandemic.

Several plants in the U.S. have been forced to closed due to outbreaks of the coronavirus among employees. Thousands of cases have been tied to meat processing plants. Both Tyson Foods and Smithfield, two of the country's biggest meat processors, have experienced outbreaks.

“Smithfield is probably the largest pork processor here in the United States," says Al Juhnke, executive director of the Nebraska Pork Producers Association. "So anytime that there’s a hiccup within the system… it will have an effect on the overall meat supply.”

Costco now says it will limit members to three meat items per purchase.

“It’s going to be noticeable when you take those major, these super packing plants out of out of the mix,” says Jesse Smith, president of the Nebraska Association of Meatpackers. “I think there’s going to be a pork shortage at some point and possibly beef if the same thing happens to the beef plants."

A quick survey of prices at grocery stores in the Bay Area showed mixed results. At a Lucky’s market in San Carlos Tuesday morning, pork ribs were priced at $5.19/lb, Oscar Meyer bacon was $8.99/lb and boneless choice beef steaks were $14.99/lb.

While chicken is not expected to be impacted by plant closures at this time, many residents have reported chicken in short supply. Two whole chickens were on sale for more than $20 at the Foster City Costco in late April, while one Lucky’s was selling whole chickens for just $3.30 with inconsistent pricing a reflection of the uncertainty of the market.