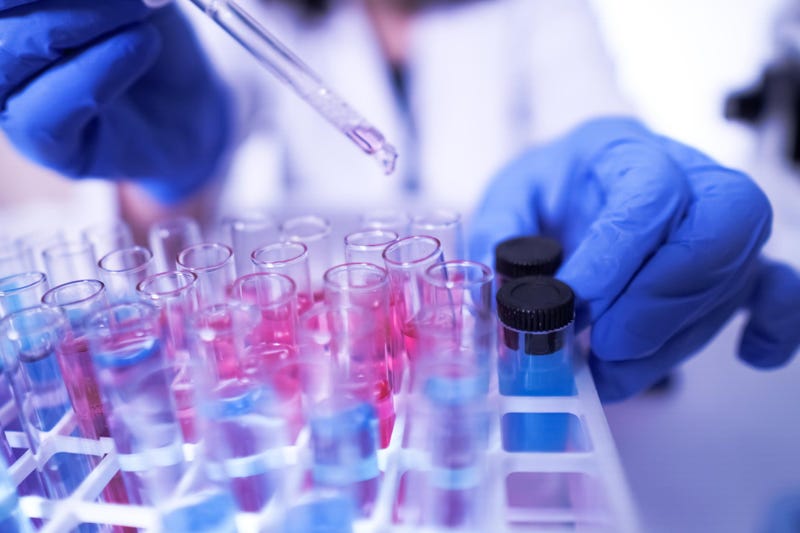 As the world awaits a coronavirus vaccine in anticipation of returning to a "normal life," scientists are still seeking funding to find the most effective ways to treat the virus with existing drugs.

Steve Kirsch is the founder of COVID-19 Early Treatment Fund (CETF) and wanted to look at what’s being done, and not being done, by talking to researchers he’s helped fund over the years to try and find a way to treat the virus early as someone who faces multiple risk factors himself.

"I tend to gravitate toward these more difficult problems, that when you solve them, they make a significant impact," he told KCBS Radio on Monday's "Ask An Expert" segment. "I put in a million dollars of my own money and raised another two million from other people like Jeff Skoll, Elon Musk and others."

"Once we raise that we can actually test all the most promising drugs that we have sitting on the shelves that can put a very rapid end to this," he said.

Kirsch explained that there are three general approaches in prevention and treatment: prevention by vaccine or monoclonal antibody; an antiviral given as early as possible to prevent the virus from replicating; and mitigation to prevent hospitalization.

CETF is currently focused on early treatment, which he said is going to lead to the best results.

"Treat it like you would a fire," Kirsch stressed.

Early treatment is dependent on early detection. He currently uses an Oura ring, technology from Finland that helps keep track of the body’s temperature at night, which is when to look for an elevated temperature. The next step after a positive coronavirus test is to enroll in a clinical trial at a facility like Stanford Health.

When asked about the role of interferons in the use of treatment and its status in research, he explained that on July 20, a UK company reported on published Phase Two data that showed a 79% reduced risk of hospitalized patients developing a severe disease and having to go on a ventilator.

Kirsch did emphasize, when asked about drugs like Favipiravir and Remdesivir, that, "antivirals do not kill a virus, they just keep it from replicating," and that they are best used as soon as the disease is detected because post-hospitalization could be too late.

He added that clinical trials are starting at Gilead for an inhaled version of Remdesivir, which looks promising.

While much of the coronavirus efforts have fixated on vaccines in recent weeks, Kirsch believes that the key is getting back to testing drugs for treatment.

"I read articles about global leaders where they’ve pledged $7 billion to vaccine research and I’m like, 'OK,' but for $20 million for rounding error we could test all the off-the-shelf drugs," he said. "These drugs are not being tested, which is the real crime here."

Kirsch touted Camostat as the "number one drug" from one of the world’s top coronavirus experts, and has only been tested in 16 patients, so far.

"The trial in the U.S. has been halted, not because it wasn’t effective - in fact it was remarkably effective - but they halted it because they wanted to try another drug, and they couldn’t feel like they had the resources to try two drugs," he explained.

Kirsch has encouraged those interested in seeing forward movement in treatment to donate to research efforts like CETF.

"Sitting back and letting the government handle this has not been a successful strategy, so far, in dealing with this virus," he said.

You can be confident your donation will fund only the most promising #COVID19 treatment research because every clinical trial we fund has been reviewed extensively by our world-class Scientific Advisory Board. Learn more: https://t.co/Qfri2npXZE pic.twitter.com/dHMqYShJUC

Written by Mallory Somera, with reporting contributed by Stan Bunger.

Teen Dies of COVID-19 After Treatment With Unapproved Drugs