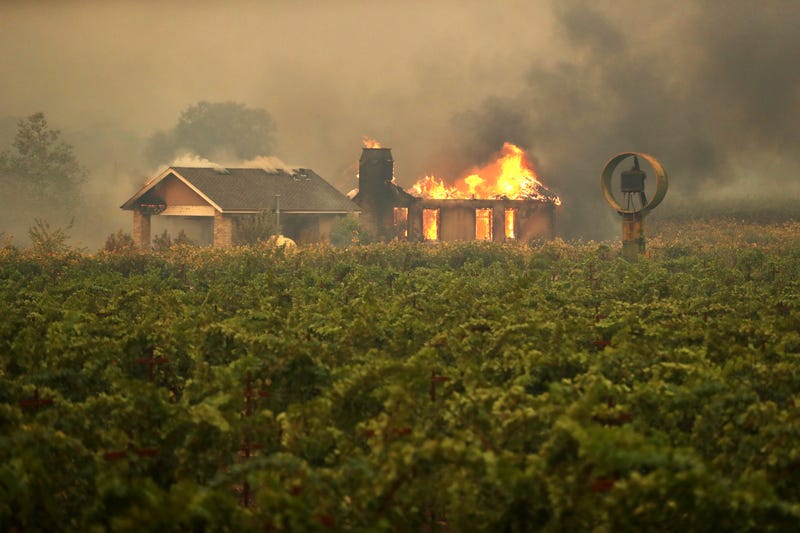 PG&E has filed an incident report with state regulators about an equipment failure near the area and around the time the Kincade Fire began in Sonoma County.

Pacific Gas & Electric has admitted to state regulators in an incident report that its equipment failed at approximately the same time and near the area where the raging Kincade Fire began Wednesday.

The cause of the fire, which has grown to 21,900 acres and is 5% contained on Friday morning, is unknown, according to Cal Fire.

PG&E, however, has acknowledged to the California Public Utilities Commission that it discovered an outage on a transmission line near Geyserville on 9:20 p.m. on Wednesday. A PG&E inspector the following morning saw "what appeared to be a broken jumper" on one of its towers, which had been cordoned off by firefighters.

The company said the nformation is "preliminary" and is not a conclusion about the fire's cause.

Although PG&E had turned off electricity to thousands of customers through its distribution lines, the company said transmission lines, like the one that apparently failed, had remained energized.

Those wires still carried electricity, because the threshold for turning off the transmission lines during extreme weather conditions is higher than the standards for distribution lines, the company said.