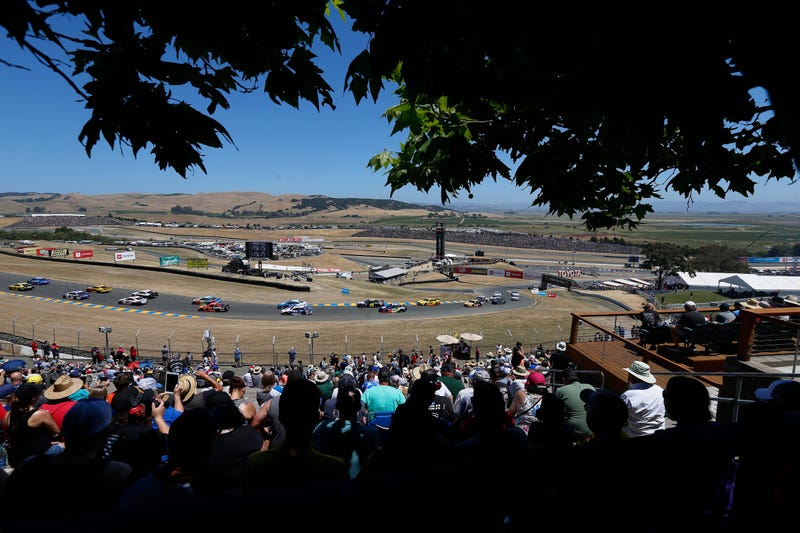 A makeshift noose was found hanging from a tree at the Sonoma Raceway on Saturday.

Raceway President Steve Page said a “piece of twine tied in what appeared to be a noose” was found hanging from a tree behind a former administrative building, where office and workshop space is now leased to about 100 tenants.

The Sonoma County Sheriff’s Office is now investigating the incident as a hate crime.

“The raceway was fully cooperative and continues to be cooperative,” said Sheriff’s Office spokesperson Misti Wood. “We’re also working with our violent crimes detective and using their expertise as well.”

Page said he has also asked staff and on-site business tenants to share any information or “any possible alternative explanation."

The raceway was closed over the weekend due the coronavirus pandemic.

“This is very very rare for us to receive a call like this,” Wood said. “So it is concerning I think, given the national context of what’s going on right now and also for our local community. We know this is something we don’t want in our community.”

The discovery comes amid a period of racial reckoning for racing. NASCAR recently banned the Confederate flag from races, a decision that has been met with controversy among fans. One day after the noose was found at Sonoma, another noose was found in the garage of NASCAR driver Bubba Wallace at Talladega Superspeedway in Alabama. Wallace is the only full-time Black driver in NASCAR and was also instrumental in the sport’s Confederate flag ban.

The Sonoma Raceway previously banned the Confederate flag back in 2018.