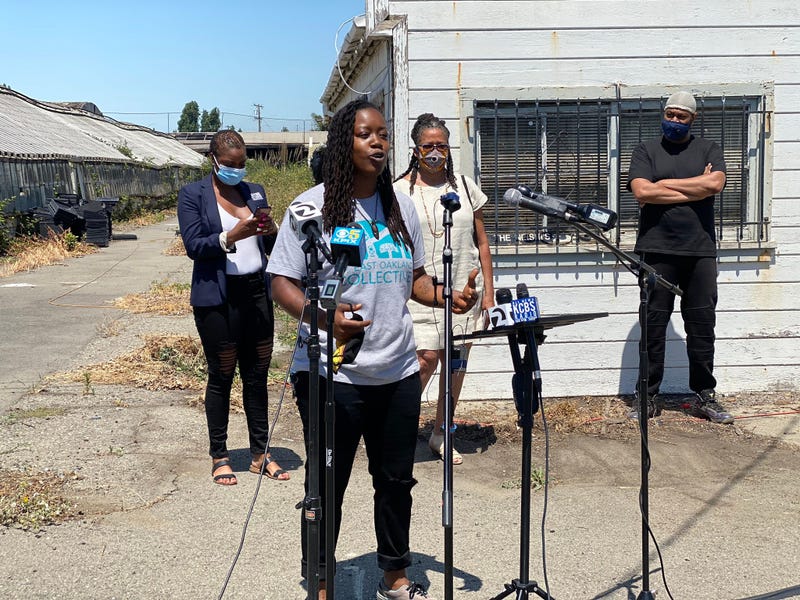 Millions of dollars in grant money is going to neighborhood projects in East Oakland.

The City of Oakland has been awarded $28.2 million in state funding from the California Strategic Growth Council for five East Oakland projects that Mayor Libby Schaaf said will provide economic, environmental and health benefits to communities of color.

"Starting today, it’s exactly what people have been marching through the streets over," Mayor Schaaf said. "That is a self-determined sense of safety, security, dignity and justice."

Projects include 55 units of affordable housing, a health clinic, a trail along San Leandro Creek, 2,000 trees planted in the area, a bike sharing program and nursery near Sobrante Park in East Oakland that Gavin Raiders is working on with Planting Justice.

"This three-acre site, a former nursery, is going to be producing nearly 200,000 pounds of organic produce each year and helping long-term Oakland residents to replicate this model on empty lots throughout the city," Raiders said.

The mayor hoped the projects will benefit low-income communities of color.

"To build resilience, to build a sense of purpose, voice and power. That is what is starting today," Mayor Schaaf said.

The work will take place over the next five years.

See a map of where the "Better Neighborhoods, Same Neighbors" grant money will be put into action here.