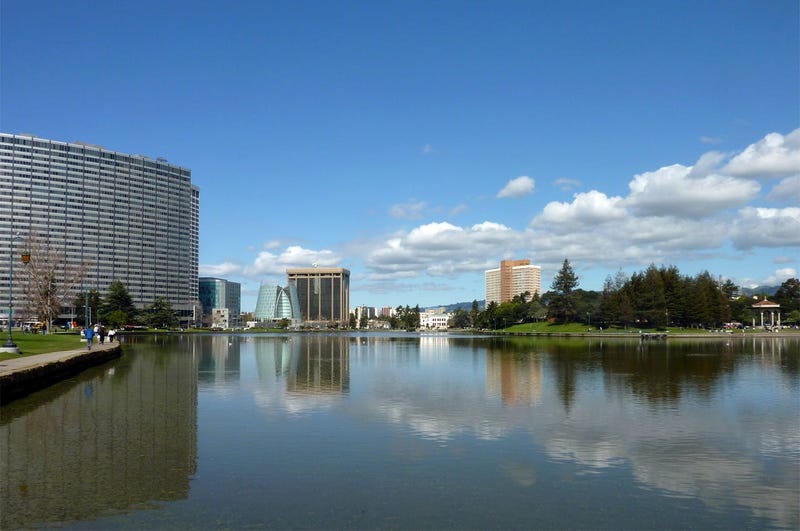 Oakland Police are investigating after several nooses were found hanging from trees around Lake Merritt.

Mayor Libby Schaaf said in a statement the alleged nooses have been removed and officials are investigating it as a hate crime.

"I’m walking the lake and I see in my peripheral, a string swinging. I stop and stare for a second, then I walk and get a closer look," she said in a Facebook livestream. "And I was like, 'Oh no, am I really looking at what I think I’m looking at?'"

Freeman notified the city and public works employees have since taken them down. There are reports that a man has come forward to hanging the ropes but says he was using them to hang a swing set for his children.

But Freeman is skeptical of that explanation.

In her original video, the end of the rope is a significant distance from the ground.

Mayor Schaaf spoke with the media late Wednesday. She said regardless of the intent, there is no confusion over the impact it has on the black community.

"The intentions will matter with regards to whether this is prosecuted as a hate crime," Mayor Schaaf said. "But intentions don't matter when it comes to terrorizing the public. These symbols are symbols of racial violence and its incumbent upon all of us to have that sensitivity, to have that knowledge."

The discovery comes as investigators with the FBI and Department of Justice are investigating the recent deaths of Robert Fuller in Palmdale and Malcolm Harsch in Victorville. Both men were found hanging from trees in public spaces and were initially ruled as suicides before loved ones pushed law enforcement to continue to investigate.

"The fact that we had an extremist charged with the murder of Patrick Underwood, an extremist group The Bugaloo, that is trying to ferment a race war, we have to see this moment for what it is, a reckoning," Mayor Schaaf said.