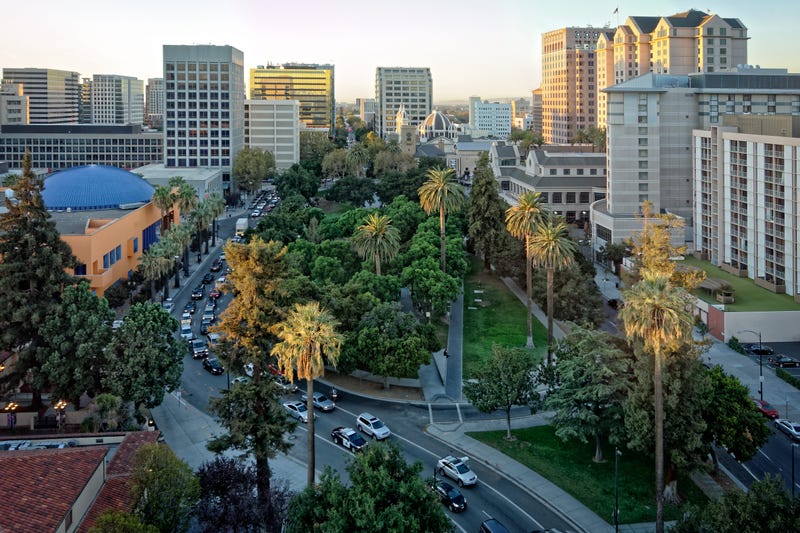 Photo credit Getty Images
By Bob Pryor, KCBS All News 106.9FM and 740AM

Looking for some fun ways to pass the time this weekend? KCBS Radio has got you covered with this guide for things to do in the San Francisco Bay Area. Look for it every Friday.

Sunday looks to be a most eventful day this weekend, with Viva CalleSJ closing six miles of streets in San Jose, and, in San Francisco, Sunday Streets taking over Western Addition thoroughfares. Also on Sunday afternoon, the 49ers meet the Pittsburgh Steelers in the Niners’ regular-season home opener at Levi’s Stadium.

Of course, Saturday has its share of events: Opera at the Park takes place at Oracle Stadium on Saturday night, vying with a Janet Jackson concert at the Chase Center. And for two-day recreation, East Bay festival-goers have their choice of Newark Days or the Lafayette Art, Wine, and Music Festival. There are more options below.

Sun, Sep 22 from 10am-3pm: San Jose: Viva CalleSJ closes six miles of San Jose streets so people can walk, bike, skate, play, and explore the city. The route this time is called “Parks to Roses” because it runs between Backesto Park and the Municipal Rose Garden, with Arena Green in the middle. All three of these are “activity hubs”,,which feature live music, vendors, food, activities, and bike parking.

Sat, Sep 21 starting at 9am; and Sun, Sep 22 starting at 10am: It's time for the annual Newark Days celebration, which continues through the weekend after starting Thursday at Newark Community Center Park. There will be a "fun run and walk," parade, carnival rides and a ca and truck show, plus more.

Sat, Sep 21 at 4pm: Stanford Stadium: Cardinal at home against the University of Oregon Ducks.

Sat, Sep 21 at 7:30pm: Oracle Stadium does ‘Opera at the Park,’ simulcasting the Opera’s performance of “Romeo and Juliet” at the War Memorial Opera House onto the park’s new 71-foot high x 153-feet wide HD Video Board.

Sun, Sep 22 from 11am-4pm: Sunday Streets takes place in the Western Addition, which actually spreads into parts of the Panhandle, Fillmore and Japantown neighborhoods. There will be multiple streets that will be off-limits to traffic and parked cars until 4pm.

There will be the annual“Save Our Music” Vacaville Jazz Festival taking place in two locations, Downtown Square and the Nut Tree, It features more than 30 bands and vocal groups. Military Tribute on Sunday includes USAF Band of the Golden West “The Commanders” at Nut Tree.